The Wrapping is Always the Best Part - #ThrowbackThursday 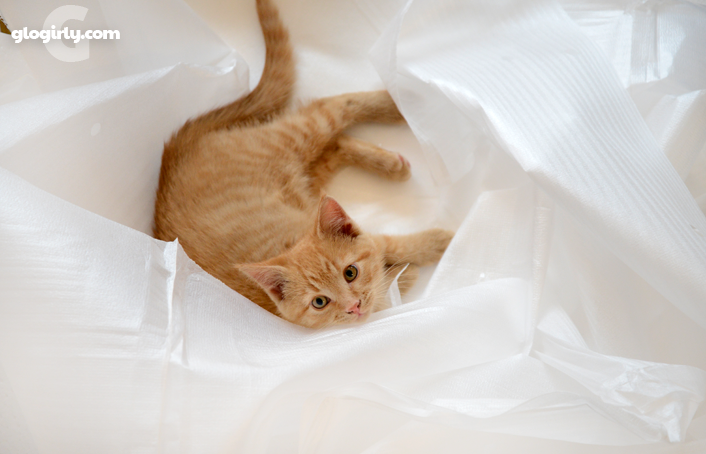 KATIE:  That's not a cat tower, Waffles. That's the wrapping the cat tower came in.

WAFFLES:  So it's kind of like a gift with purchase?

KATIE:  Waffles, what do you think this is? A department store cosmetic counter? No, it's just the foam wrapping the cat tower was shipped in.

WAFFLES:  So did we have to pay extra for it?

KATIE:  No Waffles, it's just the wrapping. I'm sure we'll just throw it away.

WAFFLES:  You mean in the GARBAGE??? 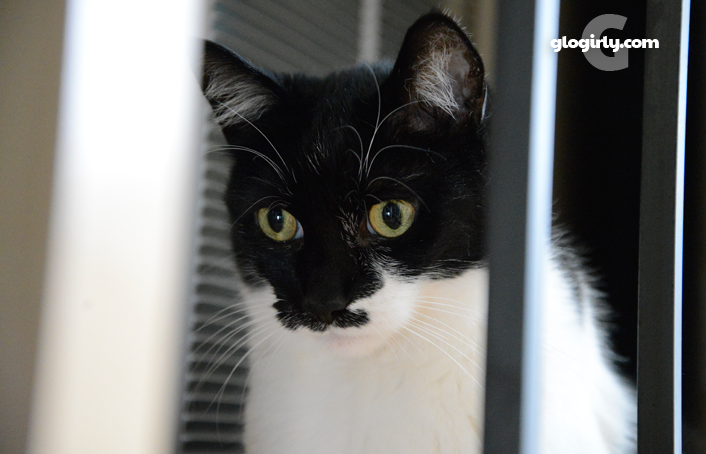 KATIE:  Why oh why did the door to the kitten quarantine room have to open?

WAFFLES:  What did you say, Boss? 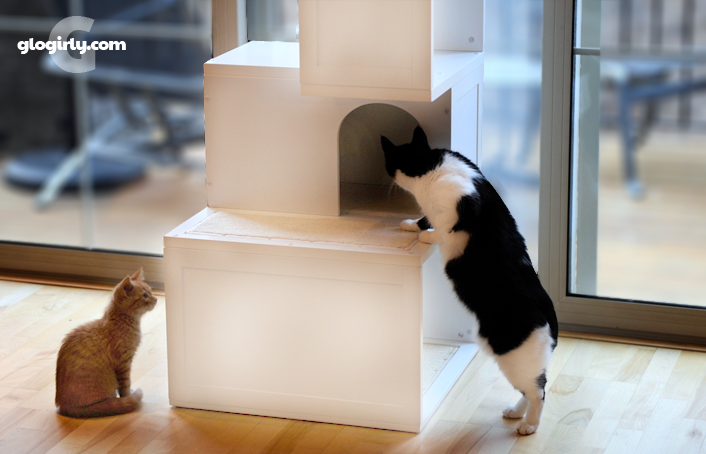 Wall of today's photos were taken on 12-12-12. Twelve used  to be Glogirly's lucky number. That is until this. Knowing a crazy height obsessed kitten would soon be sprung fro kitten quarantine, we decided a cat tower was in order. To say it was like assembling furniture from IKEA blindfolded and with only one hand is an understatement. Granted we love our tower and still use it everyday. But the assembly process was... well, Glogirly really has no words. At least no words appropriate for public consumption.

It took about 8 hours to assemble and was one of those things where there are mystery parts left over. It's still standing, so hopefully those parts were optional.