KATIE:  I don't know, Waffles. You were the last one to change it.

WAFFLES:  Oh yeah, it's something like I M AWESOME.  Oh wait, no. It's CHICKEN.  Totally chicken. 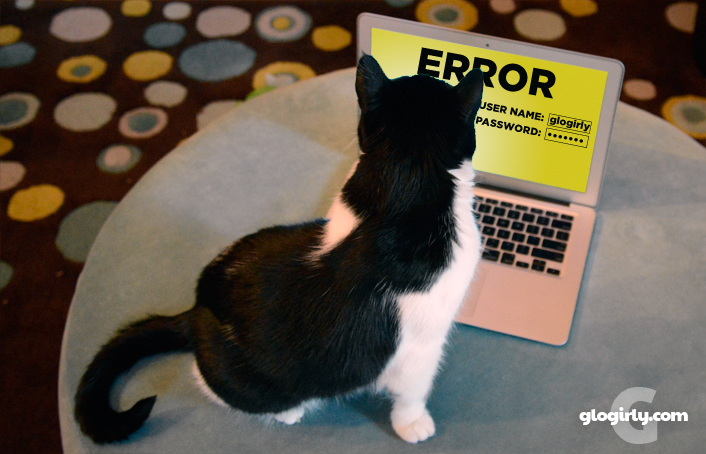 WAFFLES:  Not SEA CHICKEN, Boss. There's no such thing as a sea chicken. Is there?? Ok no, just CHICKEN.

KATIE:  No, Waffles, I don't mean Sea CHICKEN. I get that it's chicken. I just want to know what's upper case and what's not. 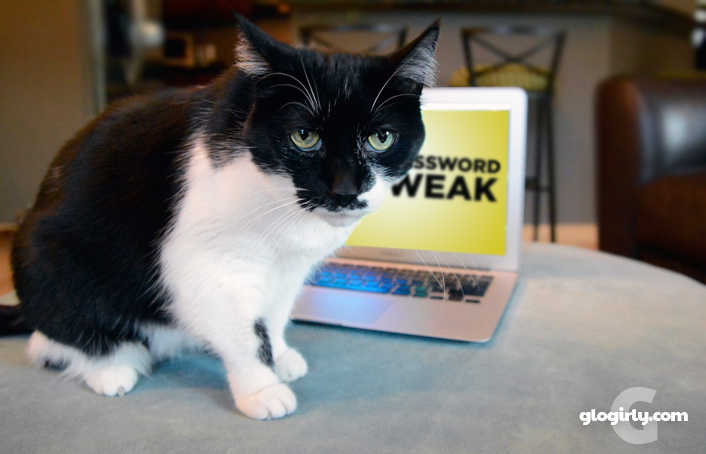 KATIE:  Uh yeah, it says your password is WEAK. True on so many levels.

The Story Behind the Story:
Today Glogirly got a huge laugh out of an email exchange she had with a fellow Cat Writers Association member. Her friend sent her some login credentials for the CWA blog. (Glogirly has a guest post that will be publishing sometime this week!) The temporary password she assigned to Glogirly was WAFFLES.

Of course there was quite a protest once I got wind of this. What about KATIE? Or perhaps KatieIsBEAUTIFUL? KatieIsSMART would work too. But WAFFLES??? So Glogirly emailed her back and told her I was more than a little upset, upon which we received this prompt reply:


"Tell Katie the computer told me that password was WEAK"  *giggle*

To which Glogirly burst into giggles and guffaws.
Do passwords make you as crazy as us?