Oops, He Did it Again 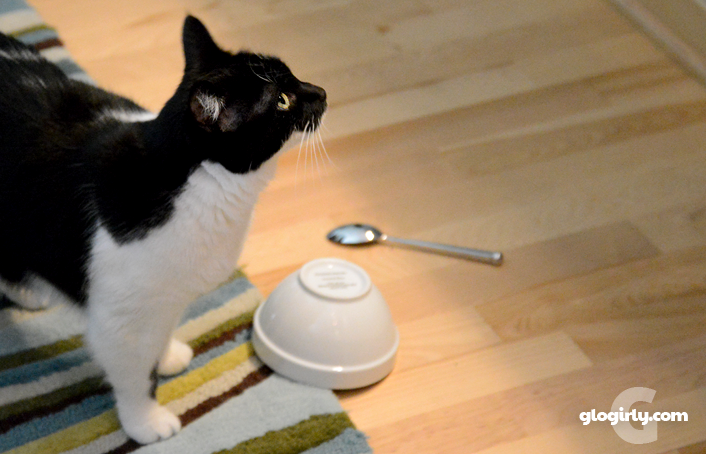 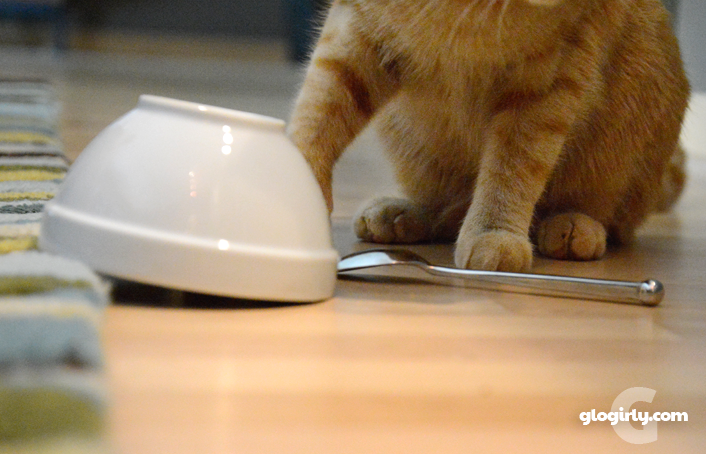 KATIE:  Done what??? What do you mean, done what? You're standing right there by the evidence. 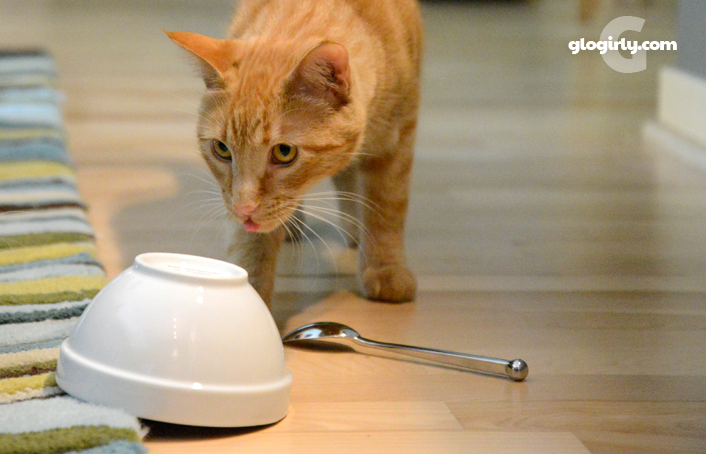 WAFFLES:  No I'm not, Boss. I'm standing by the cereal bowl.

KATIE:  That you knocked off the table onto the floor.

WAFFLES:  I didn't knock it, Boss. I pushed it.

KATIE:  Oh, well then. That changes everything. *rolls eyes* You KNOW that's just going to get you in trouble.

WAFFLES:  Yeah, but the captain made me do it. The captain would never steer me wrong. 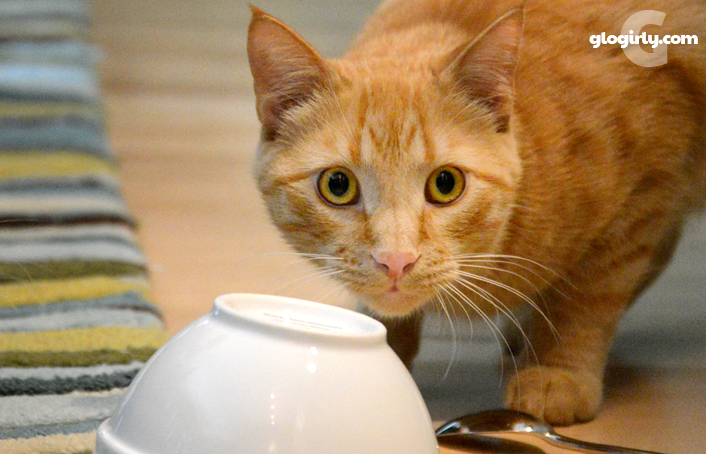 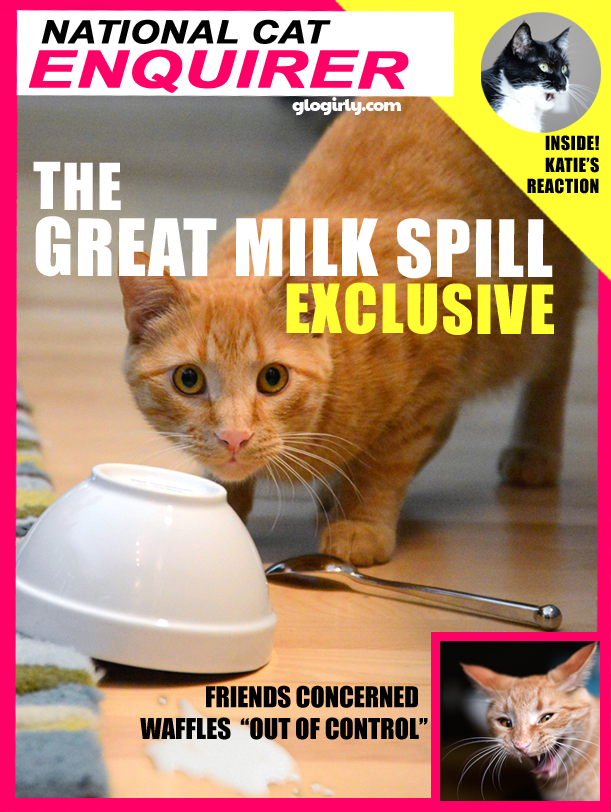 Today's pics are over a year old...taken way back in August of 2013 for a funny post we published called The Great Milk Spill. Although the photos were a dramatization, they were based on actual events. Events that just seem to keep repeating themselves over and over and over again. Bowls, glasses, spoons, plastic baggies, cold pizza... if it's on a table or the counter, Waffles is never far away.

We employed a little Photoshop magic to create the spilt milk for the original post. But trust us... the story behind the photos was ALL true. HBO words and all.

So what would make headlines in YOUR house?

Labels: GLOGIRLY-Tails Of A Cat And Her Girl, Great Milk Spill