Kitty Lounger, Party of One 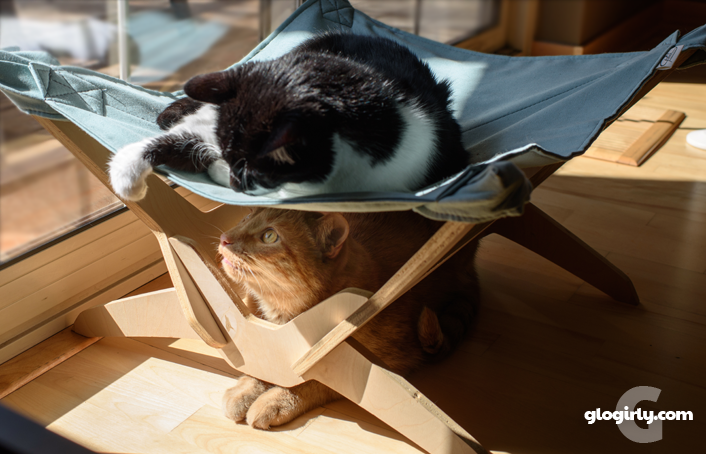 KATIE:  So Waffles. This isn't a lounger for two you know.

WAFFLES:  I know, Boss. I'm just waiting for my turn.

KATIE:  Do you have reservations?

WAFFLES:  Reservations? No, I'm pretty sure I want to sit in the lounger.

KATIE:  No Waffles, I mean did you MAKE reservations.

WAFFLES:  No, it was all booked up. I thought I'd try a walk in.

KATIE:  Waffles, you know it's rude to hover over someone while you wait for them to leave. 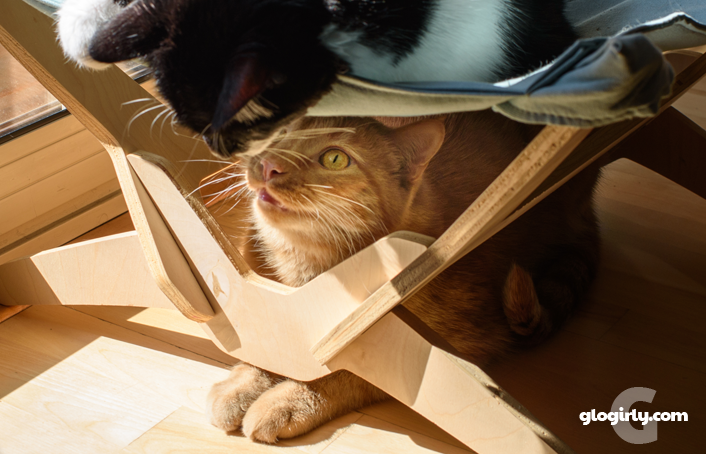 WAFFLES:  I'm not hovering over you Boss, I'm hovering under you. 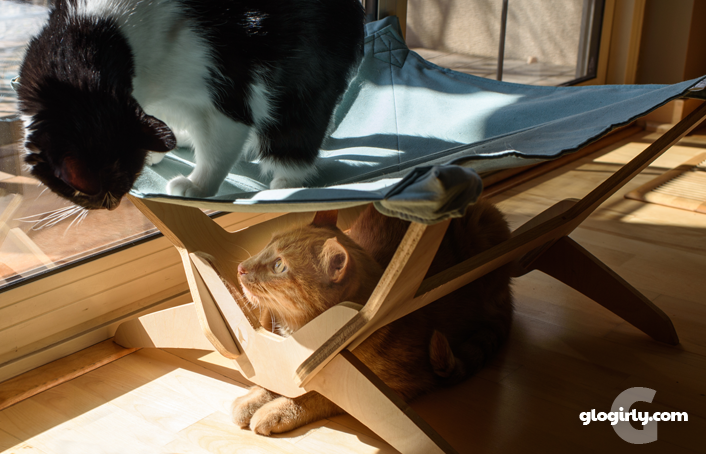 About Today's Photos
It's rare to be camera-ready when Katie and Waffles go nose to nose. But yesterday that's exactly what happened. Katie was enjoying her me-time in the sun, relaxing on one of many loungers we have throughout the townhouse. Sun or shade, if Katie's sitting in a lounger, Waffles wants a piece of it. A large piece.

Once a confrontation has commenced, there's bound to be some fireworks.

So the burning question remains... Who got the lounger?

After a swift whap of the paw, Katie retreated to the kitchen, making sure some food hadn't magically appeared in her dish. As usual, Waffles followed. Once the coast was clear, Katie went back to the lounger to claim victory and her place in the sun.

Labels: Funnies, GLOGIRLY-Tails Of A Cat And Her Girl, Peach Industries Kitty Lounger