Plucked from the Headlines: A Chicken Whodunnit 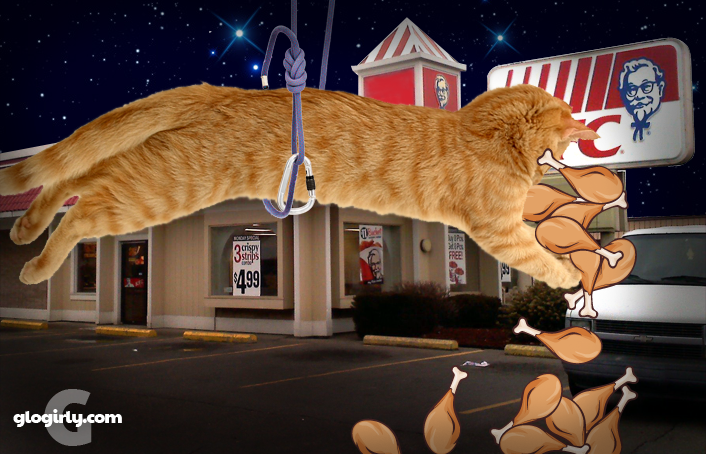 Breaking News
Facebook was all aflutter yesterday with news of a Toledo KFC chicken heist. According to the Toledo Police Department, *someone* made off with hundreds of family-sized-buckets worth of chicken from a local KFC. The unknown *suspect* or suspects broke into a refrigerated storage shed before they "flew the coop with $3,000 worth of chicken."

This is the stuff of which blockbuster movies are made. "Chicken Impossible" perhaps? Coming to a big screen near you!

The news broke fast, making headlines across the country. ... or at least in Toledo.

Swirling Suspicions
Meanwhile back in Minneapolis, fans of the GLOGIRLY cat blog are connecting the dots. Waffles, an orange tabby with sticky paws and a well-documented chicken obsession, has been seen breaking into cupboards, cabinets and closets. It's true he often ends up locking himself inside, but he's been hard at work purr-fecting his tradecraft.

So where WAS Waffles yesterday?
Sources indicate Glogirly was busy working on taxes yesterday and barely had time to feed Waffles and fellow Townhouse cat Katie. Yet Waffles' breath is rumored to smell like 11 secret herbs and spices. Coincidence? 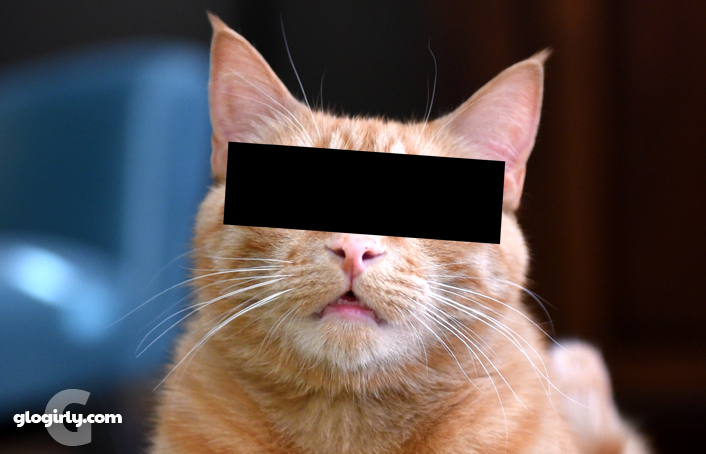 Labels: GLOGIRLY-Tails Of A Cat And Her Girl, KFC