Waffles Learns How To Pick Up Chicks 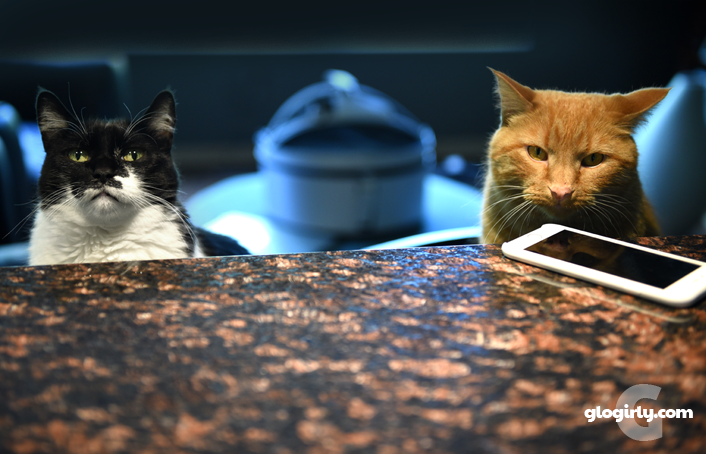 KATIE:  Seriously? You're going to use that line on me?

WAFFLES:  Ok. How about this? Hey, can I get your digits so we can FaceTime?

KATIE:  Waffles, you're already in my face 24/7. The last thing I'm going to do is FaceTime you. And mitts off my digits. 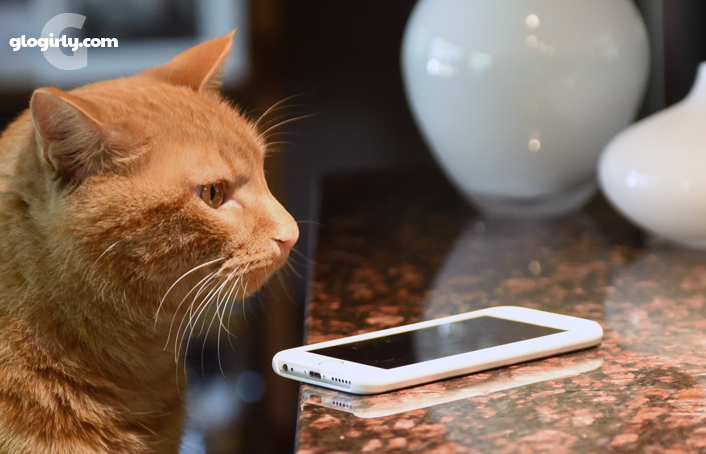 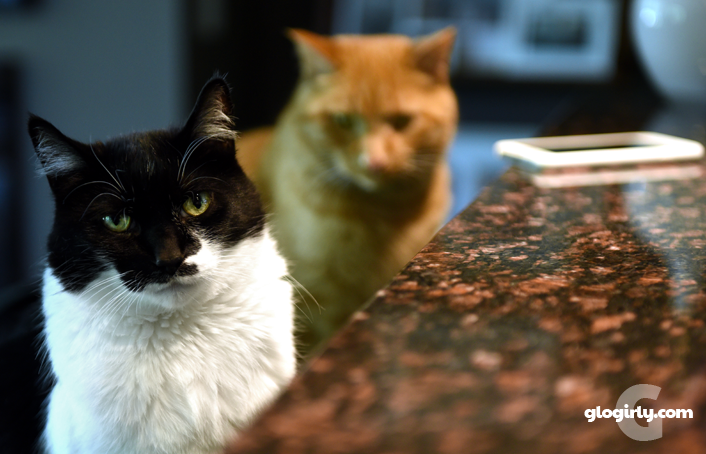 KATIE:  Waffles, you've got a lot to learn about girl cats.

WAFFLES: So what am I supposed to say?

KATIE: Well, you should say nice things. Compliment her. Tell her you like her fur...

KATIE:  Waffles, you need to romance it. "I love your furs... how do you keep them so silky-soft?"

WAFFLES:  Thanks, Boss. I lick them everyday. 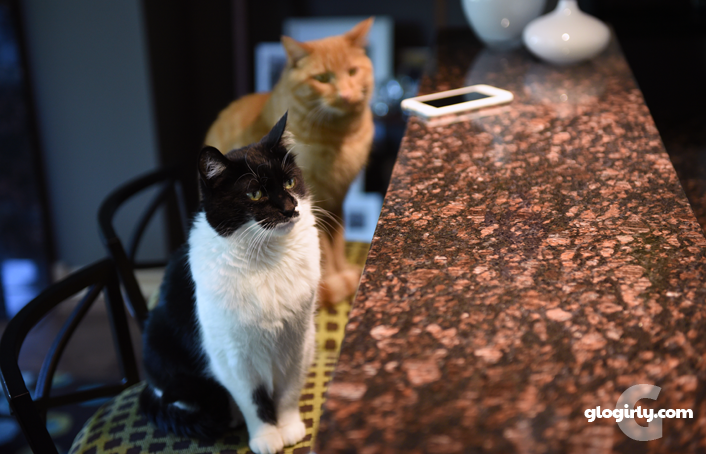 KATIE:  No Waffles, you're supposed to ask ME how I keep MY fur so soft. 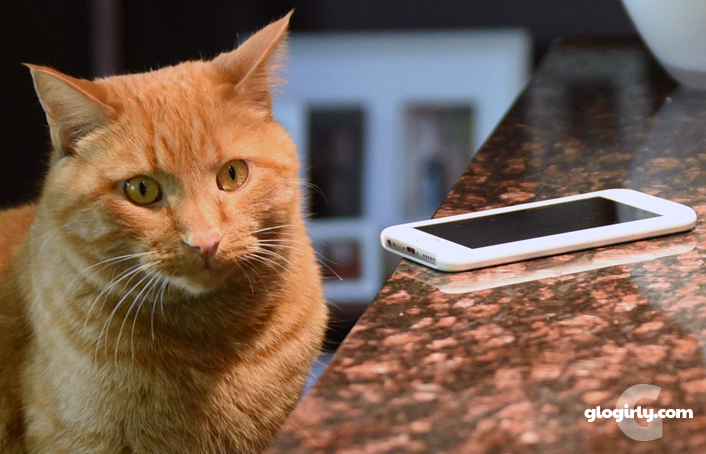 WAFFLES:  But I already know. You lick yours like elebenty billion times a day. That's why you cough up all those nasty hairballs and have to eat that gooey hairball stuff.

KATIE: WAFFLES! If you want to impress the ladies, do NOT bring up hairballs. Ok, let's try this again. Just say, "Hello, my name is Waffles. What's your name?"

KATIE:  Take it down a notch, Waffles. A little lower. 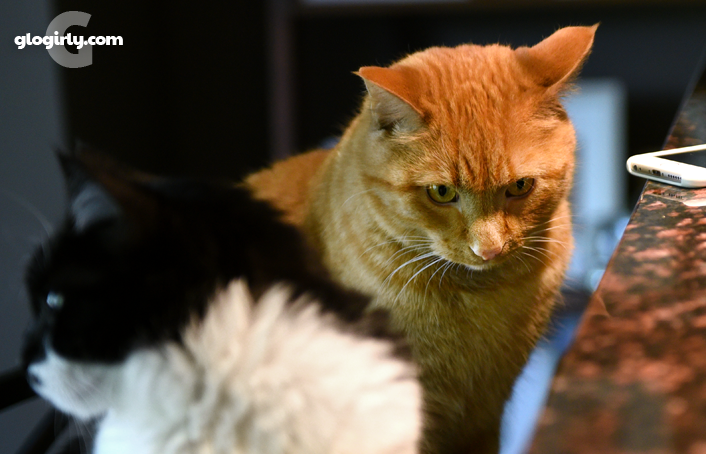 It was about 4:45pm. Katie and Waffles were getting ready to get ready for dinner. Glogirly was emptying the dishwasher when she looked up and saw what you see in that first photo. She's learned to always keep her camera close so she grabbed it and started shooting. There was plenty of grumbling about the light too. Something about bright daylight from the windows behind and harsh light above from the kitchen pendants.

Katie and Waffles didn't care. They didn't even care that they were sitting just inches apart. They had bigger and better things on their mind. It was after all, now 4:59pm.
Labels: Funnies, GLOGIRLY-Tails Of A Cat And Her Girl