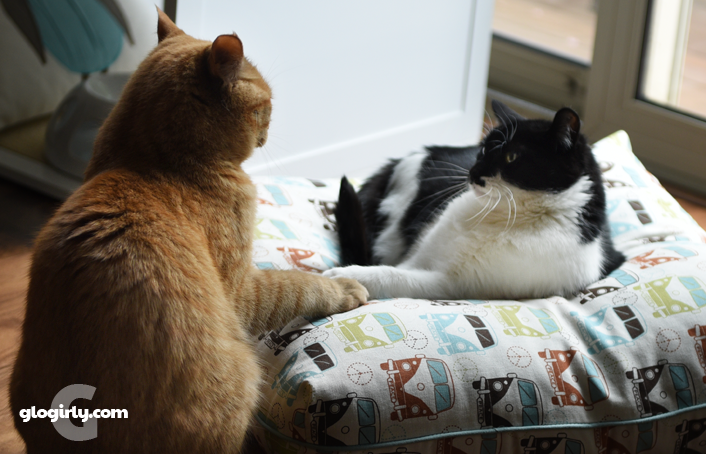 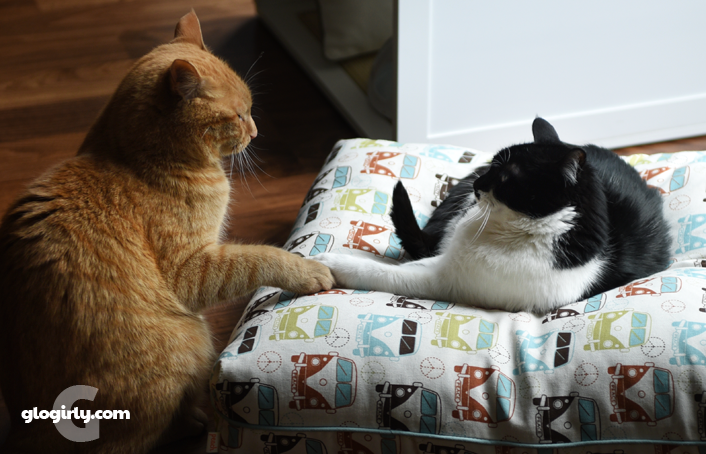 Waffles is fascinated with Katie. Always has been He SO wants to engage. After breakfast, Katie trotted over to one of her favorite hang out spots - her big soft pillow by the sliding glass doors. It's one of the few spots Waffles usually lets her be. Until Saturday. 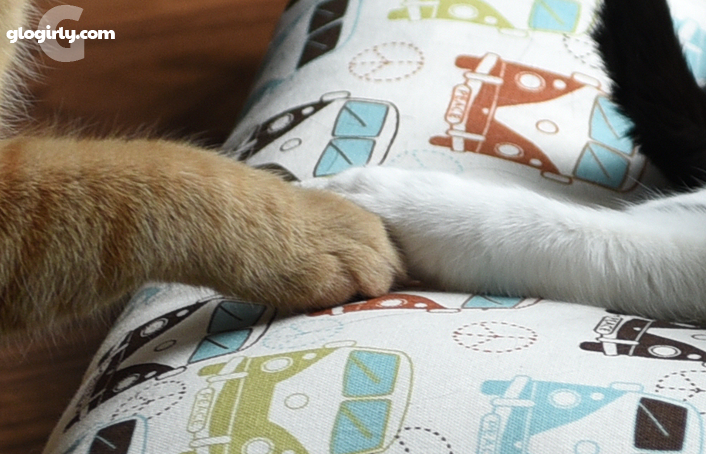