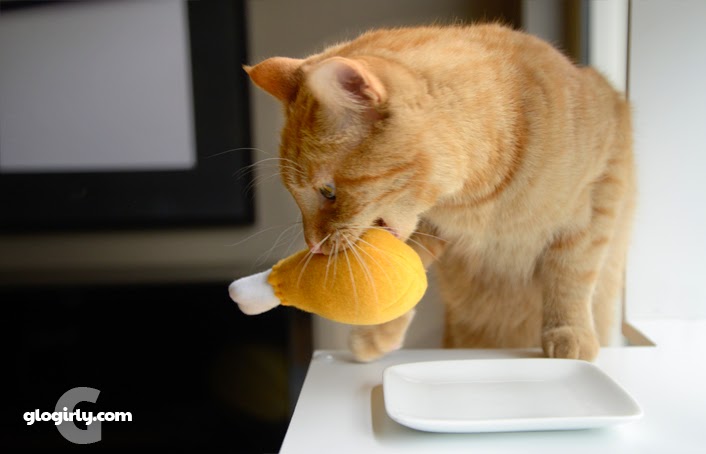 WAFFLES:  Hey Boss!!! Check out my chicken!!! You'll never guess who gave it to me!

KATIE:  What do you mean, you don't know? 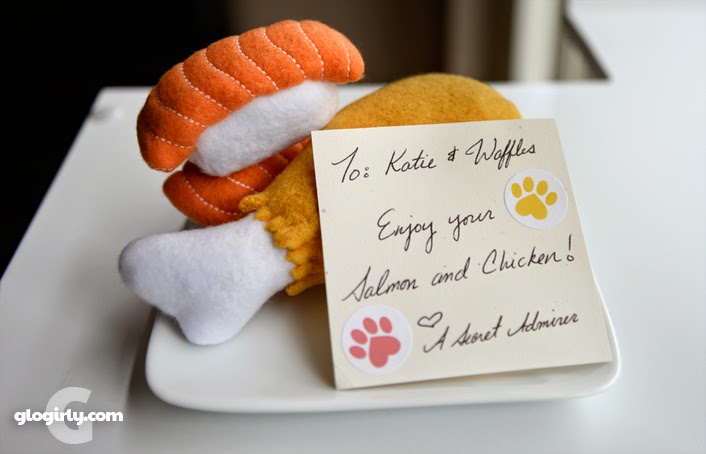 WAFFLES:  It's a SECRET!

KATIE:  It's from a Secret Admirer, Waffles.

KATIE:  Only two *er's* Waffles. A secret admirer is someone who really, really likes us but doesn't want to divulge their identity. And considering they sent you a chicken drumstick me some sushi salmon, I'd say they must read our blog pretty regularly. 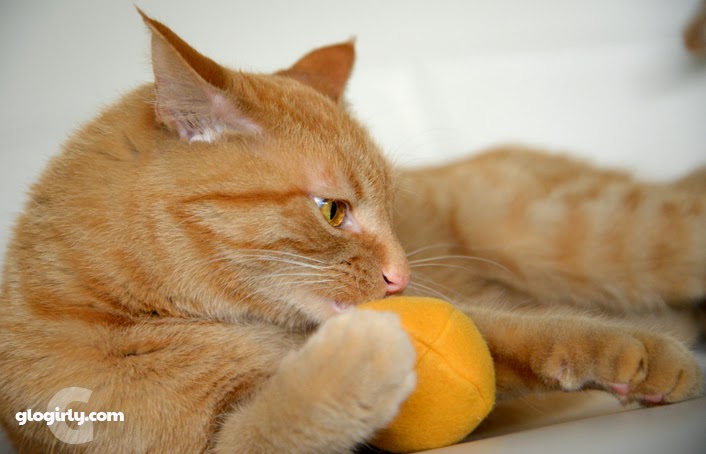 WAFFLES:  I LOVE my Secret Admirer!!! She gave me CHICKEN!!! She must be the coolest secret admirer person on EARTH!!!  She's so cool, I wonder if she wants to marry me! Maybe I should ask her, huh Boss? 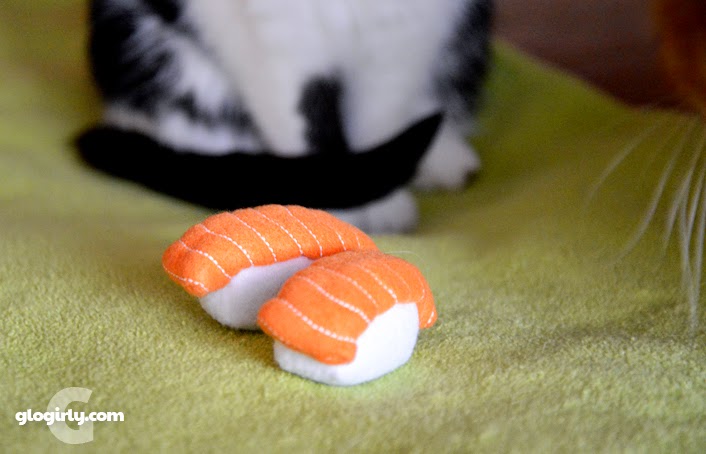 WAFFLES:  *sigh*  I wish there was a way for my Secret Admirer to know how much I love her. And my chicken. 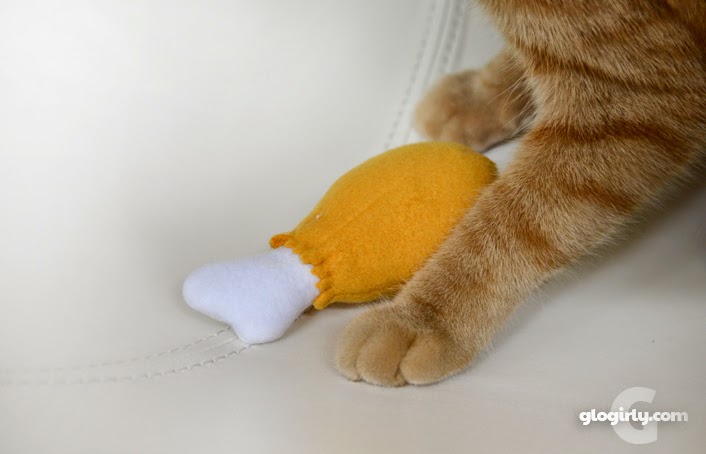 KATIE:  Waffles, if she reads our blog, she already knows.

LOVE!
We may not know who our Secret Admirer is, but we DO know where these beautiful toys came from! They're from a sweet little Etsy shop called Whimsily Ever After.  Shelly Rinker is the clever and talented cat lover and toy maker behind this adorable collection of kitty playthings.

The attention to detail brings these wonderful toys to life. From the stitching on the salmon to the jagged edge where the chicken meets the drummie, the special touches Shelly gives her toys really set them apart. In fact, Shelly spent the majority of her career designing for the children's toy industry. We're sure happy she decided to turn her attention to CATS!

Lick-Proof Flannel
Shelly's toys are all crafted from flannel as opposed to felt and are incredibly durable...especially for kitties who love to feverishly lick their toys. (uh, Waffles???) Filled with organic, USA-grown catnip and fluffy fiberfill, they're extremely lightweight and perfect for batting around the floor and tossing into the air. She also makes them without catnip, though we can't imagine why anyone would pass on such premium nip! 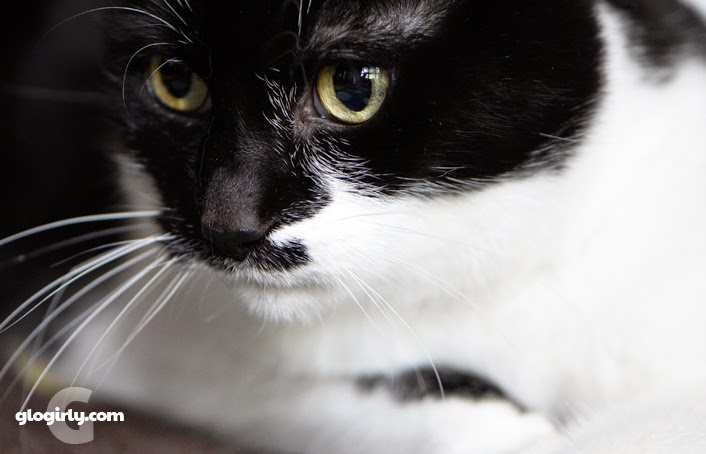 Thank You
Thank you to our Secret Admirer for your incredibly thoughtful gift... what a surprise it was to open up such a beautiful and personalized package! And thank you to Miss Shelly for creating these purr-fectly special kitty toys.

Labels: Etsy, GLOGIRLY-Tails Of A Cat And Her Girl, Secret Admirer, Whimsily Ever After