When Big is Small & Small is Big #ThrowbackThursday KATIE:  Stick to your own side, Waffles. No encroaching.

KATIE:  Just stay on your side of the food dish, try not to touch me and you won't have to find out, ok? 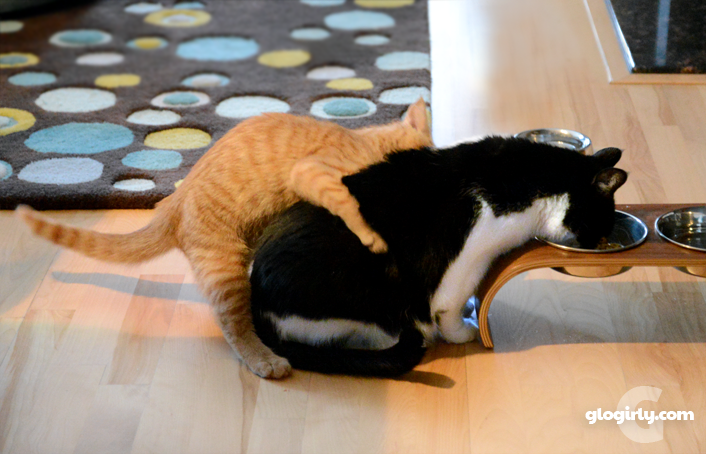 WAFFLES:  How 'bout a hug, Boss? Does this count as coaching?

KATIE:  Encroaching, Waffles. ENCROACHING. And as a matter of fact, yes. That counts.

Size is All Relative
Those of you that had a chance to meet Katie & Waffles in-the-fur have all said the same thing. That is, after the gasps and shrieks subsided.

"Katie is SO petite!"

Years ago, Katie was actually up to about 12.5 pounds which was admittedly much too heavy for her girly frame. Sometimes when we post older photos of her, it becomes very apparent. It didn't seem like a lot of extra weight at the time, but now that she's at her ideal weight of about 9.7 pounds, it's easy to see how much healthier and happier she is. She moves with a quick and quiet grace... especially when it comes to the kitchen counters.

Although Waffles is only about one pound heavier than Katie, he's definitely a hunka mancat muscle. While Katie feels light as a feather (you'll have to take Glogirly's word for it since NO ONE picks up Katie other than her or Gloman) Waffles feels almost twice her weight. Must be all those wand toy workouts. 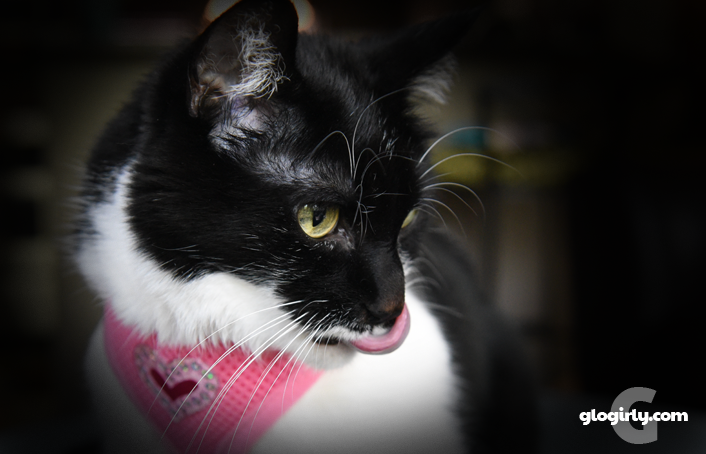 KATIE:  I may be petite on the outside, but let's not forget who's large and in charge. Ok, Waffles?  Waffles??? 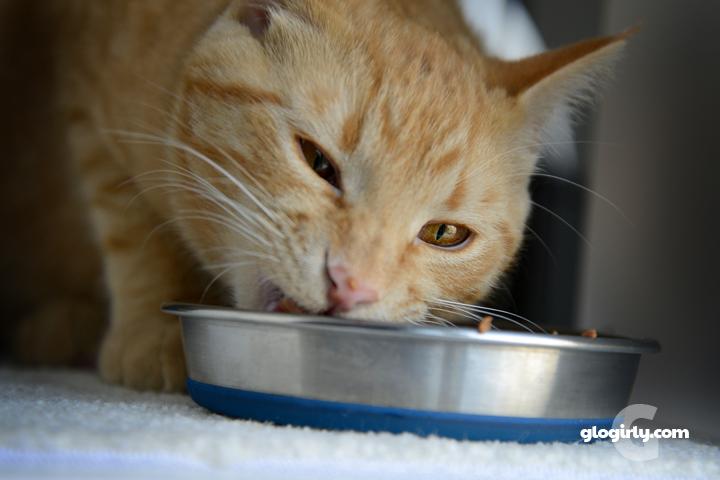