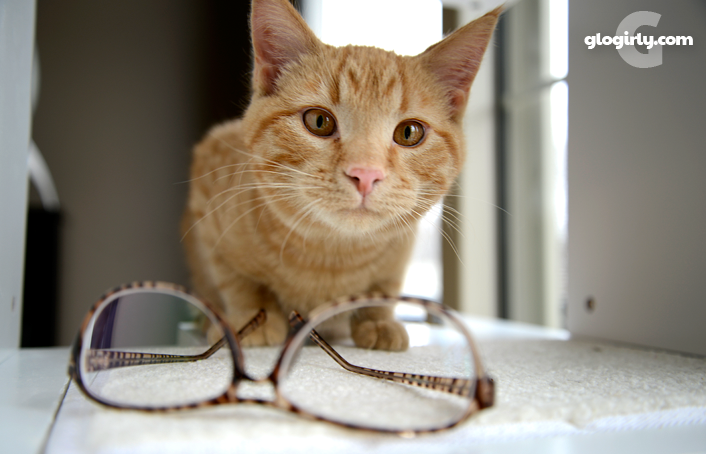 KATIE:  No Waffles, the glasses are upside down and out of focus.

WAFFLES:  I think you're just nearsighted.

KATIE:  Waffles, if you're going to pose for product reviews, you'll have to do better than that.

WAFFLES:  But aren't we supposed to be reviewing stuff like chicken treats and chicken food and chicken? Glasses??? I don't even wear glasses. 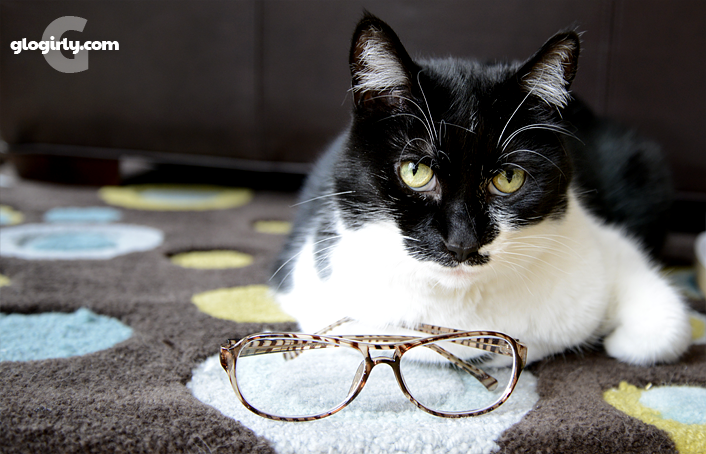 KATIE:  Waffles, you're probably a little too wet behind the ears to understand. We reviewed these glasses as a joke.

KATIE:  Not exactly. You know all those crazy emails we get from companies wanting us to write about their products? The ones that don't bother to look at our blog and realize we're CATS?

WAFFLES:  Oh yeah. Like the hair removal one?  That was SO not funny.

KATIE:  Right. And don't forget the online dating service. But this time, when Glogirly read the email from the glasses people she decided to have some fun and just go along with it. Unfortunately I don't think the glasses people spoke very good English so they didn't get the joke.

WAFFLES:  I KNEW it should have been a Knock-Knock joke. 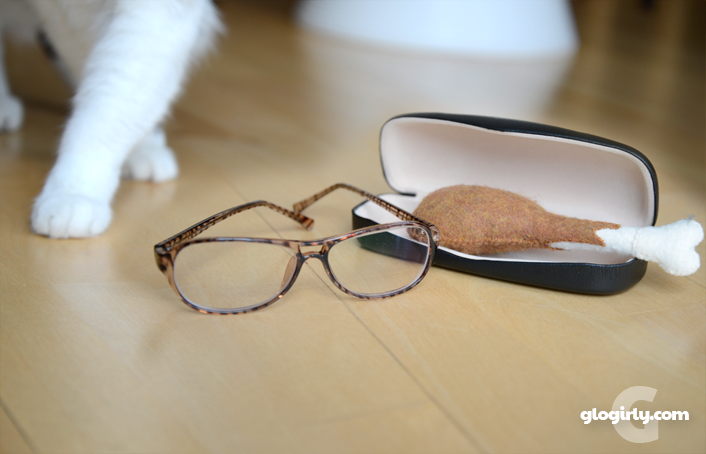 KATIE:  Ok Waffles. This next pose is complicated, but it shows off the product nicely. I call it the crossover paw pose. The product should always be the hero, so be sure to not block it or knock it over. 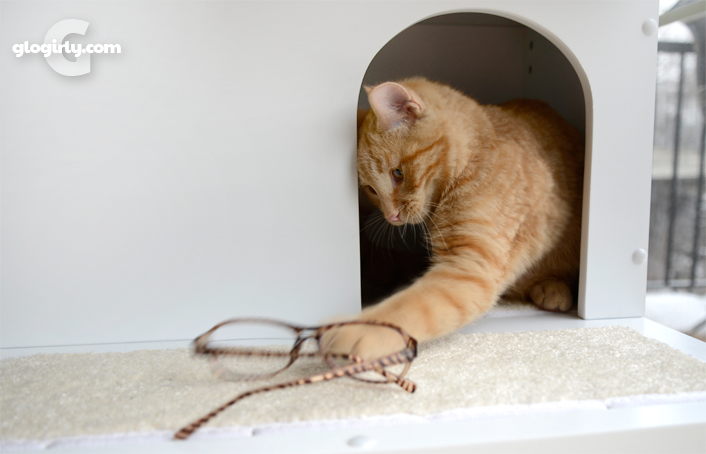 About Today's Photos
Today's photo shoot was for one of our very first product reviews. Although it was indeed a legitimate review, (Glogirly even got a free pair of glasses out of the deal) we did it as a joke.

We receive SO many emails from different companies, many of which don't take the time to get to know our blog or who we are. Most of them don't even know we're CATS. So we decided to have a little fun with the glasses people.

It's still one of our favorite product reviews ever. In case you missed it, get ready for some giggles:
Looking at the World Through My Firmoo Glasses