WAFFLES:  Hey! What was THAT for? 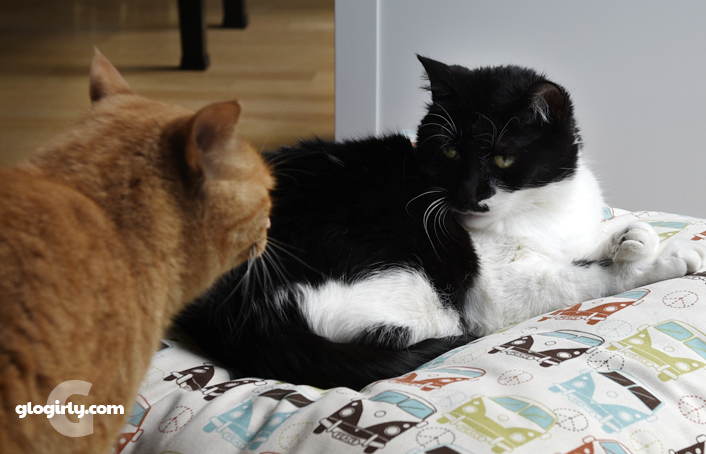 WAFFLES:  I'm not bombing. I'm here for the takeout. You know, like Moo Goo Guy Pan or fried chicken or something. General Toe?

WAFFLES:  Do you think General Toe and the Colonel are friends?

About Today's Photos
Katie's been getting in on the action when it comes to product review photo shoots. Ordinarily Waffles horns his way in to try out the newest bed, lounger, dish, carrier or treat before Katie has a chance to meow a word.

But lately Katie's had a renewed confidence and spring in her step. A reminder to Waffles that she is most definitely, the Boss. You've got to roll out of bed VERY early to get a step ahead of Katie lately.

So when we were taking photos of our new Peach Pillow Bed from yesterday's post, Katie took command. In fact, she's been hanging out on the pillow ever since.

We'll often shoot a hundred or so photos in hopes of getting just a few really great ones. And often we'll fire away so quickly, we're not even sure of what we've got until they're downloaded. Here's just a few of our favorite outtakes. 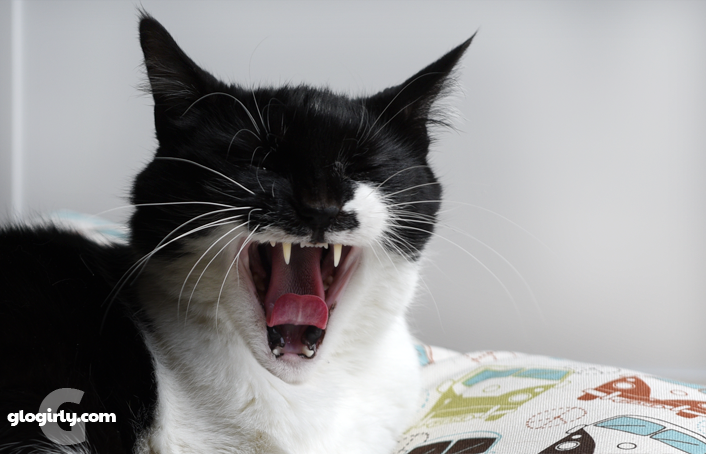 "Sometime today would be nice." 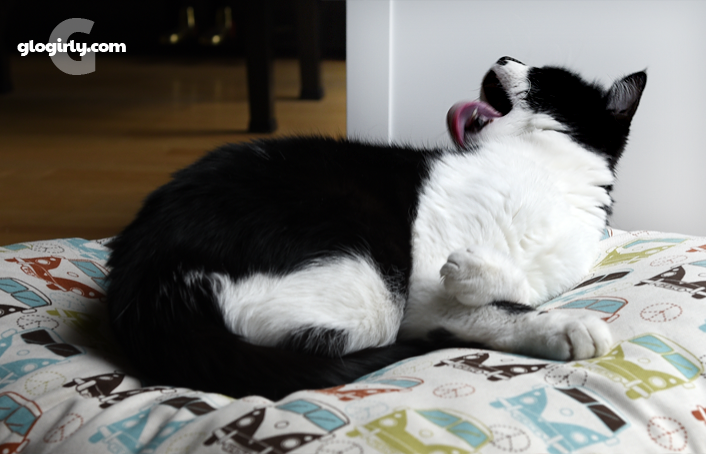 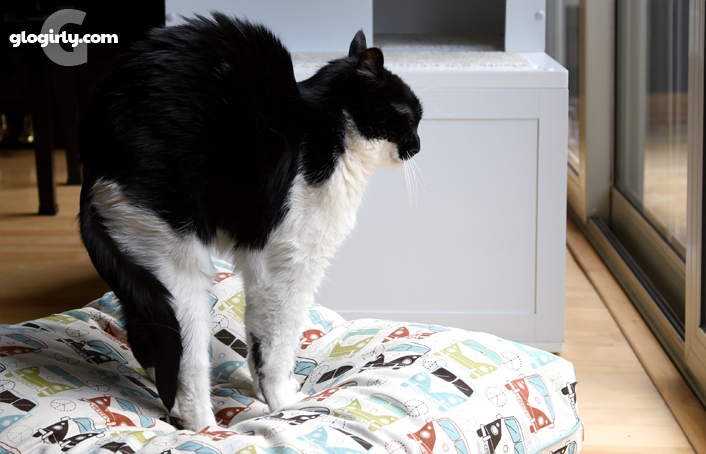 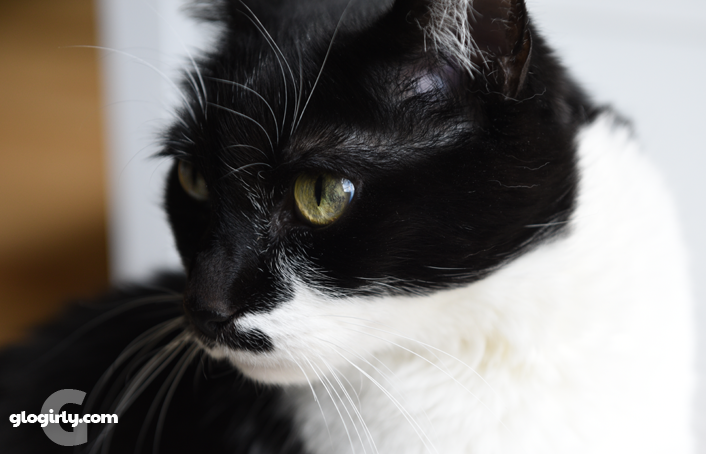 "Outtake? Who's calling this an outtake?"