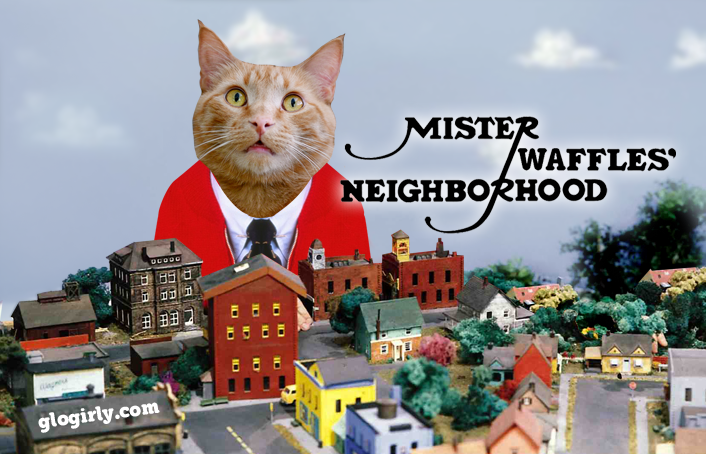 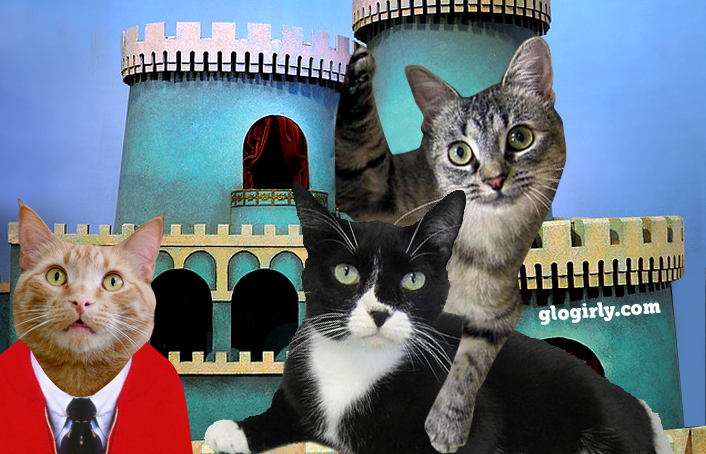 FIGARO (middle):  Dude...what's up with the cardigan?

MARTINA (right):  No kidding. Did you see his sneakers? And this fake castle? Where ARE we???

WAFFLES:  Hi neighbors. Um, I'm Mister Waffles and this is my neighborhood. Oh wait, the castle... This is the place we do the puppet shows and stuff. It's called Fairy Land.

FIGARO (middle): Yeah, well what do you expect from a cat in a cardigan and who puts on puppet shows in a paper mache castle? 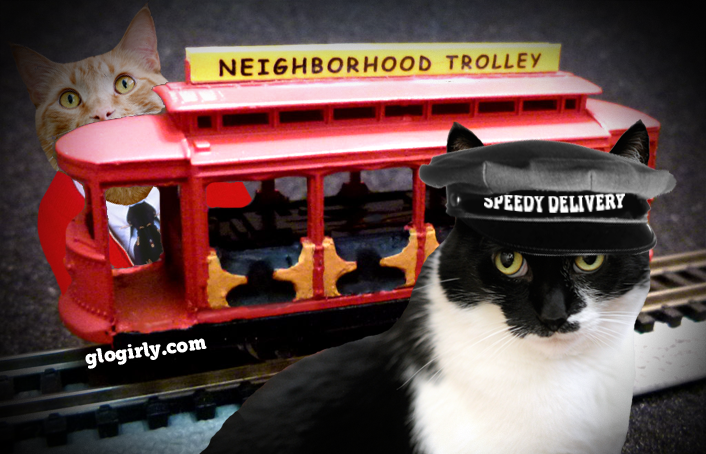 KATIE:  Mister McFeely???  Wow. In what century exactly was this show made? You better go hang up that cardigan, Waffles.


Glogirly's true confession time. A child of the 60's, she grew up eating French toast for breakfast with Mister Rogers playing on the tiny television in the kitchen.  She LOVED the mild mannered man in the zip-up cardigan. She watched it for more years than us kitties could possibly count. And she's pretty sure her mom was more than a little over his theme song.

Even today, he reminds her of a simpler time. When everyone knew their neighbors, there was such thing as a milk man and telephones hung on the kitchen wall with a big spirally cord that was all tangled up. 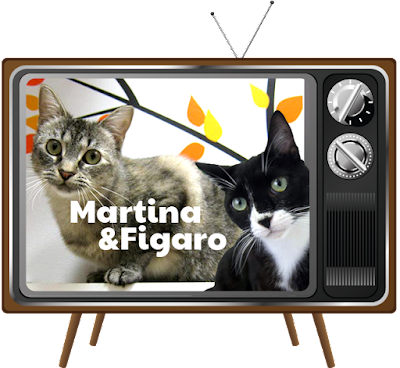 Today's Cameo Cats
Martina has really come out of her shell. When she first came to what the shelter calls the Lobby Room, a room shared with other cats and lots of activity, she was pretty shy and spent a lot of time hiding. But not anymore!

She gets along great with other cats and enjoys visitors bearing wand toys and lasers.

Don't you just love a mancat in a tuxedo? Four year-old tuxie Figaro enjoys the company of other cats, people and loves playtime. He's a real charmer.

Both Martina and Figaro are spayed/neutered, up to date with their shots and very healthy. They're available for adoption at PAWS, Pet Animal Welfare Society in Norwalk, Connecticut.


TV Trip Saturdays with the Shelter Cats!
Every Saturday we feature adoptable cats from PAWS Pet Animal Welfare Society in Norwalk, CT. in our #TVTripCaturday blog series. Through the magic of Photoshop, they join Waffles and Katie for some time-travel adventures to some of our favorite, classic shows.