Emergency Cats to the Rescue #TVTripCaturday 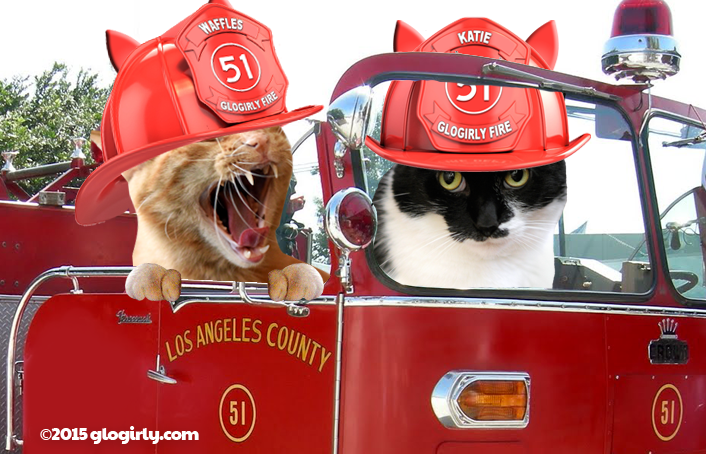 WAFFLES:  But what about the ramp art? What should we paint on the ramp?

KATIE:  Waffles, it's a good thing the 70's television people whose houses were on on fire didn't have to count on YOU to save them. 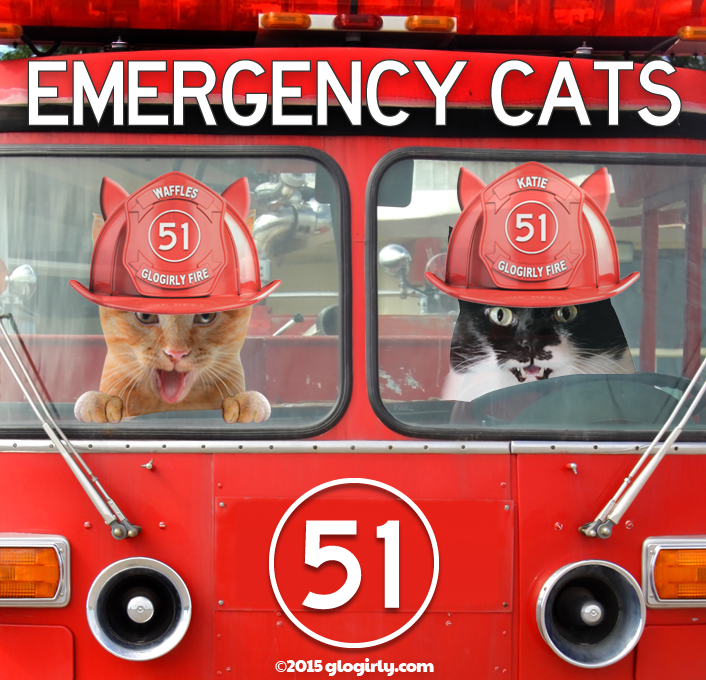 WAFFLES:  So Boss, where are we going? Does somebody need saving?

KATIE:  As a matter of fact, Waffles... there's a sweet mancat at the PAWS shelter who's been waiting a long time for a forever home.

WAFFLES:  Does he want to join our squawk? ... I mean squad? You know the ladies really like a mancat in uniform. 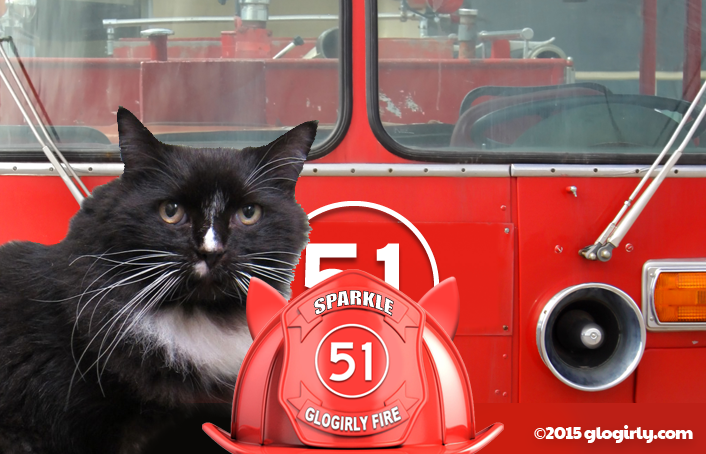 SPARKLE:  Why, hello ladies. I've got some burning love just for you.

Do you have room in your heart for  a little Sparkle?
Today's Cameo Cat is Sparkle, a handsome mancat waiting for a chance at a forever home. He's outgoing, friendly, affectionate and loves talking up a storm. Sparkle prefers to sit next to you or nearby rather than in your lap. (That's exactly how Katie is! Maybe it's a tuxie thing.) Sparkle would prefer to be an only cat, but he might be all you need! 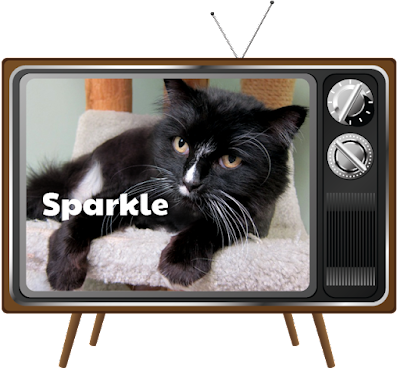 He's got a sensitive stomach and food allergies and as a result is on a hyp0-allergenic diet. Sparkle was also diagnosed with Pemphigus Foliaceus - an autoimmune skin disease causing ulceration and crusting of the skin. Sparkle has severe crusting on his pawpads. Treatment is continued use of prednisolone, probably for life.

But you know what? Katie is on a special diet and she also takes prednisolone occasionally. And for us, it's no big deal. Our vet "compounds" many of the drugs they prescribe which makes everything MUCH easier. That means they take what would ordinarily be a pill and turn it into a liquid. They even add bacon flavoring to Katie's.

Sparkle is about 8 years old. He is neutered, current on his vaccinations, micro-chipped and has tested negative for FIV and FeLV. Sparkle is available for adoption at PAWS, Pet Animal Welfare Society in Norwalk, Connecticut.