Behind Closed Door: Will Katie & Waffles Make a Break for it? 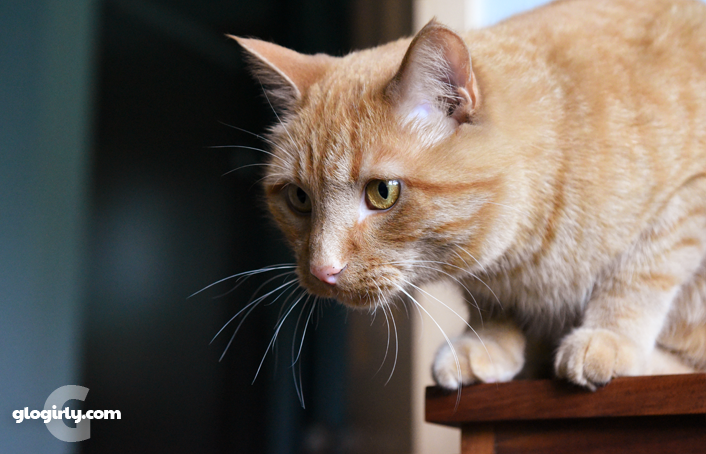 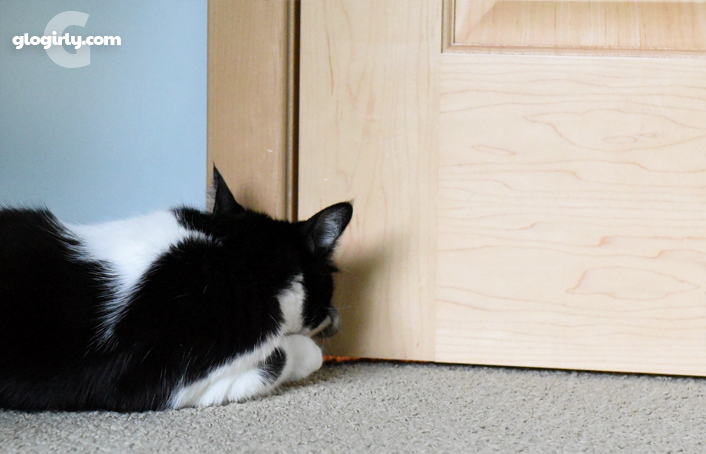 KATIE:  What does it look like I'm doing, Waffles? I'm trying to break us OUT of here. Now if I can just turn the boingy thing a little more to the – 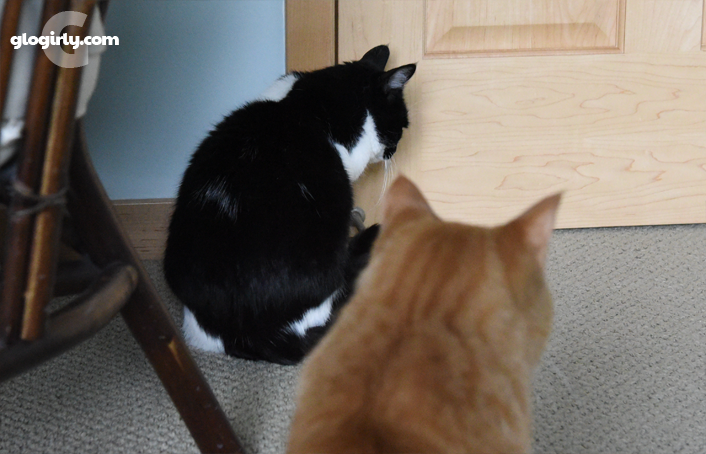 WAFFLES:  But Glogirly said we have to stay in her bedroom until the guys with the big tool belts leave. Remember? When she brought us in here and gave us those treats and stuff? 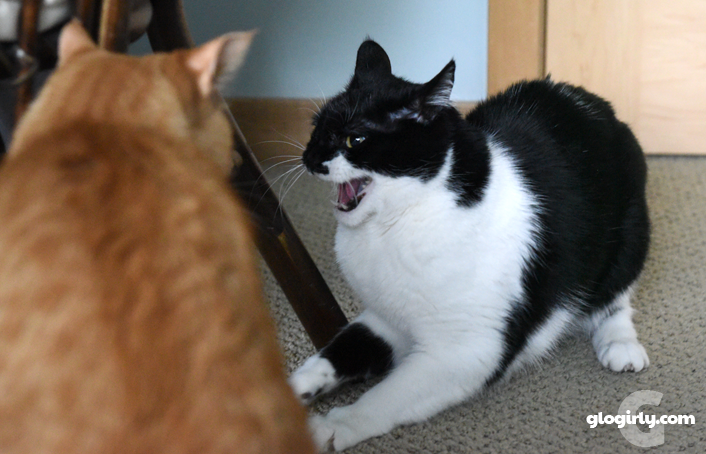 KATIE:  You mean when she LURED us in here. And SHUT THE DOOR!!!

WAFFLES:  Wow Boss. I think you need to switch to decaf. 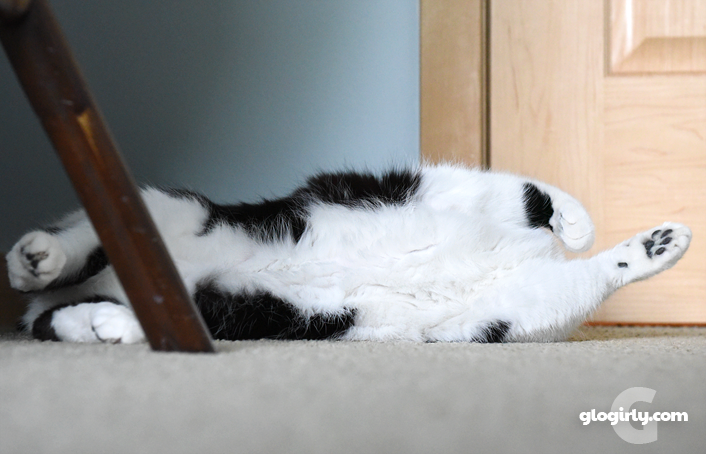 KATIE:  We're going to die in here! I know it. It's been HOURS. I don't even know what DAY it is. 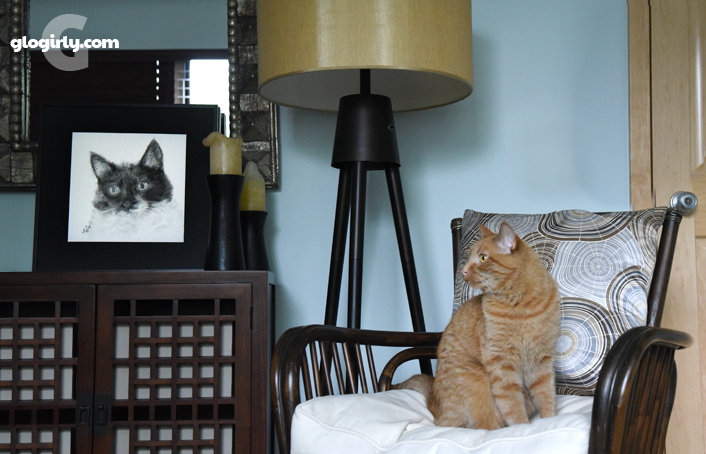 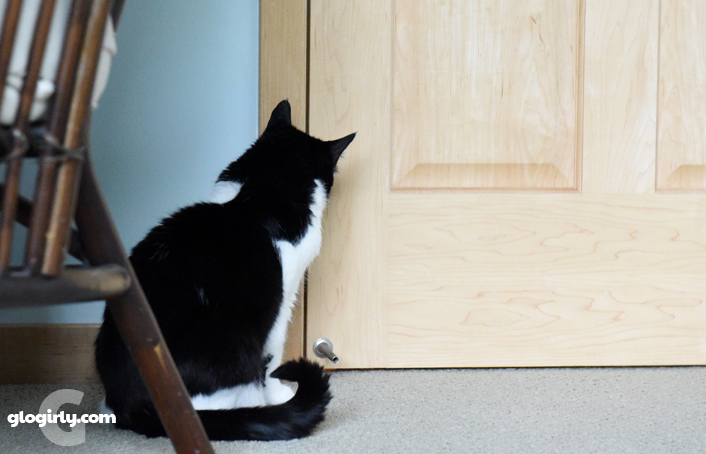 KATIE:  Waffles! How can you just sit there? 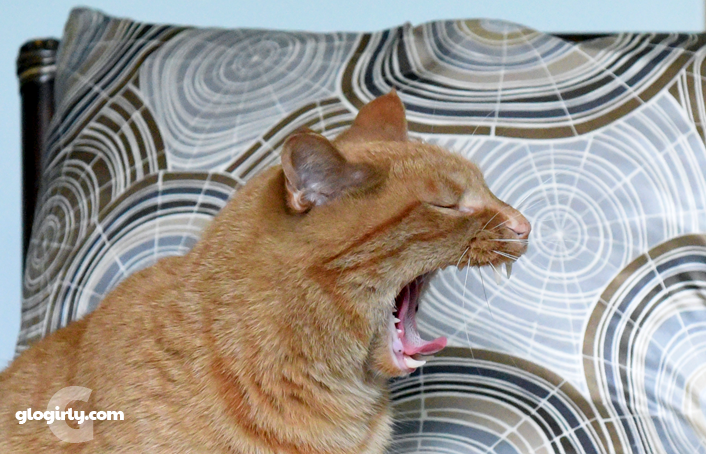 WAFFLES:  I don't think I'm going to be sitting for very long, Boss.

About Today's Photos
Today's blog post is not just based on a true story, it IS a true story. We're knee deep in construction and repairs following the Great Dishwasher Flood of 2015. While the pounding and sanding and painting and pounding and more pounding were going on downstairs in the garage and guest room, Katie, Waffles and Glogirly were tucked away two flights up in the master bedroom for the better part of the day. 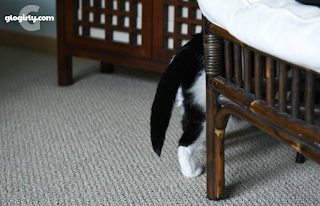 Why is it that with the door open, Katie is perfectly comfortable meandering around the bedroom, taking in a nap on Glogirly's pillow... just hanging out. Yet when the door shuts, it's like an episode of Orange is the New Black.  (ooh! Now THAT might make a fun #TVTripCaturday spoof, wouldn't it?!)