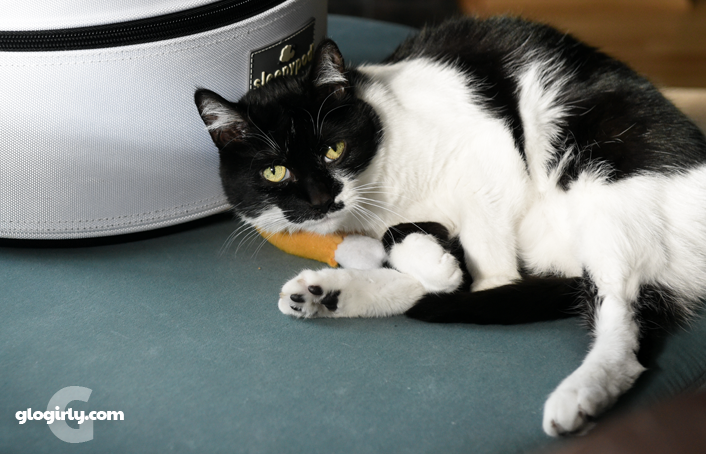 WAFFLES:  And it's my chicken drumstick.

KATIE:  You already said that, Waffles.

WAFFLES:  Can I have it back? 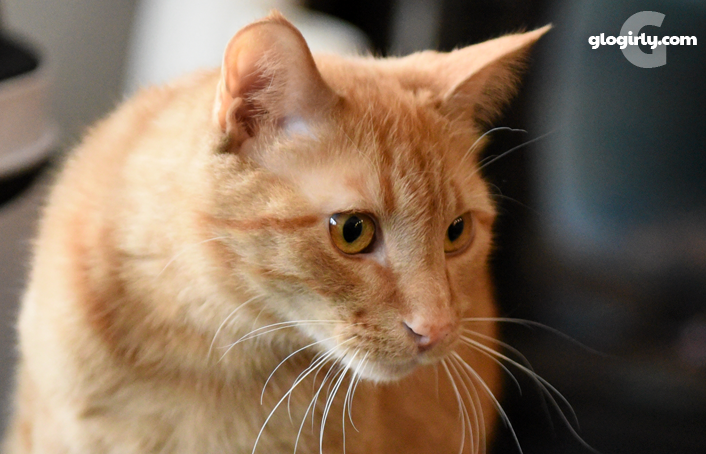 WAFFLES:  I don't know. Because it's my chicken drumstick?

WAFFLES:  But it's MY chicken drumstick.

KATIE:  Yeah? Well what about that chicken treat you stole from me?

WAFFLES:  But you weren't really using it.

KATIE:  Waffles, you stole it out of my MOUTH.

WAFFLES:  Yeah but you hadn't swallowed it yet.

KATIE:  Waffles, do you know what they say about payback?

WAFFLES:  Are you going to pay me back with my chicken drumstick? 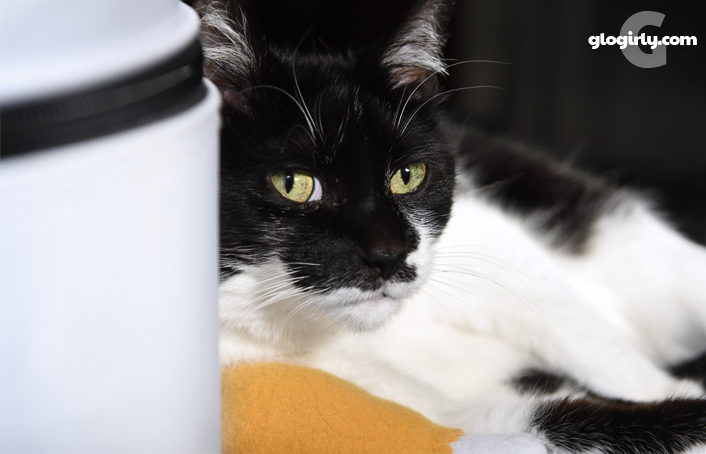 About Today's Photos
All of today's photos were taken earlier this week, the day after we returned home from our big Nashville trip. There's been a whole lot of lounging going on. Seems a couple thousand road miles earns you unlimited napping privileges. Sorry, Waffles... that does not mean you get unlimited chicken privileges. 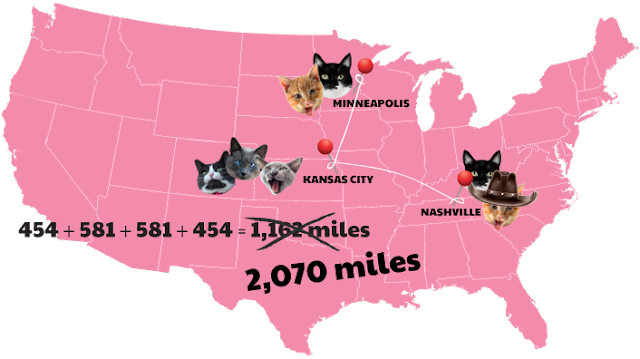 In fact, Glogirly was so tired, her math skills flew right out the car window. Originally she thought we'd driven a total of 1,162 miles. But upon checking her math twice, no more like six times, she realized we'd driven a total of 2,070 miles! And that doesn't even count driving into downtown Nashville last Friday night for BBQ. Chicken. With her roommates. Who returned with not a single a kitty-bag of leftovers.