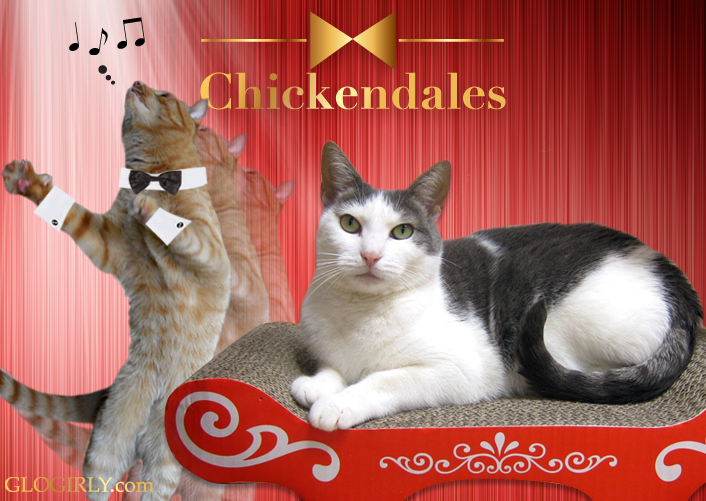 WAFFLES:  ♫♩Everybody's working for the chicken!  Everybody wants some Waffles too! ♫♩

SIOUX the LADYCAT:  Uh, I'm here for the CHIPPENDALES dancers. Not the CHICKENDALES. What is this, breakfast at the Waffle House?

Chip 'n' Dale ADOPTED!!!
Sorry Miss Sioux, but the Chippendales, a.k.a. Chip 'n' Dale, have been adopted! That means you're stuck with Waffles for today's show.  We hope you brought some chicken drumsticks to slip into his g-string. *wink* 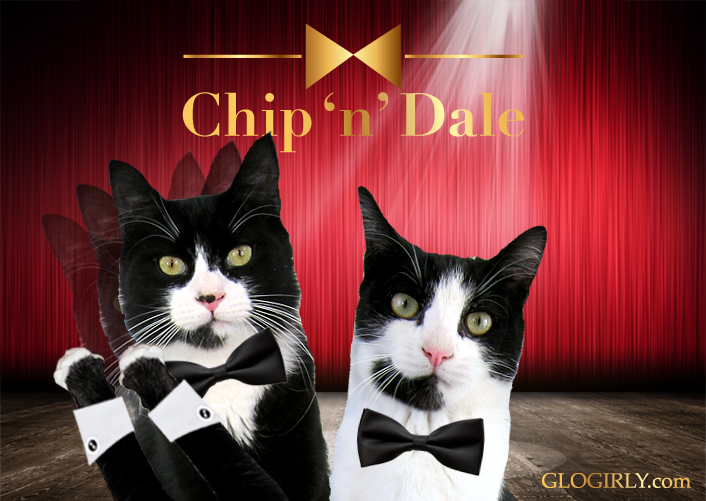 That's right, we've got another success story to share! Remember Chip & Dale, the tuxedo brothers we featured a few weeks ago on our Chippendales SNL spoof? These handsome boys have been adopted TOGETHER! They've danced their way into the best happy ending ever.

Every Saturday we feature adoptable cats from PAWS Pet Animal Welfare Society in Norwalk, CT.  in our #TVTripCaturday blog series. Through the magic of Photoshop, they join Waffles and Katie for some time-travel adventures to some of our favorite, classic shows. She was the mother of the little indian kittens: Crazy Horse, Sitting Bull, and Geronimo. They were all adopted but their shy mother is still waiting for a home.

She’s calm and sweet but cautious about making new friends. Once she decides you’re OK, she’s very loving. Maybe you're the one that can let her know how special she is. Maybe she's the one for you.