Elvis Is In The Townhouse #WafflesWednesday 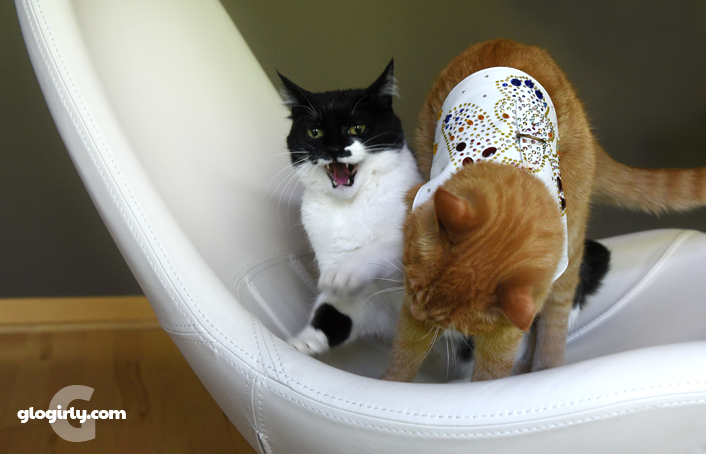 WAFFLES:  Hey Boss! It's #WafflesWednesday, what are you doing here???

KATIE:  Waffles, get off of my Blue Suede Shoes already! 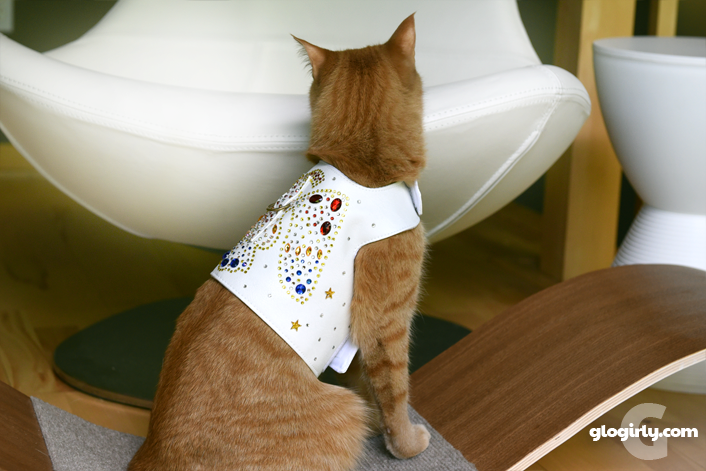 WAFFLES:  Check it out everybuddy! Elvis is IN THE TOWHNOUSE! Next week we're all going to Nashville for the big BlogPaws conference and I've got more bling that the Boss!

KATIE:  So Waffles, Elvis is really more of a Memphis icon, not Nashville. Don't you think you're going to be a little overdressed? 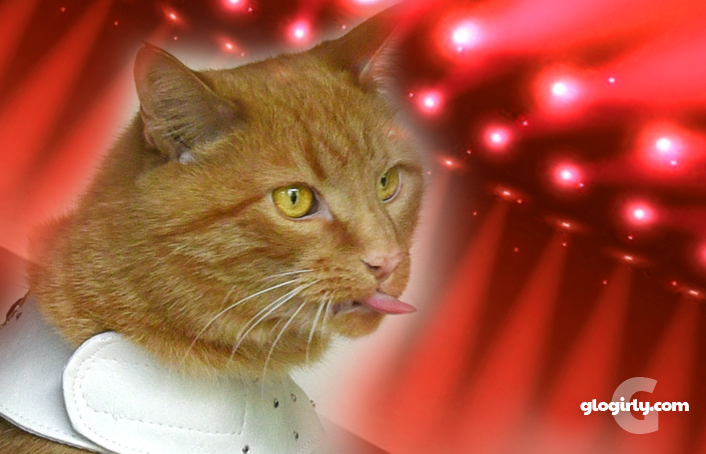 WAFFLES:  Whatever, Boss. The ladies LOVE Elvis. And I LOVE the ladies. So there. 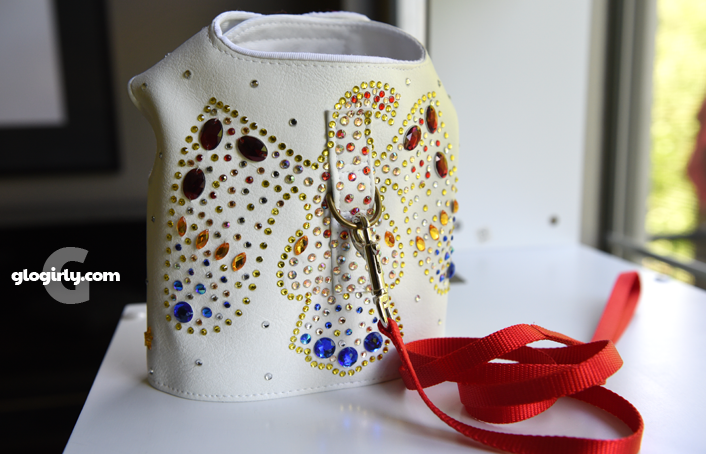 Waffles' Aloha Elvis Tribute Harness
If you tuned in a couple of weeks ago, you may have seen our feeble attempt at a harness with a detachable elvis collar. Can you say #CraftProjectFAIL? A good friend of Glogirly's posted something to Facebook that really hit home. It read, "Why spend $7 on something you can make for $92 in craft supplies."

Well we spent a little more than $7, but we found THE perfect Elvis harness. This vest-styled harness is inspired by his 1973 Aloha from Hawaii concert. 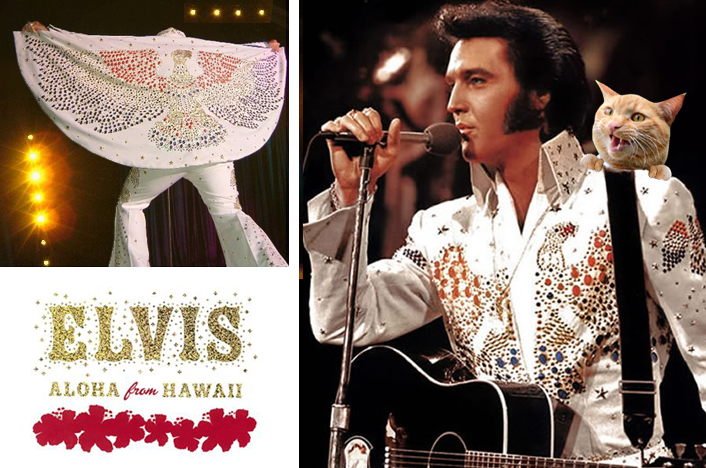 Almost 1.5 billion viewers worldwide tuned in to what was the biggest television concert event of it's time. Glogirly was only 10 years-old and she vividly remembers watching it on TV with her mom, who had a HUGE crush on Elvis. Her mom would giggle with delight if she could see Waffles in his Elvis vest now. 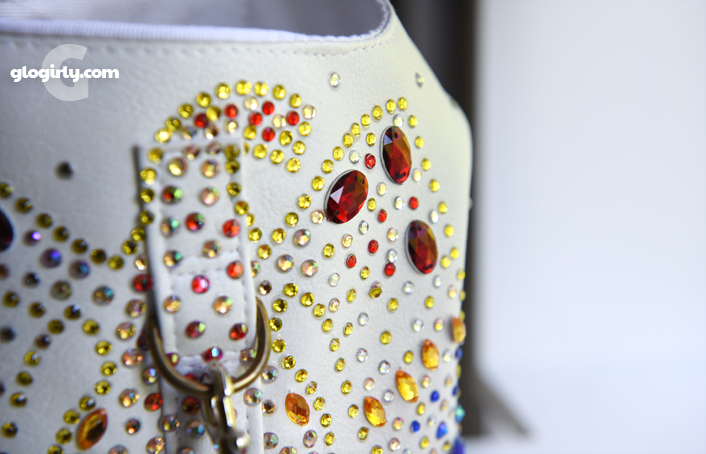 Fashioned with white leather & fabric and embellished with sparkling jewels in an eagle design that looks like the original cape Elvis wore, it's a work of art. We bought it online from a sweet little shop in London called Tallulah Couture. Though most of their designs are intend for dogs, we could tell by the styling that it would be a good fit for Waffles because it's similar to some other vest-styled harnesses he has.

It's got super strong velcro at the neck and tummy and a d-ring on the back for a leash. This kind of harness is not something you'd want your pet to wear unsupervised or for long periods of time, but it's perfect for Waffles' Kitty Cocktail Party. We'll be bringing a few of his other harnesses along too. He's got almost as many as Glogirly has shoes. 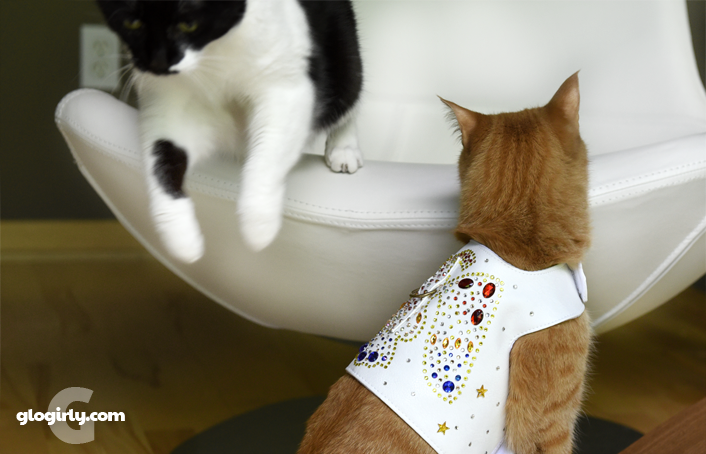 WAFFLES:  So Boss, do I look like a hunka hunka Burning Love?

KATIE:  I don't know Waffles, is it too late to Return you to Sender?