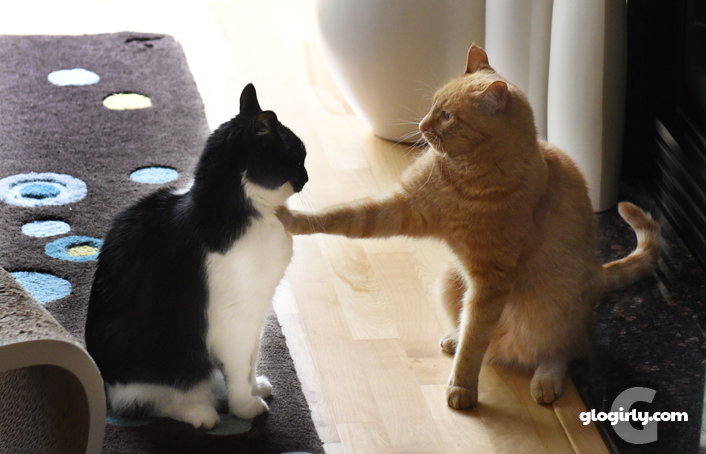 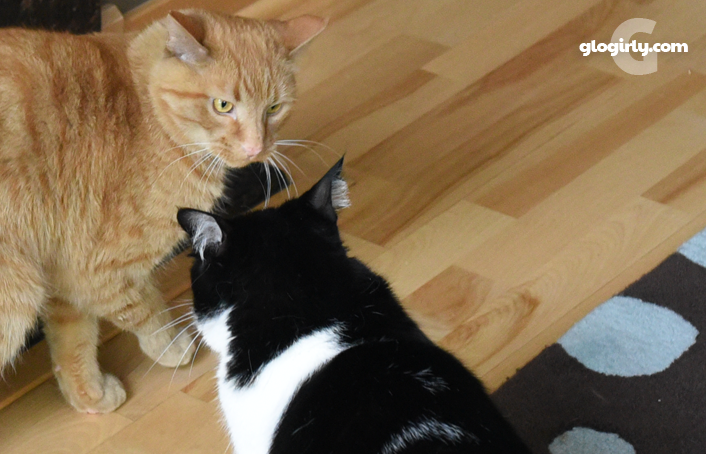 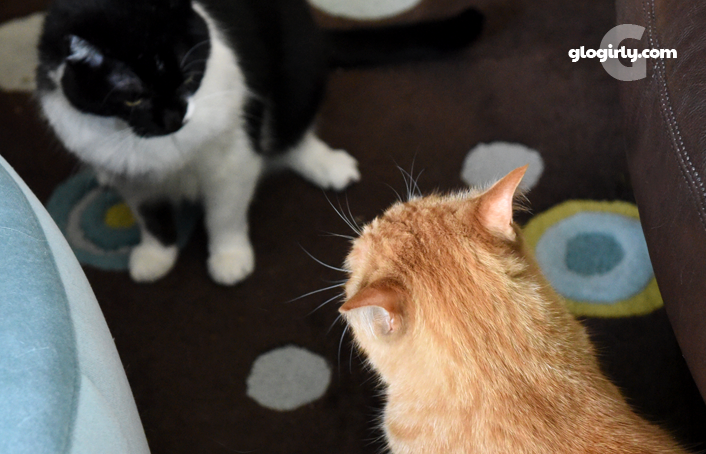 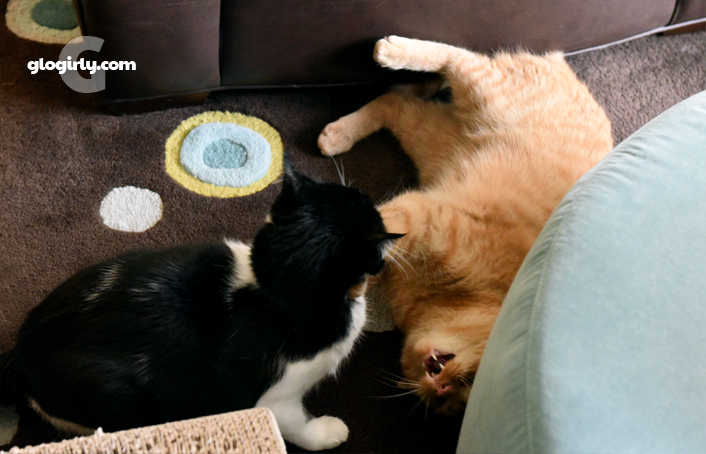 About Today's Photos
It's no secret that Katie and Waffles have what can only be described as a complicated relationship. Often their encounters end in a huff and a hiss with one or the other storming off. Occasionally, Glogirly has to play referee. But lately, they've been caught doing something we never thought we'd see. Playing. Or at least as close to playing as two cats like Katie and Waffles can get.


Just this past weekend, Glogirly glanced over to the other side of the kitchen and saw what she thought was a fight brewing. Sure enough, Katie and Waffles were batting back and forth, patty cake style and then tumbling around on the floor. A little chase here, a little chase there. But vocally, they were silent. None of the usual hissing. Not even a faint growl. It was as if they were actually having fun.

Could it be the two are finally letting their guard down? What's next? Grooming and napping together? ...uh, probably not.