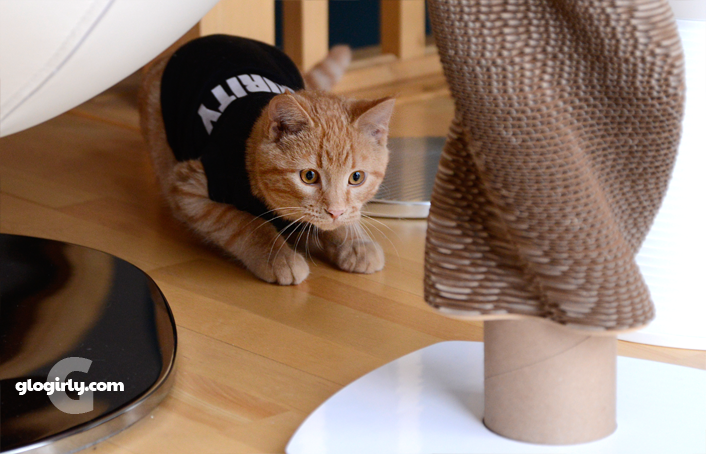 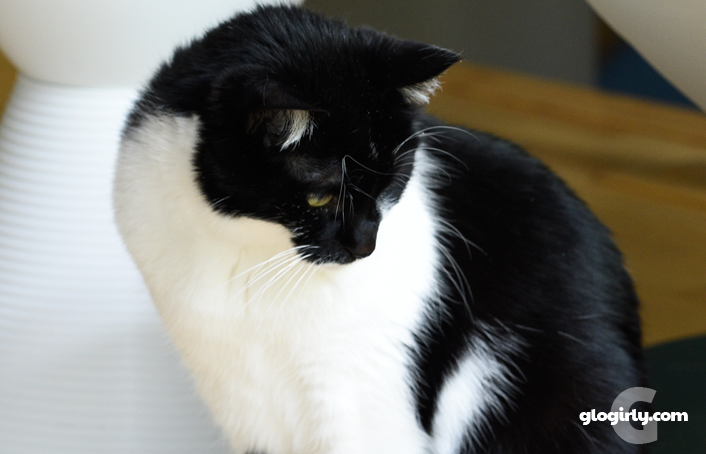 KATIE:  Clear? Clear for what? 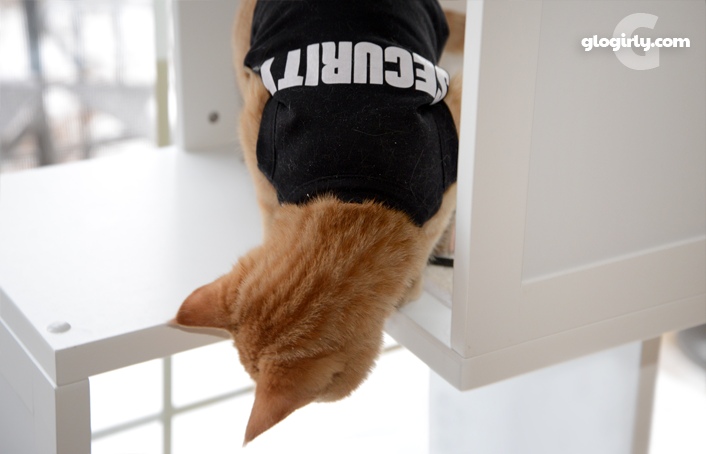 WAFFLES:  Clear for um, I'm not sure. But that's what the security detail guys say on TV, right?

KATIE:  Well actually, I think it's the SWAT team that says that. 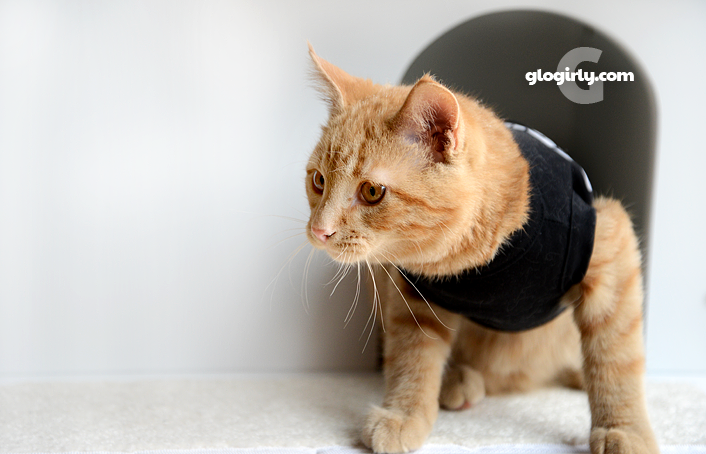 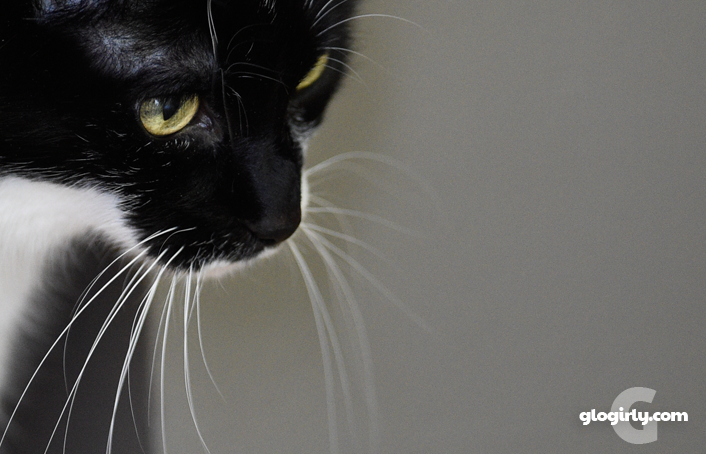 KATIE:  Take one swat at me, Waffles, and I'll put some detail in your security. 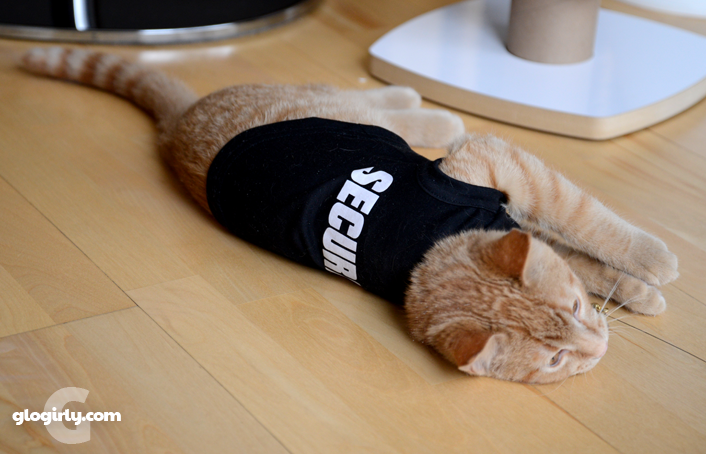 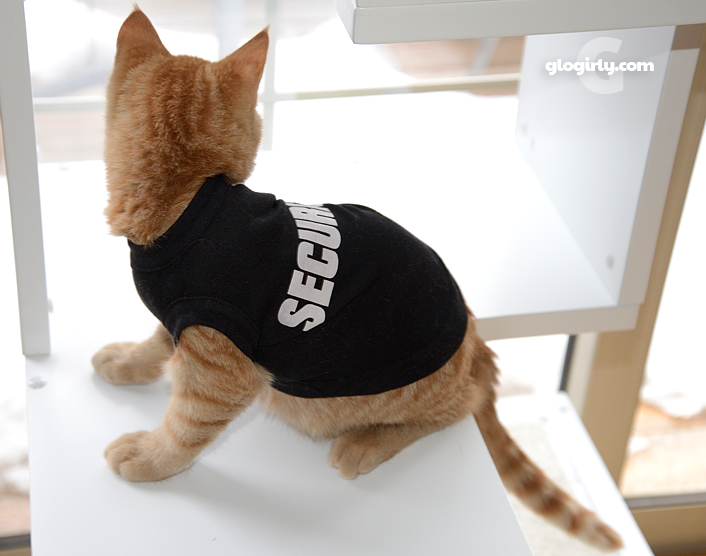 About Today's Photos
Today's photos are from way back in January of 2013. Waffles had only been here with us at the Townhouse for about two months. But he was already taking charge, keeping us safe.

And he was already making friends across the globe. In fact our blogging friend Charlie Rascal from Sweden sent him his cool security t-shirt. Waffles was a pretty weeny kitten at the time so he's gotten much too big to fit into it any longer.

And according to Katie, that's not all that's gotten too big.


And just in case you need a little added security in your house,
we found Waffles' same t-shirt on Amazon!