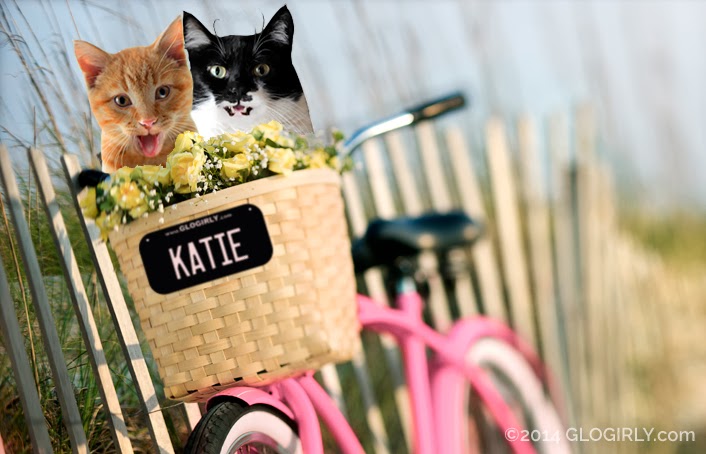 It's not often we run across a commercial that gets us kitties excited...but yesterday we (and just about everyone else on Facebook) were singing along to the latest campaign from the oh-so-clever UK mobile phone company, "Three."

And what better way to participate in the Caturday Art Blog Hop than with some silly art and video fun! 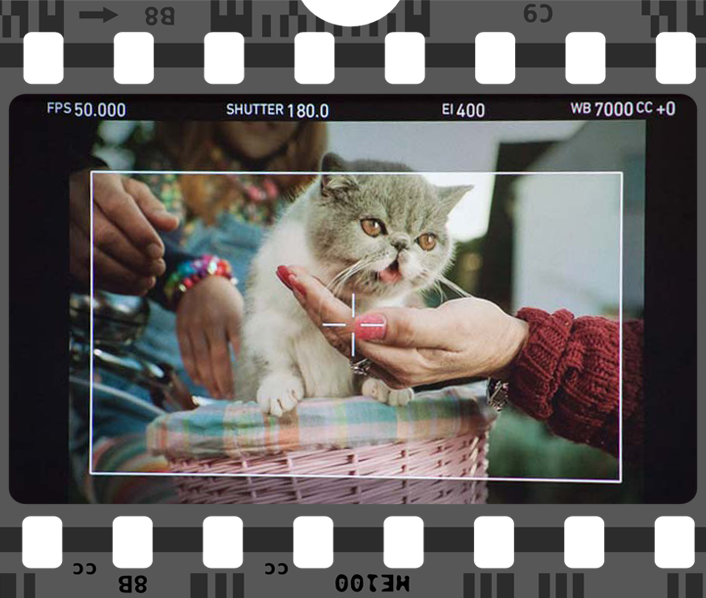 #SingItKitty
The campaign is called #SingItKitty and it's all about having fun. Their inspiration: "We all need some air-punching, buddy-hugging silly stuff."

What caught our attention was one of the most clever, fun and singalong-silly videos we've EVER seen. We just KNEW you'd want to watch it too. But first, we want to take a quick behind the scenes spin.

Behind the Scenes
with Jolie & Bronte 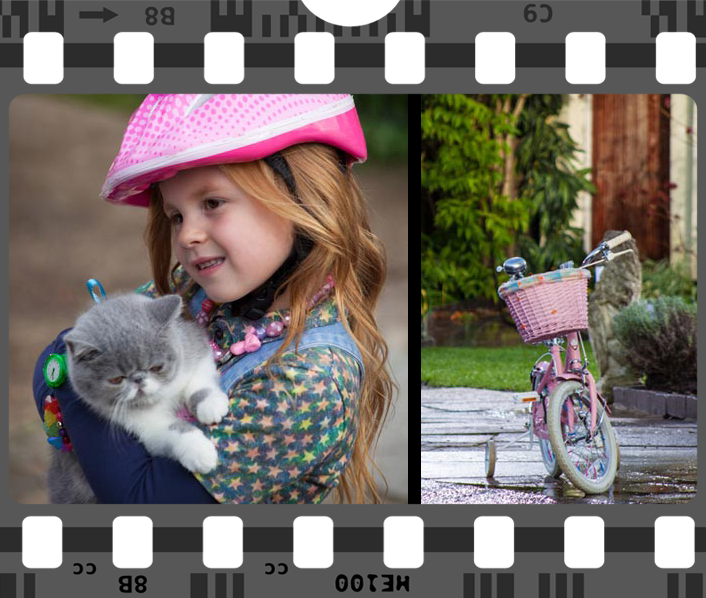 The campaign's latest film celebrates a shared moment between two friends. It tells the story of a girl and a cat who come together to share something silly, and end up taking us with on the most fun, emotional ride of their young lives.

The adorable young Jolie, discovered through street casting in Manchester, will steal your heart. Not only is she cute as pink, but her best buddy, a grey Persian named Bronte is a purr-fect sidekick.

Bronte is also a girl...we knew you'd ask! According to the filmmakers, she was an amazingly patient and happy star. She's lovingly owned by a well-known breeder of exotics and Persians, Caroline Bailey-Read, from Warwickshire.

Get ready to sing! The film features the 1985 classic, "We Built This City," from Starship.

We use Adobe's Illustrator & Photoshop for all of our Caturday Art Tricks, including putting me and Waffles in the bike basket and adding on these cool filmstrip borders. Visit the Caturday Art Blog Hop for more creative and clever cats. 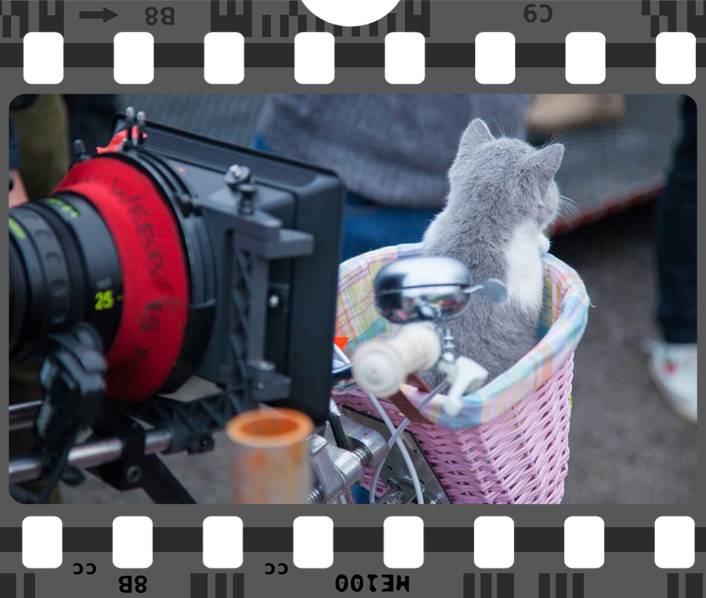