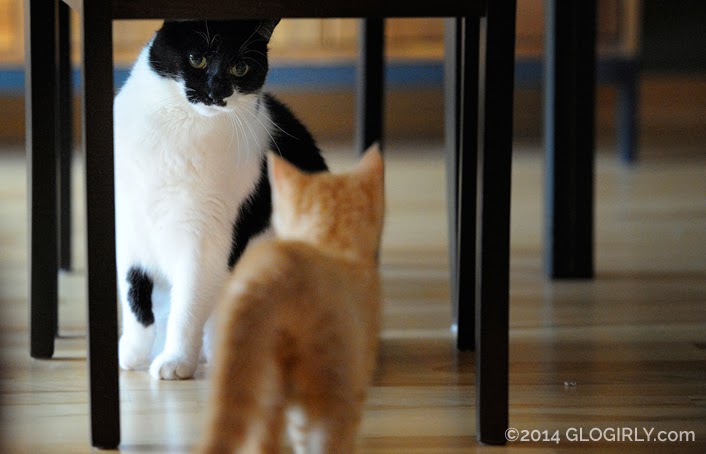 KATIE:  I said ... MAY AS WELL BEEN yesterday, Waffles.

WAFFLES:  Um, Boss? It's not May either. Are you feeling okay?

KATIE:  It's #ThrowbackThursday, Waffles. You know, when we look BACK at –

KATIE:  Forget it, Waffles. Let's just show the nice people the pictures from the day you and I met. 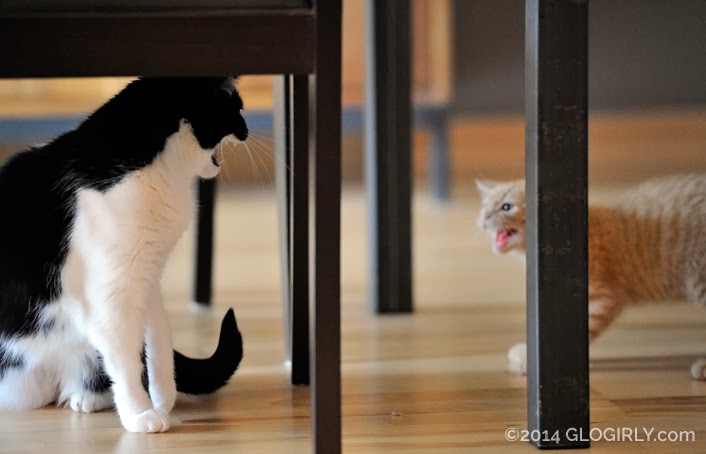 WAFFLES:  You mean when you yelled at me?

WAFFLES:  So if this is THROWBACK Thursday, how come you're STILL yelling? 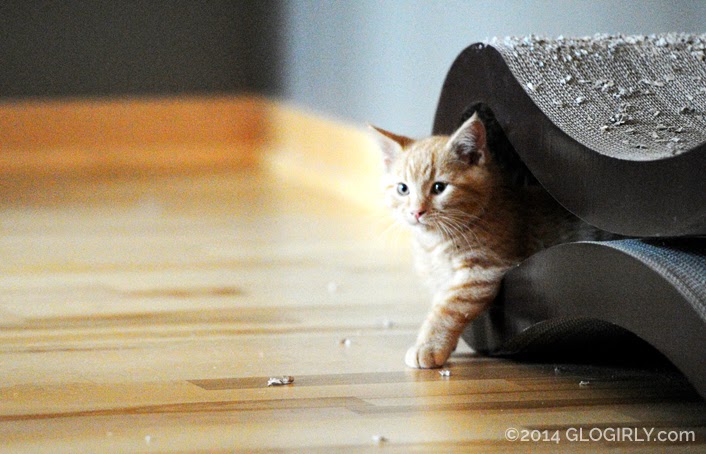 WAFFLES:  So here I am, throwing back Thursday inside your scratcher. Looks like you really did a number on that scratcher, Boss. There's scratcher stuff all over the floor. What, were you stressed out or something? 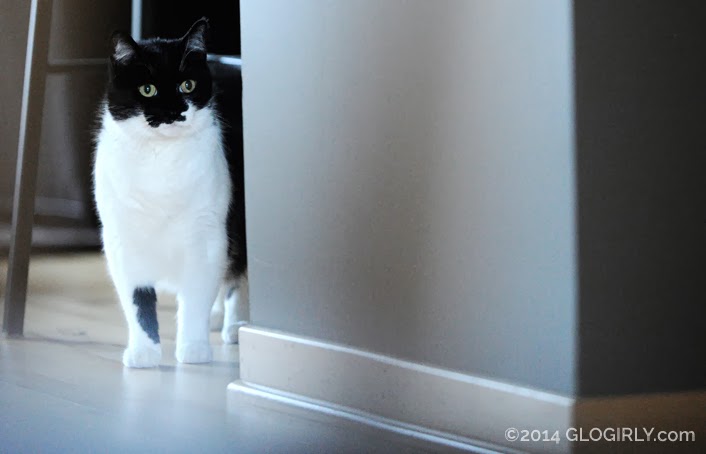 KATIE:  Well THAT's an understatement. When I wasn't scratching I was doing a lot of this. Peering around corners in a state of shock. 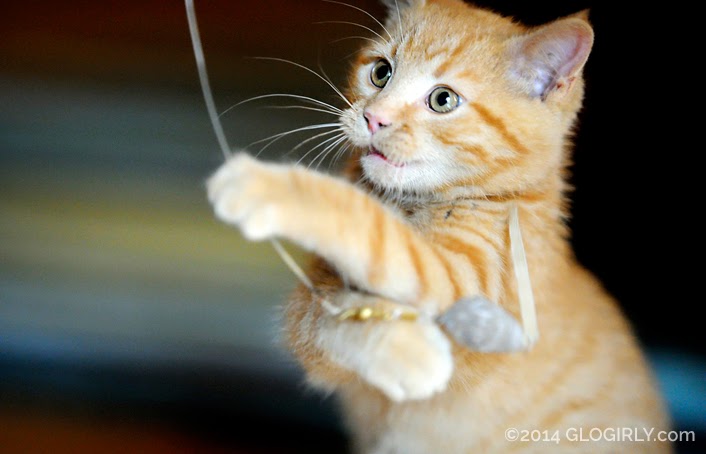 WAFFLES:  I know. It's pretty shocking how cute I was.

About The Photos
This entire series of photos was taken the very same day the door to the Kitten Room opened up. It was our first face-to-face encounter. Life hasn't been the same since. ♥︎

We're participating in the #ThrowbackThursday Blog Hop over at Dolly the Doxie's blog. Yes, she's a dog. But she's awfully sweet so we try not to hold that against her.

We've Got WINNERS!
Congratulations to our lucky 4-for-4 Giveaway winners!
♥︎ Linda S.
♥︎ Terri J.
♥︎ RedSetter
♥︎ Amanda M.
Thank you so much to everyone who entered and shared and tweeted and pinned...you guys are pawsome! We promise to have another fun giveaway soon!

Labels: #ThrowbackThursday, Funny Conversations, GLOGIRLY-Tails Of A Cat And Her Girl