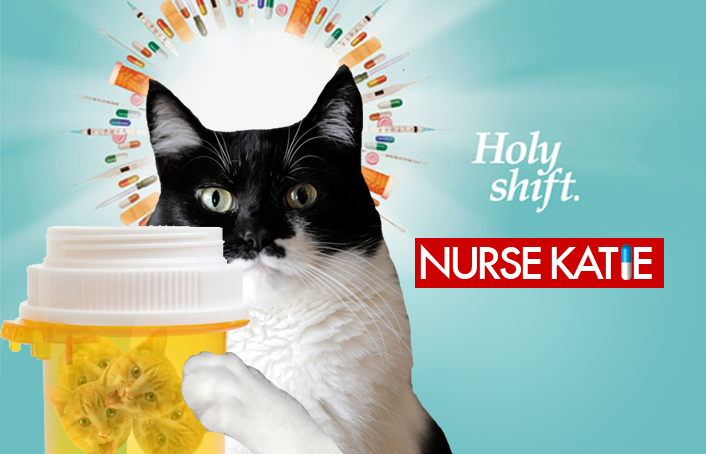 What I'm about to tell you must, I repeat MUST, stay between us. Just you me and your computer screen. I do after all have a reputation to uphold.

And for the record – If asked, I will deny all accounts of what you are about to read. I was never here. 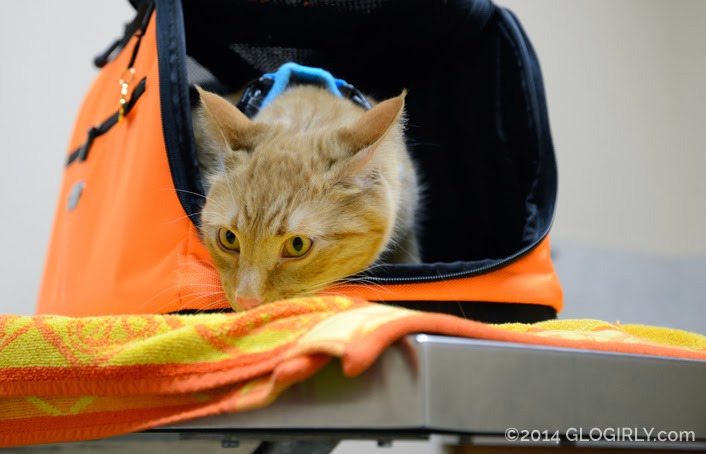 So on Friday, Waffles had an appointment with the vet and a couple of sharp needles. It was time for his annual vaccinations and since he's all "I'm a therapy cat in-training" yadda-yadda, it's important for him to keep up to date on these things. 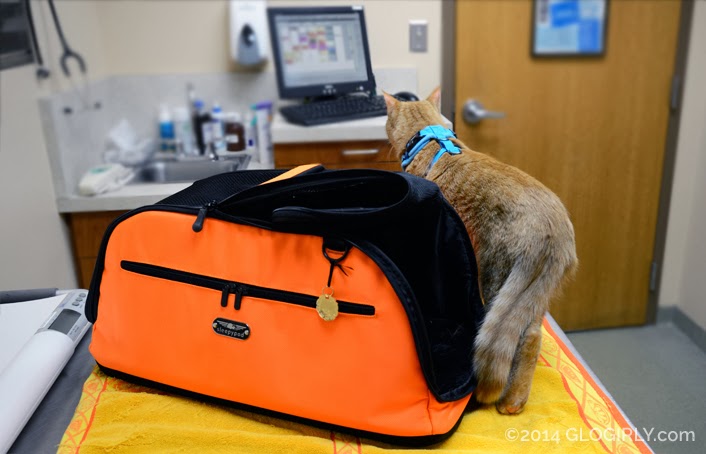 Everything was going as expected. Waffles even got to ride in his brand new ORANGE Sleepypod Air. There were lots of oooh's and aaah's. I seriously don't understand the fascination with the color orange. 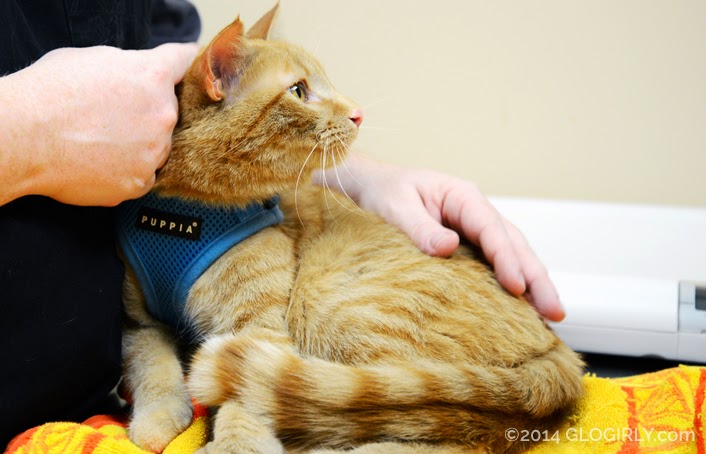 Against my better judgement, he even made nicey-nice with the Vet Tech. 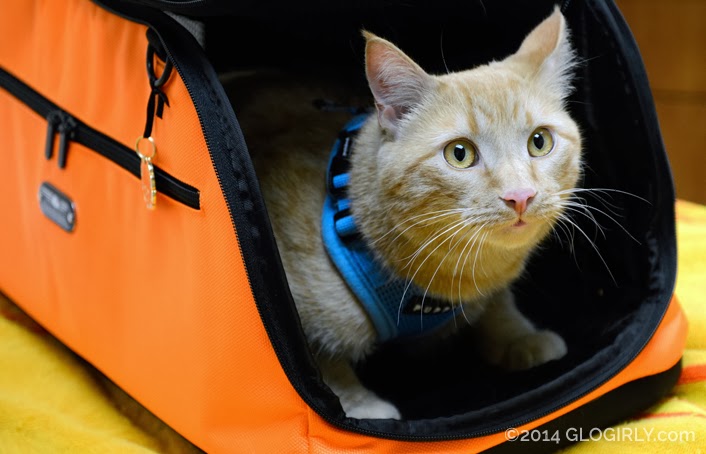 But when he came home, he wasn't feeling very well. He was sleepy and sore and didn't even care about dinner or finding the red dot. Glogirly decided she would take him back to the vet if he wasn't back to his normal, obnoxious self by morning.

Later that night, since he didn't feel like jumping into bed and sleeping on Glogirly's pillow, she put a small blanket down for him on the floor and brought some food and water up from the kitchen.

Ok, here comes the part you are NEVER to repeat. NEVER EVER.
EVER. 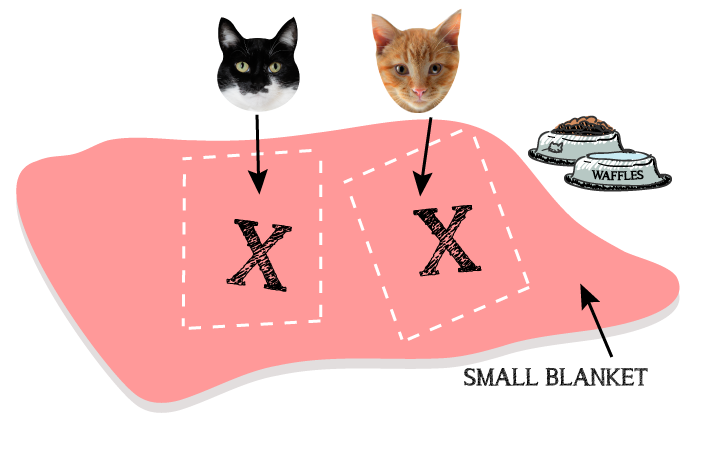 A Morning Shocker
The next morning when Gloman got up, he discovered the above scene. Although photographic documentation is not available, we have recreated exactly what he saw.

Waffles was curled up, asleep on the blanket next to his food and water. His position is noted above.

Now, note my position. I was curled up and laying NEXT to Waffles. Let me be clear - We were NOT touching.  There was a safe distance of approximately 5-6 inches between us. I was not purring. And I was certainly not grooming him in any way.

Gloman was stunned. I don't think he even spoke for at least 3-4 hours. 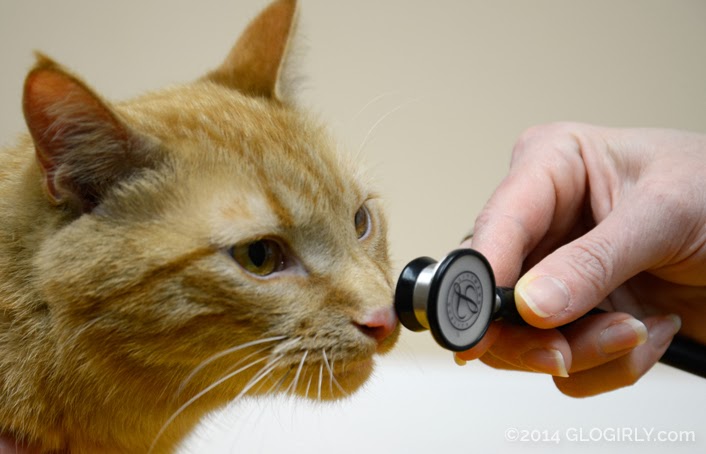 Off to the Vet. Again.
When Nervous Nellie Glogirly got up, she hauled Waffles off to the vet again, just to be sure he was ok. Don't worry, the orange boy is totally fine. Except for the fact that he had to go to the vet twice in less than 24 hours. They checked him over thoroughly and sent him packing with a few vials of kitty-morphine to take the edge off his injection site tenderness.

It's been almost 12 hours since his dose of the groovy-juice and he's already acting more like himself. Jumping up on the bed, purring up a storm on Glogirly's lap. I suspect in no time at all he'll be back to sniffing my you-know-what.

All is well in the Townhouse.