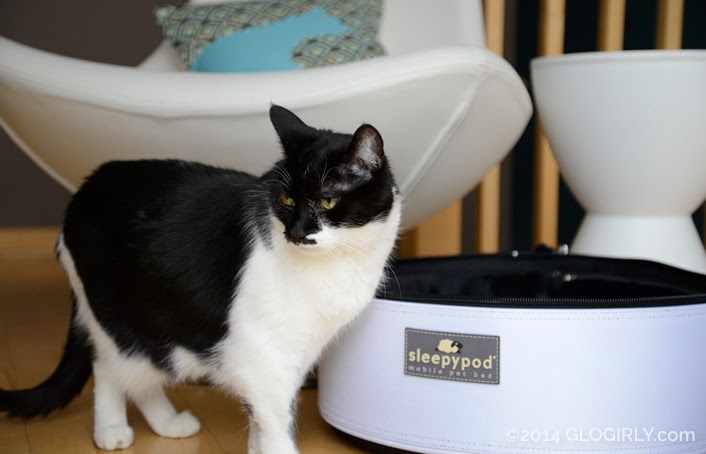 KATIE:  So Waffles, what's this I hear about a weigh-in? 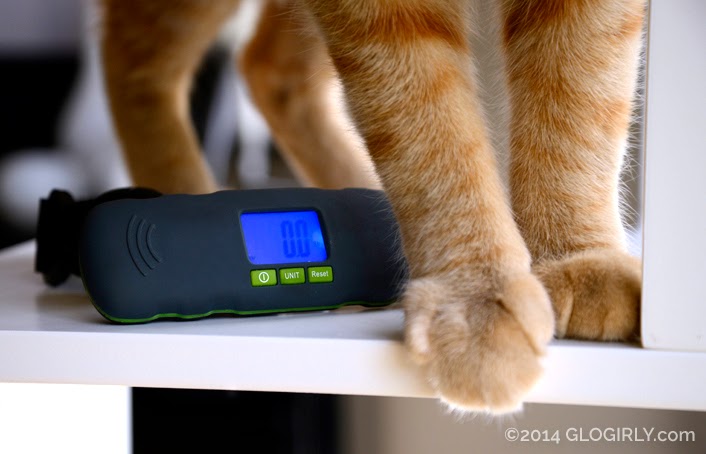 WAFFLES:  Glogirly says that if we do our weigh-ins at home we don't have to go to the vet.

KATIE:  Waffles, for once in your life you're actually making sense.

WAFFLES:  She said to climb into our Sleepypod, then all she has to do is weigh us with her luggage scale.  We're going to weigh a LOT in the Sleepypod!

KATIE:  Waffles, I'm sure she'll subtract the weight of the Sleepypod to figure out what we weigh. 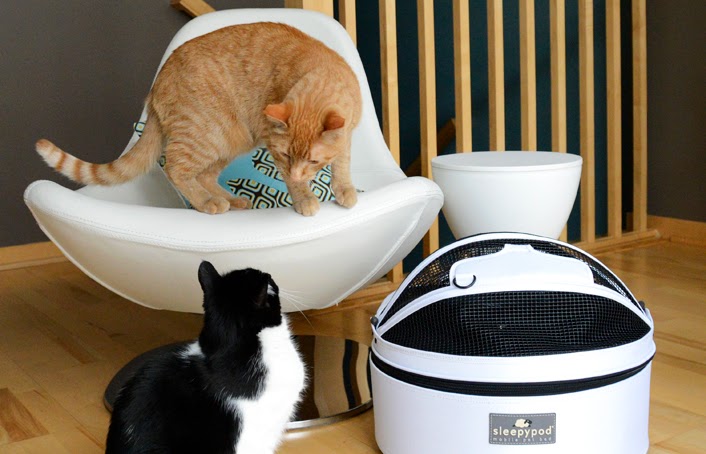 KATIE:  Don't be ridiculous, Waffles. We're not getting weighed TOGETHER. 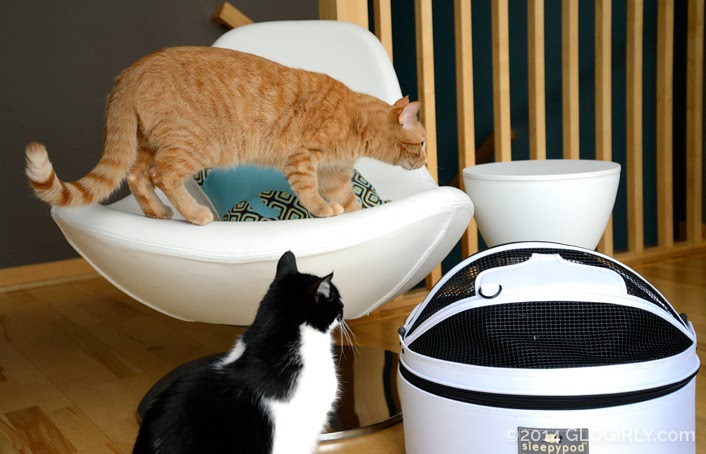 WAFFLES:  But don't we want a really high score?  You know, so we can win! 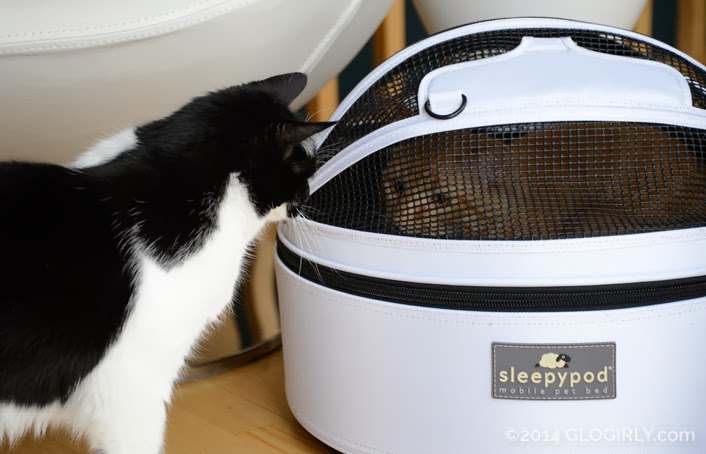 WAFFLES:  So you don't want to be on my team?

KATIE:  Seriously Waffles. That's not how it works. 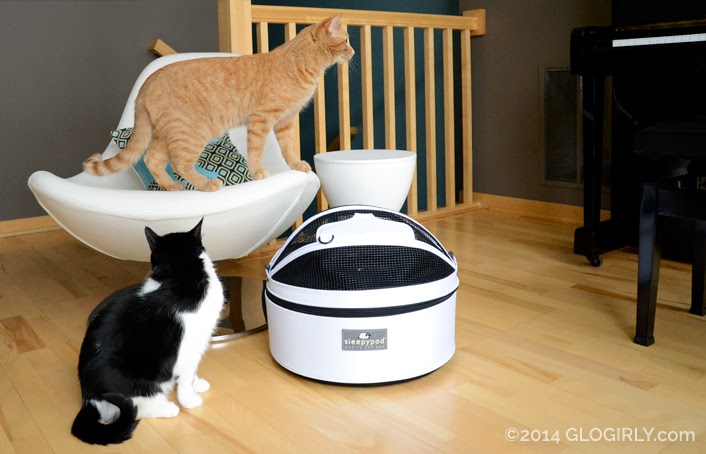 WAFFLES:  So how much do YOU weigh, Boss?

KATIE:  Not that it's ANY of your business... I weigh slim and svelte 9 pounds, 13 ounces. 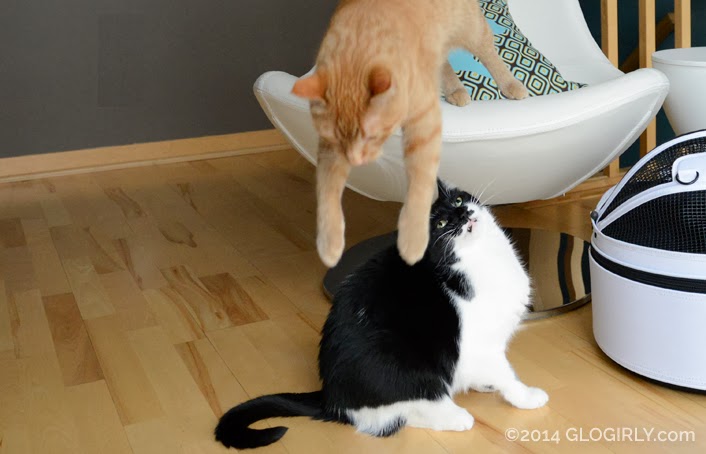