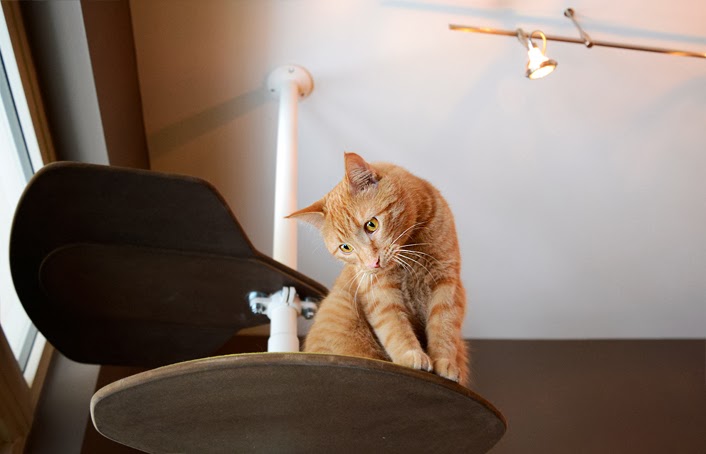 Over the holidays, Glogirly took the plunge. I'm not exactly sure what she meant by that on account of I've never seen her in a bathing suit and it's –20° outside.

I overheard her telling Gloman that if I had something to climb on really super high, that maybe I would forget how fun it is to jump up on the kitchen counter and the stove. 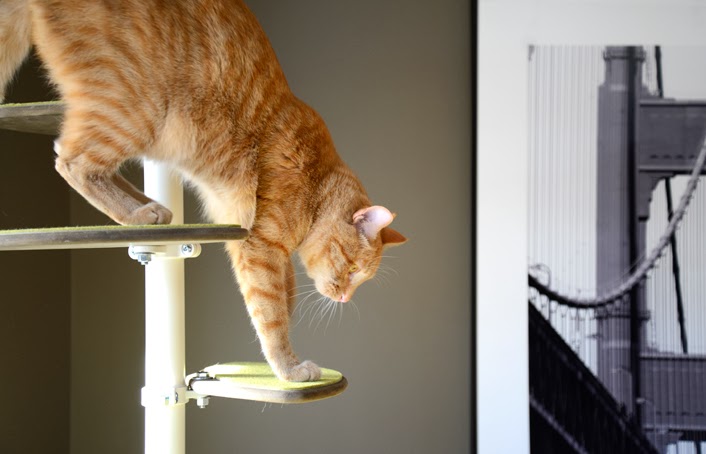 The first time she saw this system on Hauspanther, she knew she had to have it. It's something called an IKEA-hack. IKEA is that big blue and yellow store with furniture and stuff that's really hard to put together on account of the directions are in Swedish. An IKEA-hack is usually something clever a designer thinks up using their own products combined with some IKEA pieces.

Hollywood Franklin Cat Tower
The carpeted climbing shelves are from Franklin Cat Furniture in California. They designed them to work with the Stoleman suspension pole and brackets from IKEA.

What Glogirly loves SO much about it is how cool it looks in the Townhouse. It's modern and clean and matches our colors and style. What I love is how I can climb ... all the way up to the ceiling. It doesn't get any higher than that!


A Vest Mint?
Glogirly says it's a vest mint, I mean investment. It's like buying a piece of nice furniture. Franklin had a special sale during the holidays though which helped a lot.

This isn't an official product review or anything, we just wanted to show you how cool it is.


Assembly Required
It took a while for Glogirly to get it all assembled... the Franklin pieces were pretty easy to work with. The IKEA stuff, well...let's just say there were some HBO words involved. And then a handyman showed up a couple of days later.

But it all came together and now I have my very own stairway to the sky!


What Does The Boss Think?
The Boss isn't much for heights, so she's only been up about a third of the way when Gloman lured her with a treat.  But Glogirly says that's okay because my new stairway is supposed to make me leave the Boss alone and forget about how much fun it is to bother her.

Little does she know, I have a really good memory. 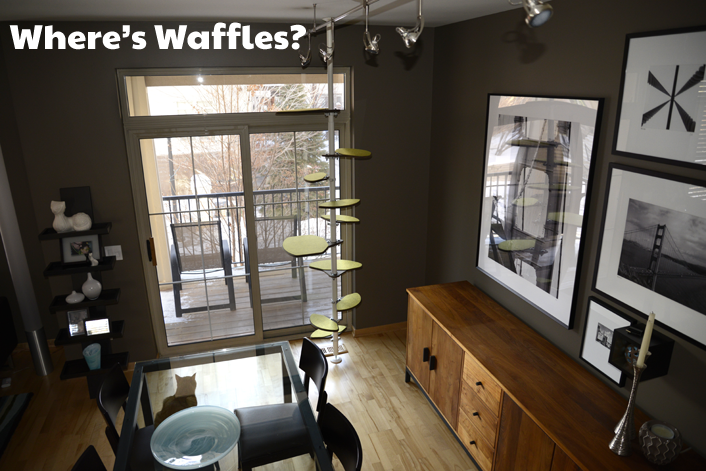 Here's what it looks like in our dining room. The room is open to the rest of the Townhouse so I can see EVERYTHING from up there. Even the neighbors. Can you find ME in this picture? 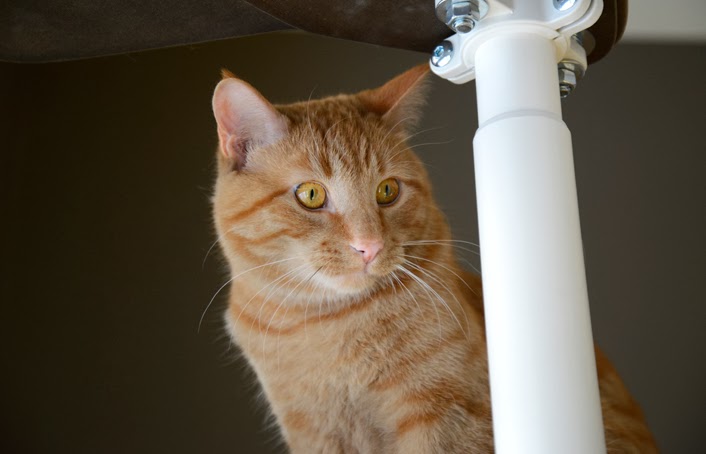 I can't touch the Boss from up here, but I can sure watch her! 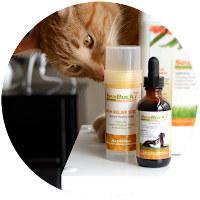 SeaBuck 7 Giveaway Winner!
BIG Congrats to Barker Girl!
She and her furry crew of five are the lucky winners of SeaBuck's Omega 7 Oil and Skin Relief Balm. May their winter be less dry and itchy!
Special thanks to everyone who entered and to SeaBuck for sponsoring such a healthy giveaway!