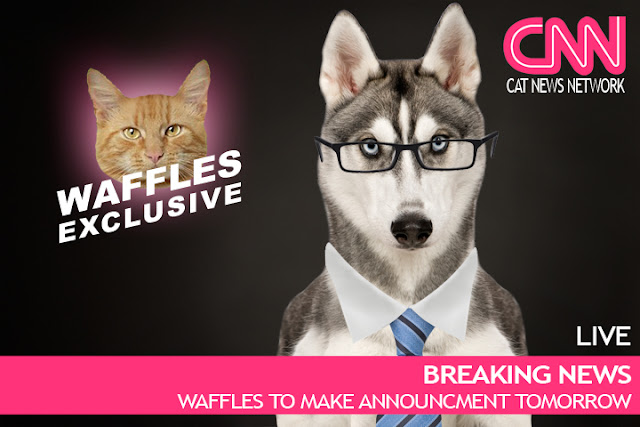 Hello everyone, I'm Wolf Blitzer and you're in the Situation Room.

Sources indicate Waffles, the mysterious ginger cat seen in and around GLOGIRLY.com, is planning on making an historic announcement sometime tomorrow.

It's not yet known if there will be an official press conference, or even if press will be allowed near the popular cat blog. Blogosphere pundits are busy speculating what the orange mystery cat will say. 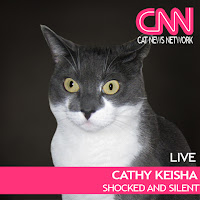 CATHY KEISHA:  Yo! This ghetto kitty doesn't spill for no one! Na mean? 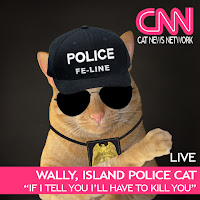 WALLY:  As a pawfficer of the law, I am not at liberty to comment on this particular situation. 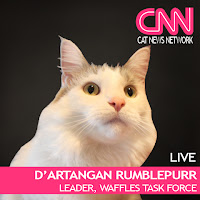 RUMBLES:  Despite our guerilla tactics, the Waffles Task Force has not received any credible leads to date. I anxiously await tomorrow's announcement. ANXIOUSLY. 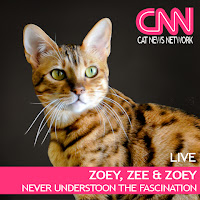 ZOEY:  Frankly, I've never understoood the fascination with this...what do you call him?  "Waffles?"  What kind of name is THAT?