Terror In The Townhouse 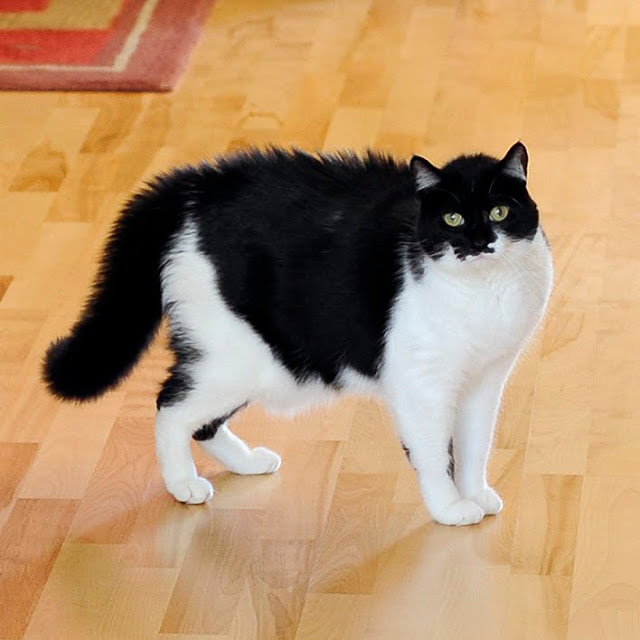 The day started out as any other. Gloman squeezed me out of his side of the bed until he got up. Glogirly slumbered away on her side while I watched and waited. And waited. Hunger pains piercing through my empty kitty tummy.  Finally when I could tell she was heading for the steps I sped down through her legs and past her. Again I waited. SO patiently I waited by my empty food dish. At last I munched down my dry kibble while Glogirly and Gloman dined lavishly. So far, par for the course.

That's when things started to go terribly wrong. I heard talk of a family photo, a Halloween portrait of sorts. You know what THAT means. Costumes. Probably for me. Well I took off before anyone could notice. I will NOT be forced into another ridiculous costume for the sake of some stupid photo. 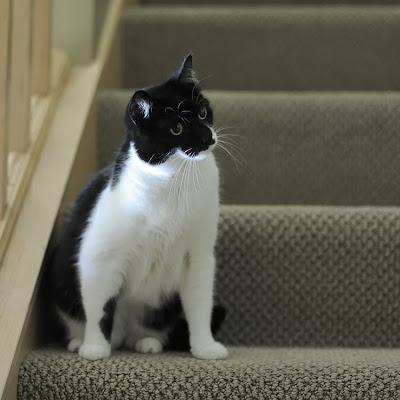 Next thing, I noticed Glogirly in the bathroom upstairs. She was combing her hair and putting on make-up. Taking a lot of time with it I'd say. Little did I know she was adding a little extra something to her usual 'do.'

Still uneasy, I kept a low profile. I heard the camera downstairs. Probably Gloman checking out the light, trying to remember how to turn that silly thing on. Hope I don't have to remind him about the lens cap. No one has approached me with a cat sized costume yet. I'm starting to feel a little better. No tutus, no hats, no wings. So I decide to go check out the action.

Now please, I urge you to continue with caution. The following is rated MA for mature audiences only. What I saw when I approached Gloman and the creature I thought was Glogirly was terrifying. 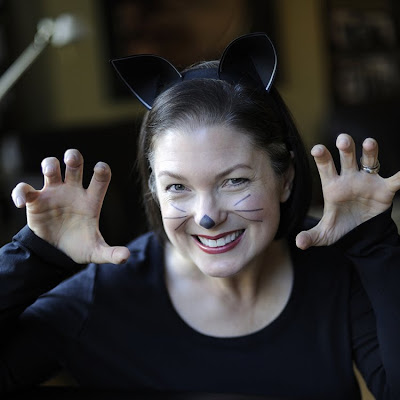 This so-called family photo shoot was about to turn into a savage scene of torture, deception and mayhem. Gloman was taking photos of this hideous impostor. She smelled like Glogirly. She sounded like Glogirly. But she was NOT, I tell you, Glogirly. This beast, and she was huge, had EARS. Not the floppy pink kind that humans have attached to the sides of their heads. She had HUGE catlike ears. Sticking right out the top of her head. The girl beast was easily 15 times my size. Her ears alone were 20 times larger than mine. And if that wasn't disturbing enough, she had a black nose and whiskers. She was terrifying. The stuff of which horror films are made. 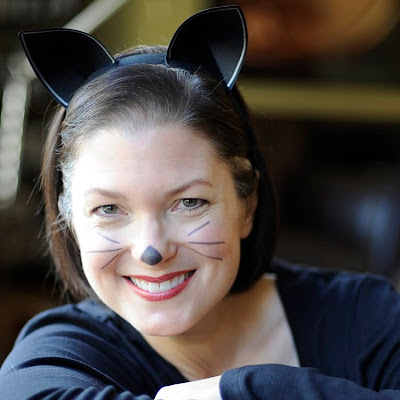 The plan was for me to sit down next to her, really super close, on a stool. Something about a Halloween portrait of the two catgirls. Well I would have NONE of that. I showed THEM... they weren't gonna get close to me. I puffed up my hair right down the center of my back, like a mohawk. I puffed out my tail and gave them my best "stay the freaking h*ll away from me" look. And do you know what they did? Do you? They laughed. They laughed so hard they nearly wet themselves. The girl beast with the ears tried to tell me she was Glogirly. That I had nothing to be scared of. Yeah right. 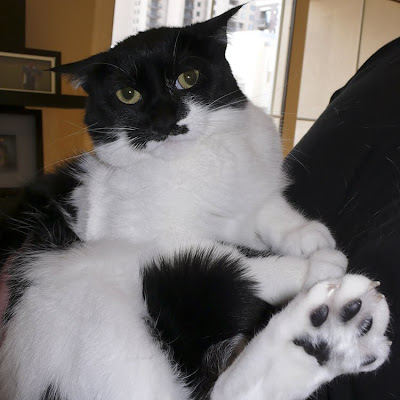 Then Gloman, I'll never trust HIM again, came over to me and gave me a line of sweet talk. Picked me up and brought me over to the girl beast. That was all I could take. It was do or die. Gloman put me on the stool and I let out a ferocious growl and the hiss heard 'round the world. I twisted and contorted myself, made them think I was going into convulsions. I landed on the floor with a thump, in cloud of flying fur. All they heard was the sound of claws searching for traction on the hardwood floor. All they saw was a flash of black and white, speeding away like a rocket ship. 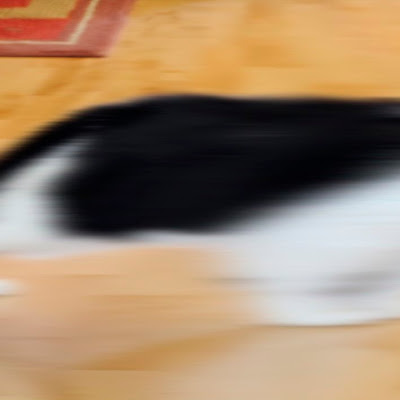 Well the photo shoot went on without me. Gloman took more and more pictures of the girl beast. Today's blog serves as proof of the horrific incident. The two of them continued to stalk me throughout the townhouse. Laughing and pointing. Taking even more photos. 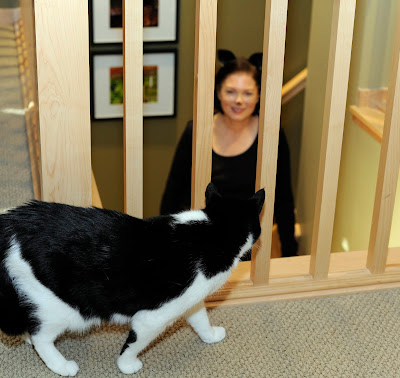 At one point I got close to the girl beast. 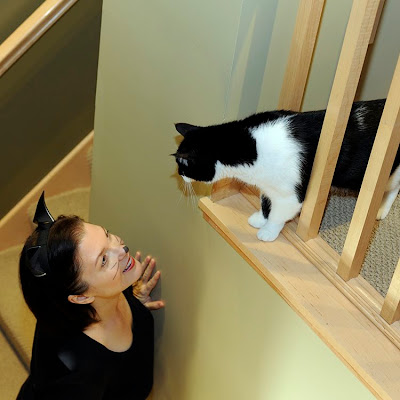 A little too close if you ask me. 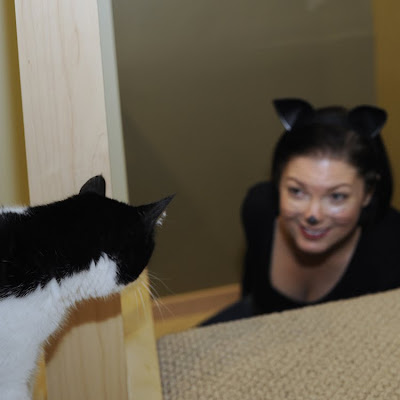 Terror in the townhouse.
Scarred for life.