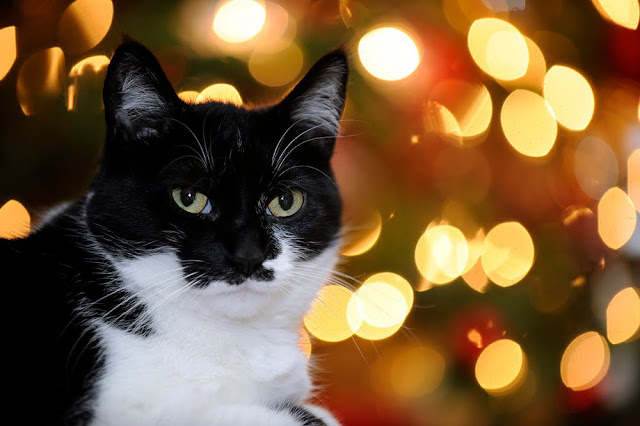 Would you believe that Christmas almost didn't happen???

Glogirly and Gloman have BOTH been sick. Gloman went to urgent care on Sunday and Glogirly went on Christmas Eve.  You will not BELIEVE who Glogirly saw at urgent care just a few hours before he was to board his sleigh. That's right. The man in red. Well actually he was wearing jeans and a plaid shirt, but there was no mistaking his identity. 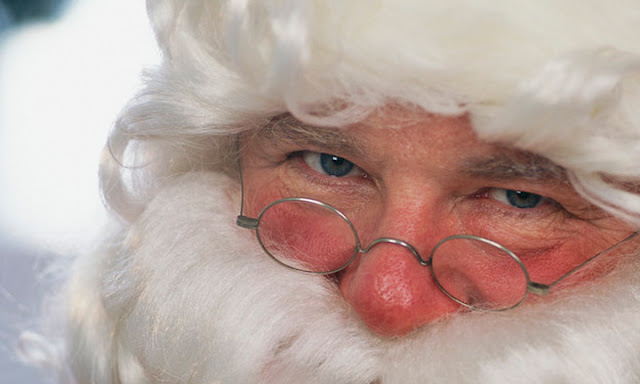 Glogirly was unable to photograph the real Santa, what with being inside urgent care and all. But he looked just like this guy, only shorter.

Glogirly eavesdropped as best she could. He said his name was Croft or something and that he had a "party" to get to. Sounded suspicious.

He seemed to have some sort of special clearance and went in ahead of everyone in the waiting room. That was the last she saw of him.

They must have made him better, because although I never saw him, I KNOW he made a stop here at the Townhouse. Waffles Too was supposed to keep me awake, so it's all his fault I missed seeing Santa.  But thankfully he still left us a nice pile of kitty loot. 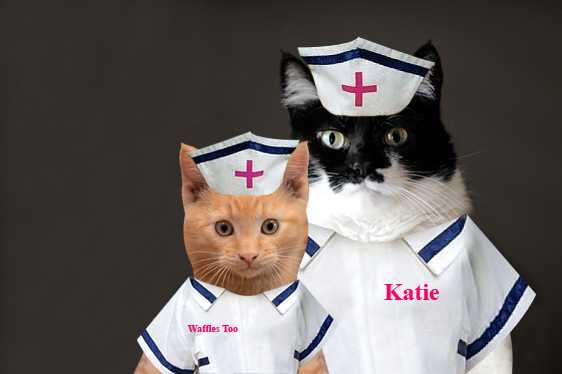 So now I'm giving Waffles Too some advanced nurses training. With both Glogirly and Gloman sipping cough suppressant cocktails and visiting with Aunt Biotics day and night, we have our paws full. We're very sorry this has kept us from visiting and commenting on all of your blogs, but we've been reading your comments and loving every one of them.


Hey, if you missed the cool video we all made for Gloman, you should check it out. It stars me, of course. But Waffles Too has a drum solo that everyone seems to love. I guess the kid's got a future. Glogirly says the best part of the video was watching Gloman watch it. He was smiling, laughing and wiping his eyes.


Labels: GLOGIRLY-Tails Of A Cat And Her Girl, Gloman, Nurse Katie, Santa, Waffles Too