And Then The Doorbell Rang 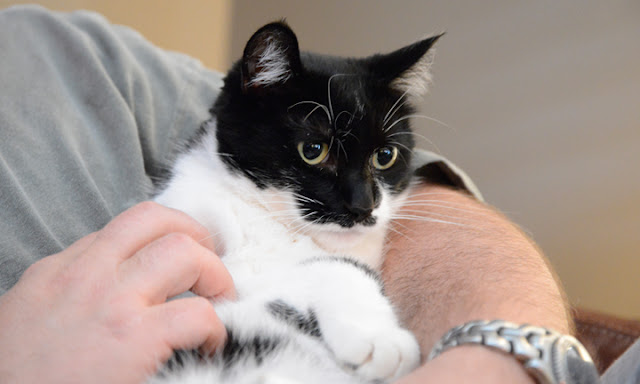 He eats my food. He drinks my water. He sleeps in my bed, scratches my posts, plays with my toys. But now Waffles TOO has gone TOO far.

It was supposed to be an easy Sunday. Lounging, movies and catnip. Until the doorbell rang. It was the Cat Sitter. Wha??? The CAT SITTER. There was no warning. There were no suitcases, no big bowls of food. Certainly no teary goodbyes. 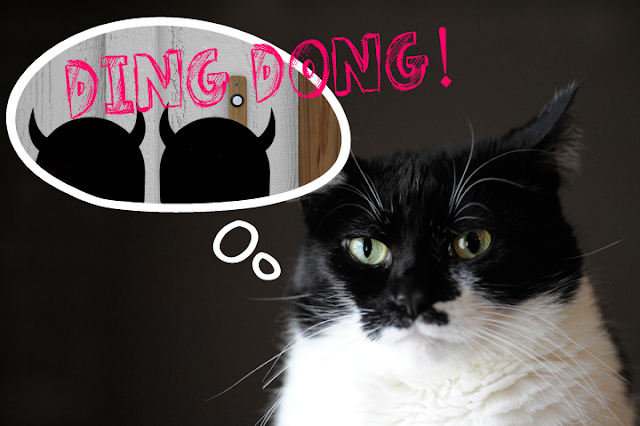 The Cat Sitter had apparently arrived on the invitation of Waffles Too. Wha??? Waffles Too INVITED the Cat Sitter AND her boyfriend over to MY townhouse for NO GOOD REASON. Ok, there's never a good reason for the Cat Sitter. But he invited them over to VISIT.  To PLAY.  For the FUN of it. Can you believe it??? 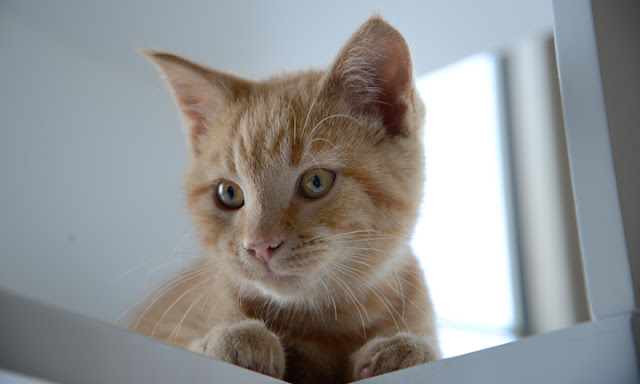 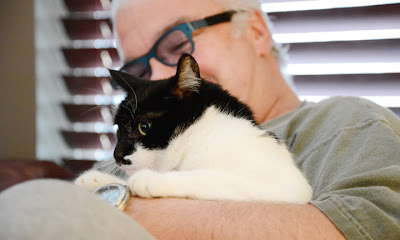 Meanwhile I was trapped. Held captive against my will in the SAME room as everyone, INCLUDING the Cat Sitter, forced to watch them play with Waffles Too. They were cooing and squeeing all themselves. It was sickening.

Labels: Cat Sitter, Doorbell, GLOGIRLY-Tails Of A Cat And Her Girl