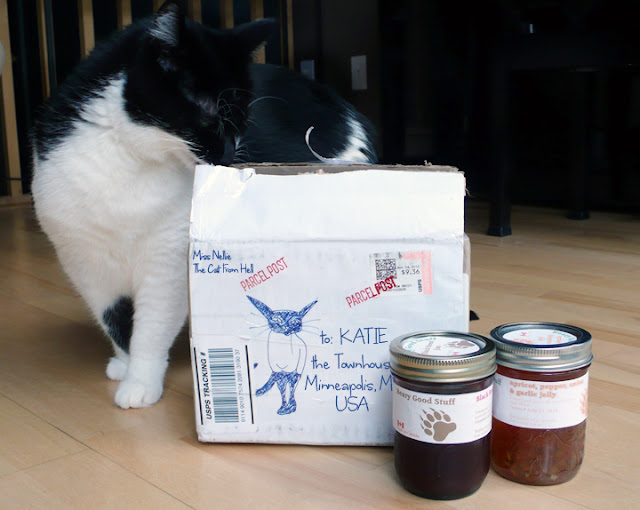 You'll never believe the cool package that arrived for me at the Townhouse recently. It came ALL the way from The Cat From Hell!!!  And look...that's Miss Nellie on the box!

Miss Nellie's human heard through the grapevine that Glogirly had never tried Black Forest Ham.  Seriously? She's eaten everything else under the sun...I can't imagine how she'd miss the ham. So when a package arrived at the townhouse all the way from Miss Nellie, I just KNEW this was going to be good. 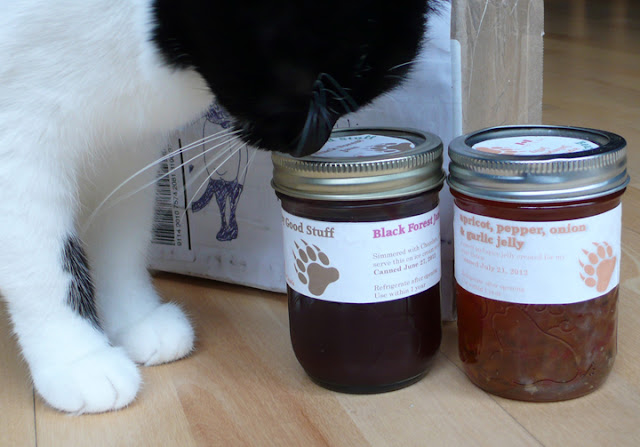 So Glogirly is all excited over this jar of sticky, smelly stuff. She's putting it on ice cream, on biscuits, on french bread. Still no ham in this equation. There's another jar marked 'apricot, pepper, onion & garlic jelly.'  It says it's supposed to be good ON ham. Still, I must ask: WHERE'S THE HAM?

Glogirly and Gloman are gaga over these jars of jams and jellies. Miss Nellie's human's company, Beary Good Stuff, specializes in hand made preserves made in small batches with the freshest fruits and vegetables. Glogirly says your humans really should stop by their Beary Good Stuff Website to check out ALL the good stuff!  Just don't go looking for ham. 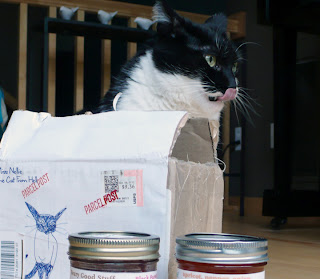 They don't have ham. 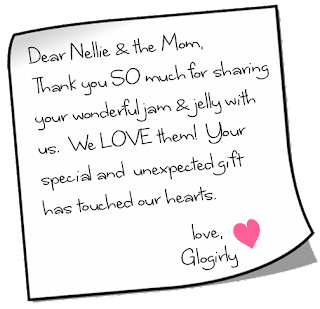