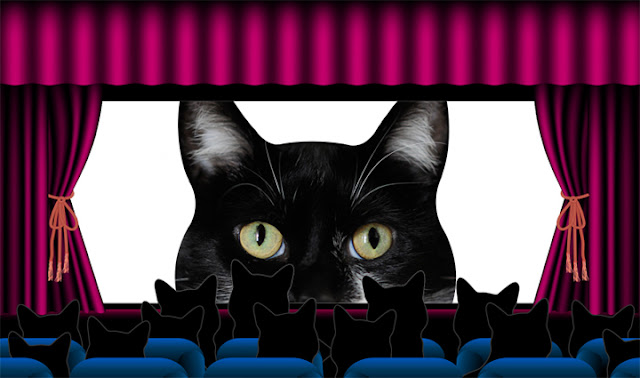 I'm just too excited to let this Wednesday be wordless.  Tomorrow night hundreds, maybe THOUSANDS, of people will gather on the lawn outside the internationally renowned Walker Art Center in Minneapolis for the first ever Internet Cat Video Film Festival.  Glogirly and Flat Katie will be in attendance and all paws are crossed that a clip of one of my videos makes it to the BIG screen! 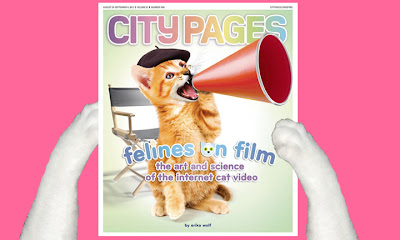 But according to the local news, I'm already famous!!!  Today the Minneapolis City Pages (that's the cool newspaper of the Twin Cities for you foreigners) published a front page article about the festival... and guess what the FIRST word of the article is?  KATIE!  That's right kitties, I'm not only above the fold, I'm right under the byline.

A very nice reporter named Erika Wolf (no relation to dogs) talked with Glogirly a few weeks ago about the festival. Here's what she wrote about me:


Katie Glovatsky lives the glamorous life of a breakout reality-show star. She and her fellow cast members Zoey, Hakeem, and Callie spend most nights traveling by limo, swilling martinis, dancing on tables, and dodging the paparazzi. She knows the bouncers at the hottest clubs, including the Glitter Box, and she always receives VIP bottle service, though she secretly would rather drink milk than Moet. 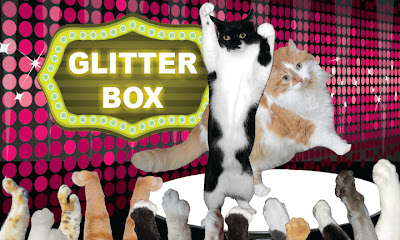 Her days are spent getting her beauty rest, soaking in the sun, and grooming her jet-black hair — truly her crowning glory. Every so often, she'll go for a run or chase a ball around, but mostly she tries to save her energy for the nightlife.

What most of her fans don't know, however, is that Katie Glovatsky is painfully shy. In fact, when people come over, she scurries under the sofa.

"Katie is not a very social cat," says Debbie Glovatsky, a Minneapolis-based blogger who created a series of stop-motion YouTube videos called "The Real Housecats of the Blogosphere." 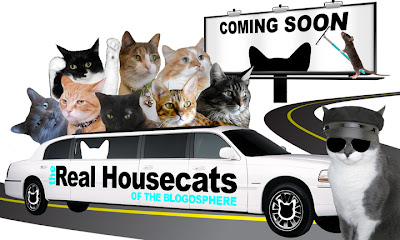 In 2009, Glovatsky was curious about social media, though she had very little experience with it. She wanted to start a blog, but wasn't quite sure how to begin until her husband said, "Why don't you have Katie introduce you?"

Glovatsky began writing in what she imagined was Katie's voice — sarcastic and sassy. She quickly discovered that the internet was teeming with people similarly inspired by their own cats. Soon, Glovatsky began creating videos using photos of Katie accompanied by an entourage of her online friends' cats. Before long, Glovatsky was attending cat-blogger conventions.

Glovatsky is self-aware enough to realize that this all might make her sound a little odd.

"I had no idea when I started to write in the voice of my cat that there were others." 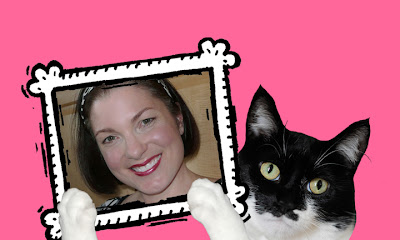 Ok, so Ms. Wolf didn't publish any photos of us...
UPDATE: WRONG!!!  Just got my paws on a hard copy of the City Pages and I'm on the front page in FULL COLOR! You can check out my official update WITH PHOTOS here.

Check out the rest of the article here: Internet Cat Video Film Festival Purrs Into Minneapolis

And if you need your Katie-video-fix, visit the GLOGIRLY YouTube Channel to watch one of your favorites.

Glogirly, Flat Katie and I look forward to giving you a full report on the festival. 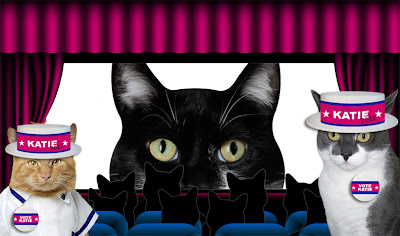 Don't worry. Waffles & Cathy Keisha will be providing additional security for me at the film festival.
You can never be too safe.


Please come back tomorrow (Thursday) for a VERY special post dedicated to
- Blind Cat Rescue & Sanctuary -
the shelter we are supporting in the Campaign For A Cause Contest.