Scratcher Possession is Nine-Tenths of the Law #ThrowbackThursday 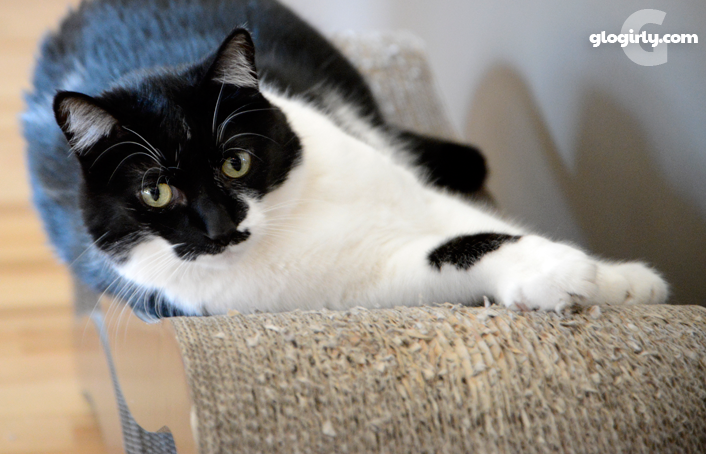 KATIE:  Pssst... I'm about to give Waffles his first lesson in the laws of cat scratcher ownership. I don't have much faith that he'll understand, let alone remember today's class. But in an effort to make my world a better place, I must try. 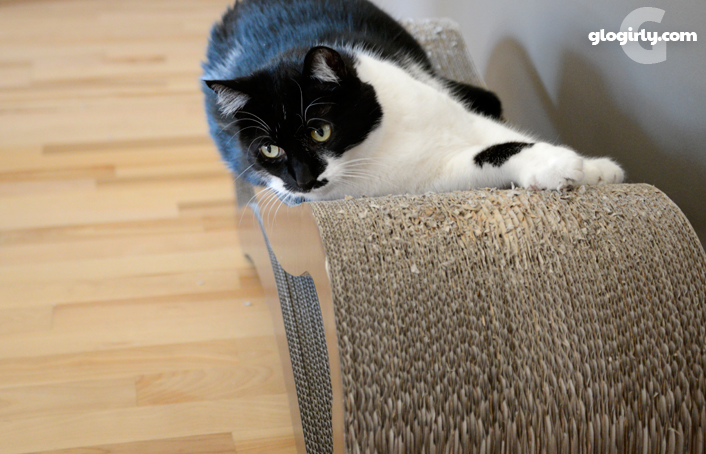 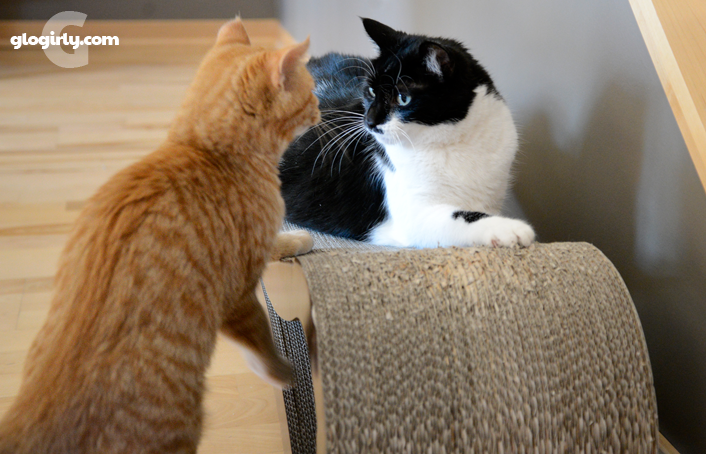 KATIE:  Lounging on my scratcher.

WAFFLES:  Can I lounge on the scratcher?

KATIE:  You mean on my scratcher?

WAFFLES:  How do you know it's your scratcher and not my scratcher?

KATIE:  That's not what I meant, Waffles. When it comes to stuff like scratchers, possession is nine-tenths of the law. That means this scratcher is mine. 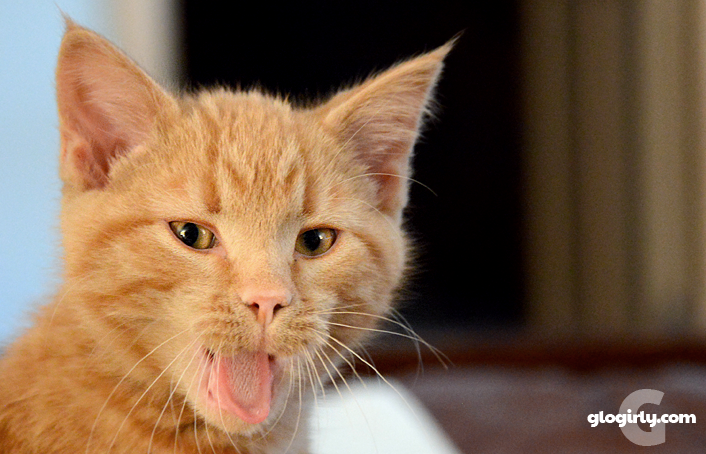 WAFFLES:   Glogirly says all I have to do is look cute and I can have whatever I want. Cute is WAY better than math.

About Today's Photos
Waffles was still learning the ropes when these photos were taken back in January of 2013. He was barely 4 months old. Katie had her paws full trying keep him off of her stuff. That first scratcher lesson didn't go too well. What Waffles lacked in etiquette, he made up for in confidence.

Both he and Katie have come a long way. Waffles shows Katie selective respect. And Katie shows Waffles selective tolerance. Selective though, is the operative word.