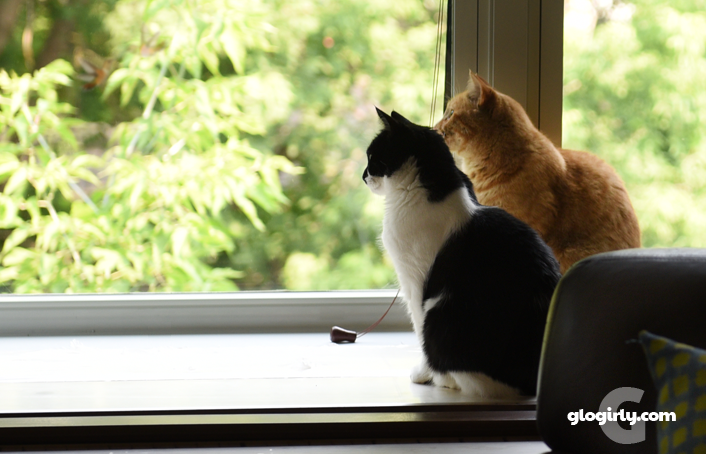 WAFFLES:  What are you thinking about, Boss?

KATIE:  I'm just thinking about how lucky we are, Waffles.

WAFFLES:  Did we win a prize or something?

KATIE: You could say that.

WAFFLES: Did it come in a nice box?

KATIE: No Waffles, what we have doesn't come in a box. 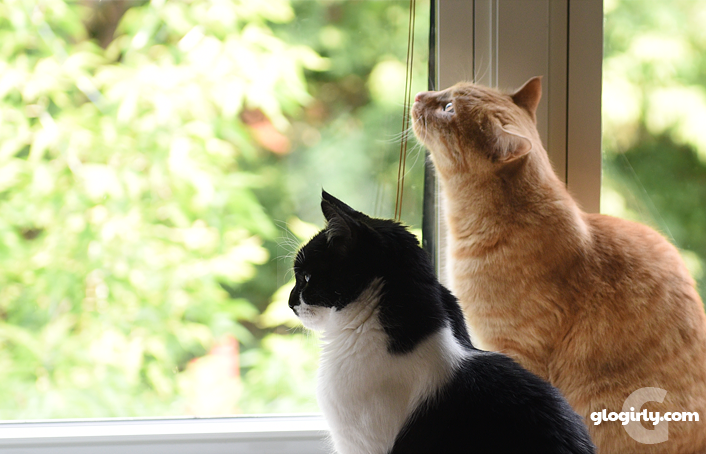 KATIE:  Waffles, the things that really matter don't come in boxes. Things like friends, family, freedom. Most of all love.

WAFFLES:  I love YOU, Boss. And Glogirly and Gloman and chicken. And wand toys. Definitely wand toys.

KATIE:  Waffles, long before you were born, even before I was born, there was a terrible tragedy in our country. Lots of people, animals too, lost their loved ones. Nearly 3.000 people died. And all because of things like intolerance and hatred.

WAFFLES:  I don't know what those words mean, Boss.

KATIE:  That's ok, Waffles. There are too many people, even cats, that do.

In honor of those who lost their lives, and those who live with that loss.
We will never forget. 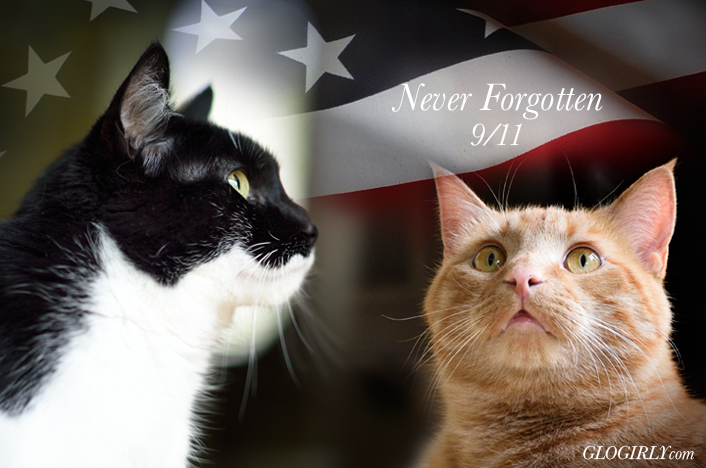 Labels: 9/11, GLOGIRLY-Tails Of A Cat And Her Girl, Heart Stories