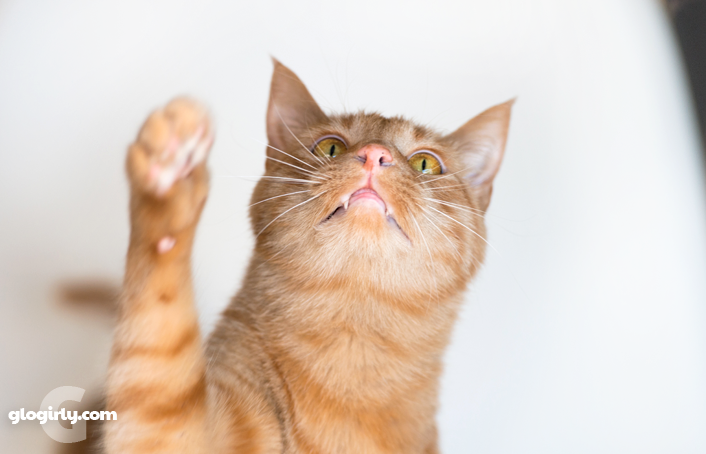 WAFFLES:  Uh, Boss? I have a question.

WAFFLES:  So you know how Glogirly has been changing our menus, right?

KATIE:  Yes, Waffles. She's been transitioning us from canned food to whole food.

WAFFLES:  So this whole food... does that mean I get a WHOLE chicken?  Because if it does, I'm getting ripped off. There's no WAY she's been giving me a whole chicken everyday. I think I should complain. Maybe write a letter. KATIE:  Waffles, you're not supposed to get a whole chicken everyday. That would be crazy. The whole food we're eating is called whole food because it's unprocessed real food.

WAFFLES:  You mean we've been eating FAKE food all this time???

KATIE:  No, Waffles. Our whole food is more like what Glogirly buys at the grocery store for her and Gloman.

KATIE:  Not exactly. We're eating food that's made right here in town at a small independent pet food deli. They understand that cats are obligate carnivores and need protein, not Cheetos. The food we get actually is the whole animal. Everything is ground up, including the muscle meat, organs and bones. It looks sort of like ground beef from the grocery store, but it has all the nutrients and protein we need. It's also much easier to digest because it's more like what we would eat in the wild and isn't heavily processed. That's key for a cat like me with IBD or sensitive digestive tracts. 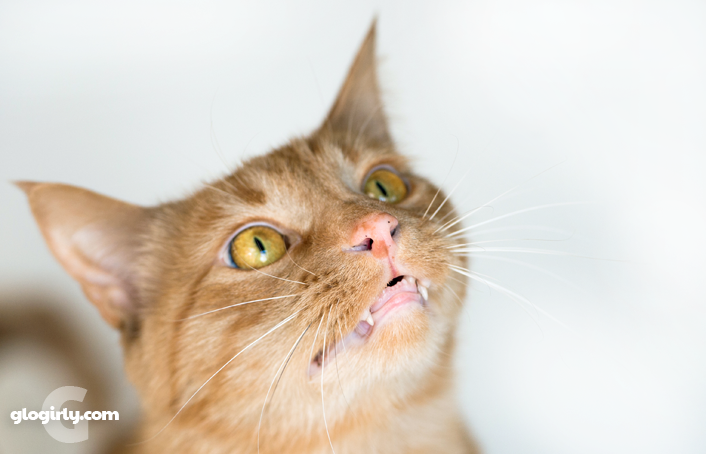 WAFFLES:  So, no Cheetos?

KATIE:  No Cheetos, no grains, no carbs... nothing we don't need.

WAFFLES:  But what if I need Cheetos? 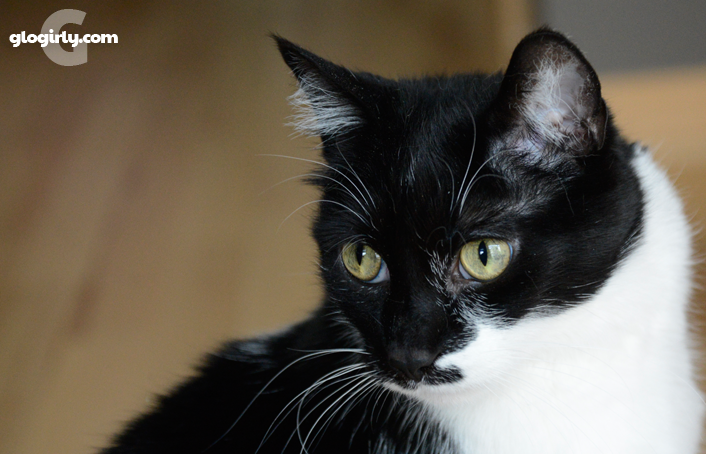 An Update From Katie
Thank you SO much for all of your thoughtful get-well comments, notes and cards. I'm feeling much, much better since I started being treated for IBD (Inflammatory Bowel Disorder) just a few weeks ago. One of the most important things we've done is a complete change in diet.

Transitioning to a new diet, especially a dramatic change from canned or dry food to a whole food (cooked or raw) isn't easy. It's important to take things very, very slow. That's exactly what we're doing. Starting with just barely a teaspoon of new food mixed in with the old food and then gradually increasing the amount of new and decreasing the amount of old.

Waffles has joined me in the menu change because, even though he doesn't have any health problems, this diet is healthier for both of us.

The food we're eating is available both cooked and raw. Lots of variety too - quail, rabbit, lamb, pork, pheasant, chicken, duck, deer and more. Waffles is up to eating half/half, raw with his old canned food. I haven't quite taken to the raw yet, so I'm eating the cooked. Yesterday was a milestone - I ate nothing but the new cooked whole food. I'll eat this for a couple of weeks or so and then Glogirly will start to mix in just a tiny bit of raw. Ultimately, she would like to see how we both do on a completely raw diet. But even if I don't transition to raw, the whole cooked food will likely have a very positive effect on my digestive and overall health.


Remember, We're Just Cats
We're not experts. We're not nutritionists. We're not vets. Our only specialty is taking funny pictures, making people laugh and putting Photoshopped wigs on cats. Our intent is not to become your source for something as serious as nutrition. We just thought you'd like to know how I'm doing and what's working for me.

If you're interested in learning more about what we're eating and where we're getting it, you can visit Woody's Pet Food Deli.

This is not a review, not a sponsored post...Woody's doesn't even know we have a blog. Yet.

Labels: GLOGIRLY-Tails Of A Cat And Her Girl, IBD