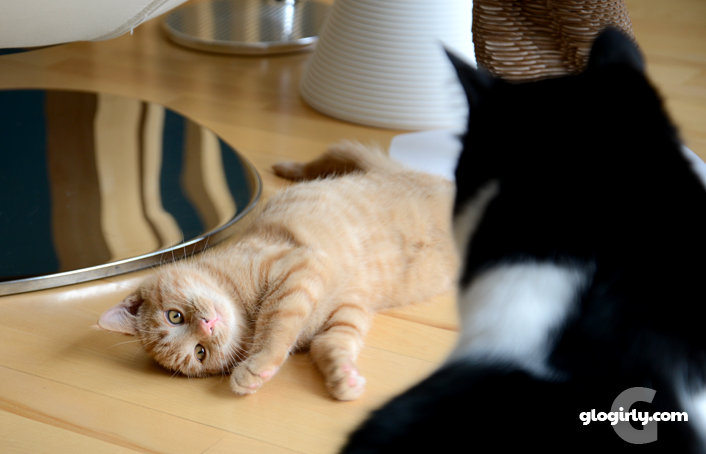 KATIE:  So Waffles. Do you realize that when you were an annoying kitten you spent 90% of the time laying down on the floor? 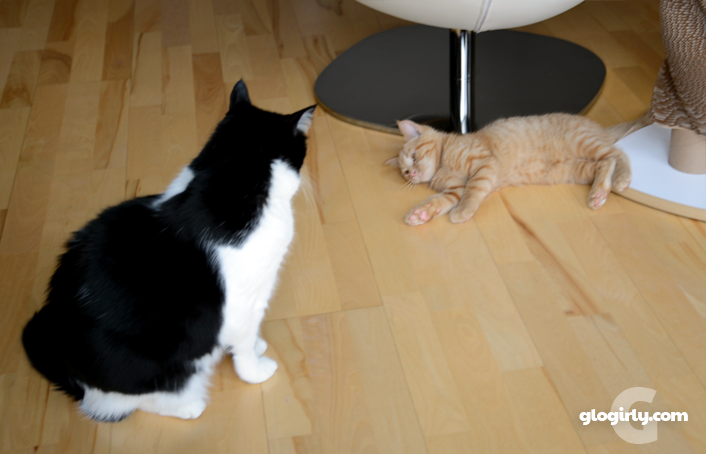 KATIE:  So what... you couldn't figure out how the whole walking thing worked? Or were you just playing dead?

WAFFLES:  Wow, Boss. Your uh, your butt looks kind of sort of ... uh, big.  This must have been BEFORE your diet.

KATIE:  Don't change the subject, Waffles. So what's with the whole laying down thing? 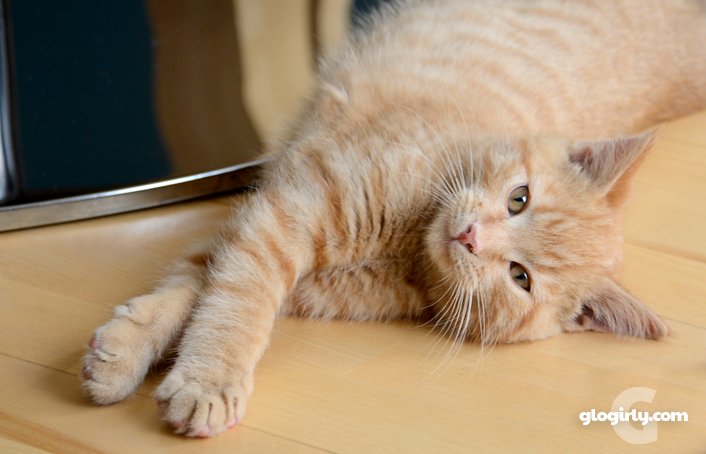 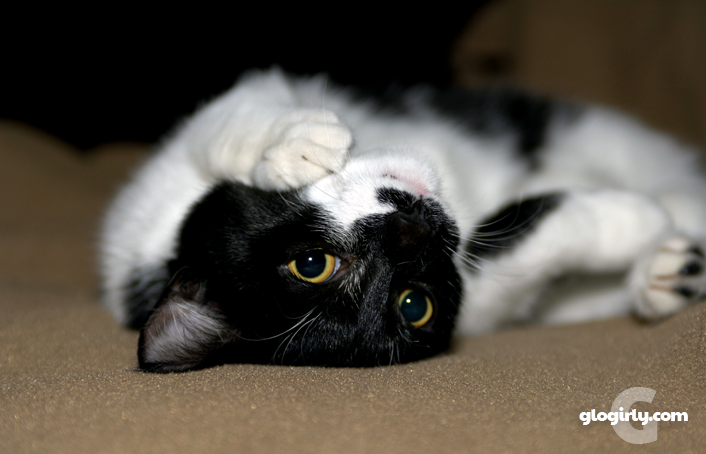 About Today's #ThrowbackThursday Photos
The first three photos are from December 14, 2012. Waffles had been at the Townhouse a mere three weeks. He was 3 months old, about 4.5 pounds and FASCINATED with Katie.

The photo of Katie is from November 21, 2005. She'd been in her new forever home for a little under three months. She was just shy of 6 months old, 6 pounds and was already seeking a patent on *The Cute Thing.*