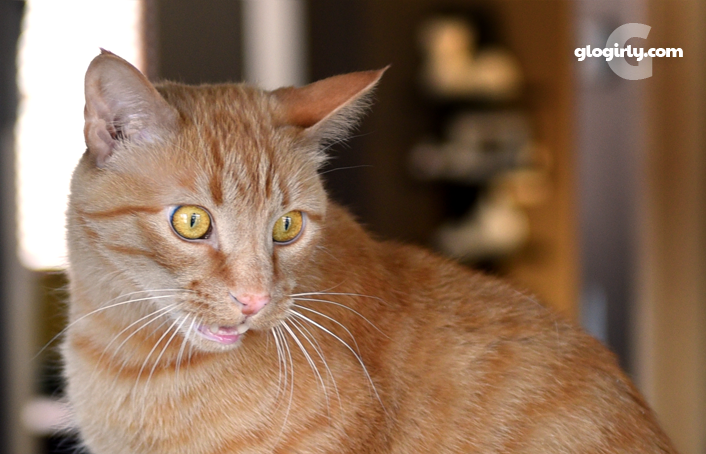 WAFFLES:  I'm going on safari. I hope I'll be back soon, but you never know. Safaris can be dangerous you know. So if I don't make it back, please give all my chicken drumsticks toys to Glogirly and my KFC gift cards to Gloman. Oh, and give my catnip pickle to the Boss. 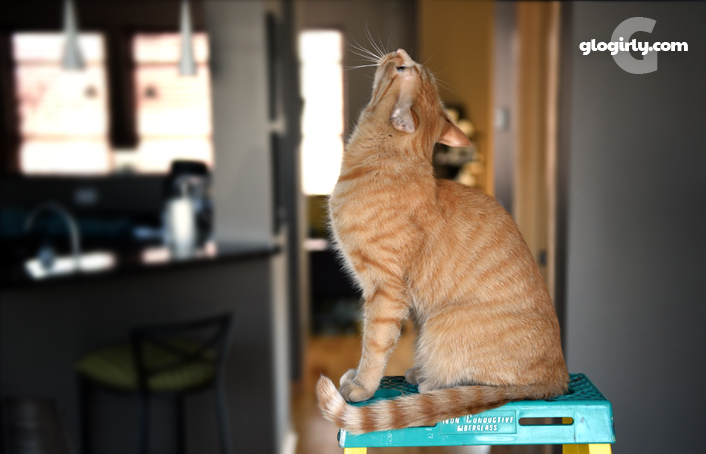 WAFFLES:  I KNEW it... Boss! There's monsters in the ceiling. They sound HUGE. 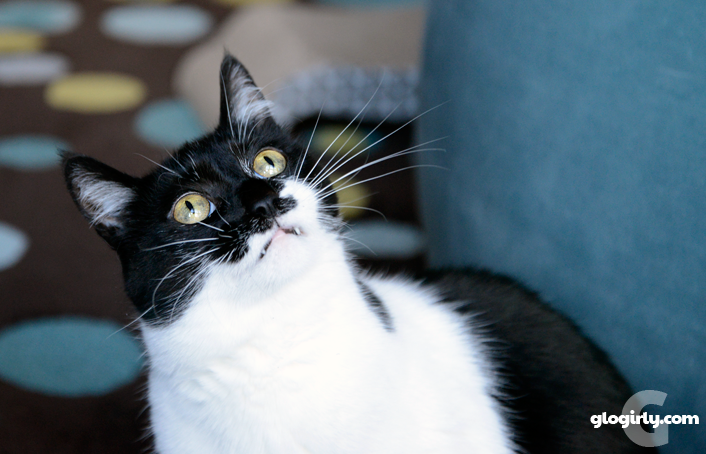 WAFFLES:  In the CEILING???

WAFFLES:  In the UPSTAIRS ceiling???

KATIE:  NO. She's just doing laundry. Why would she be in the ceiling? 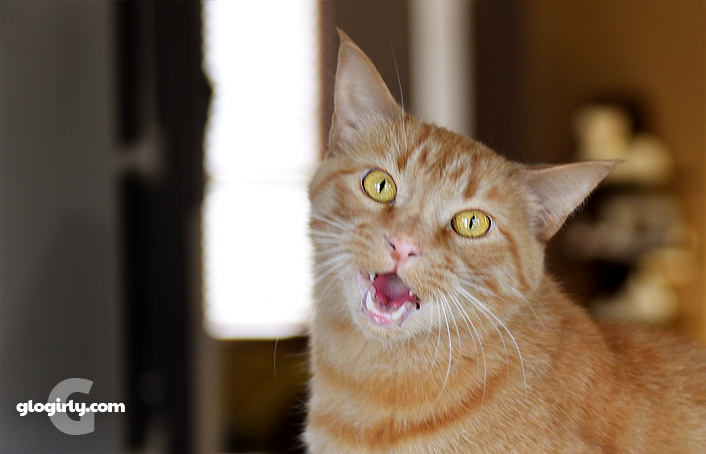 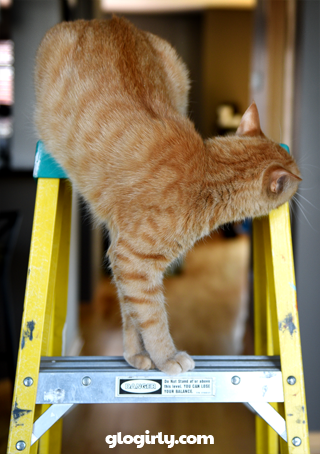 About Today's Photos
Today's pics were actually taken back in February of last year. But earlier today, Glogirly had the ladder out to change some of the smoke alarm batteries. Every single time she stepped away, even for just a few seconds, Waffles would climb to the top of the ladder and just sit there like it was his throne.

When she was done with the changing of the batteries, she folded the ladder up and leaned it against the wall. Waffles still managed to climb it, but it was so steep he couldn't get down.

Pretty sure Katie was hoping he'd never come down. Not to worry though, Glogirly came to his rescue. Again and again and again.


Labels: GLOGIRLY-Tails Of A Cat And Her Girl, Waffles Wednesday