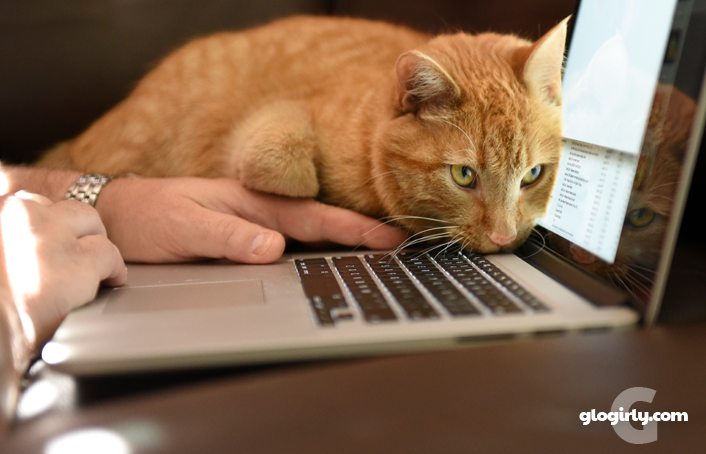 WAFFLES:  Gloman and I spent the weekend doing man stuff on the computer. Like reading the news and photography forums and shopping for, you know... man stuff. 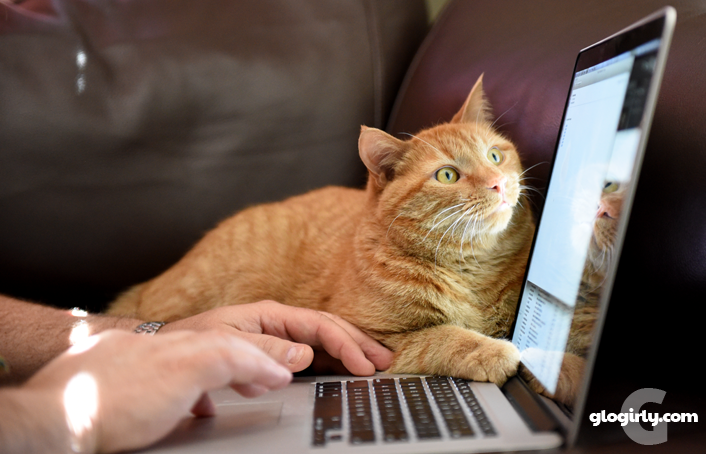 WAFFLES:  I'll take two red dots and a wand toy. The orange one. With feathers. 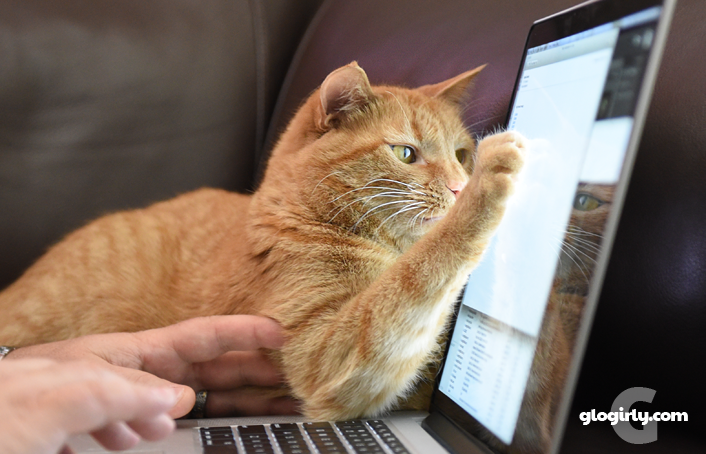 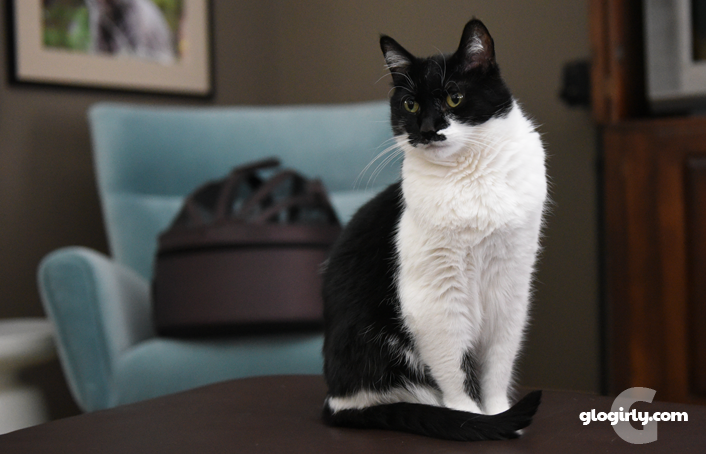 KATIE:  Feathers for me??? *It's about time* You shouldn't have. 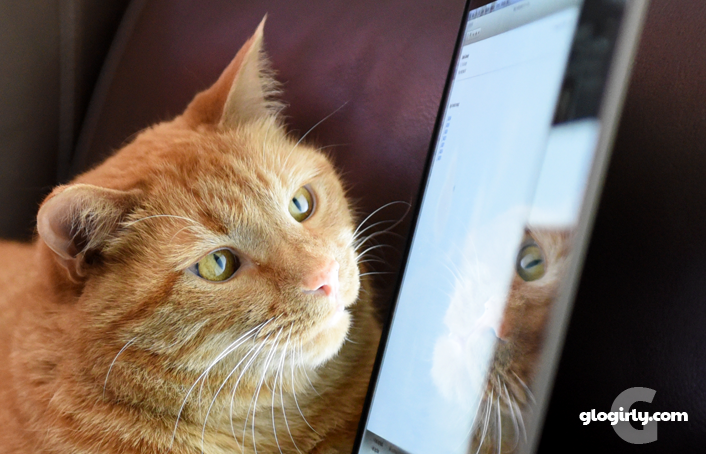 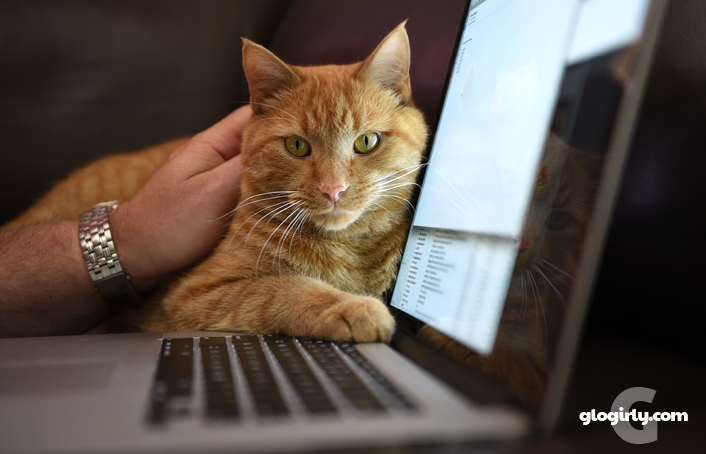 WAFFLES:  A smart mancat knows how to keep the Boss happy. Especially when she's looking.

About Today's Photos
Gloman was in Poughkeepsie, New York all of last week at the CIA. Just when we thought he was a real secret agent man, he informed us it's actually the Culinary Institute of America. And just when we thought that would mean he'd return bearing culinary gifts, he showed up with nothing more than a suitcase of dirty laundry.

Waffles had some serious catching up to do with him. Five whole days without their pre-breakfast and post-dinner lap time is almost more than he can handle. So there was a lot of what you see in today's photos going on over the weekend. And plenty of naps. And KFC. Original recipe.