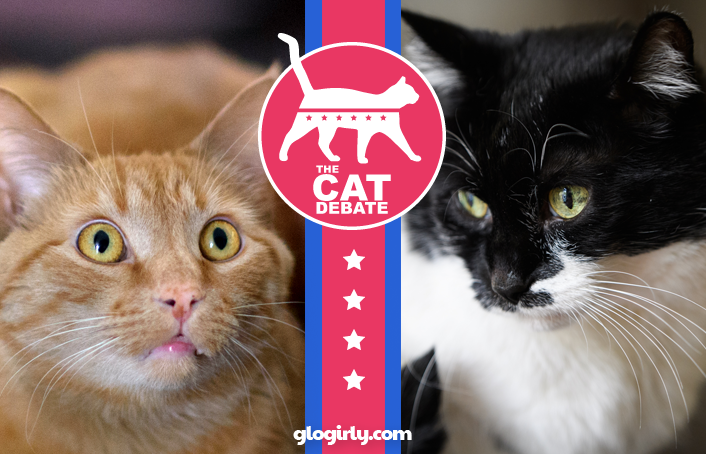 MODERATOR:  Welcome to the final 2016 Residential Cat Debate. The political pundits have been buzzing since the last cat debate with viewer polls indicating Katie overwhelmingly outperformed the furry orange showman. Her prowess and preparation clearly paid off. Despite Waffles' lack of experience and polish, he continues to charm crowds with his off the cuff meows, quips and improvisational song lyrics.

We're ready for a spirited discussion between two cats with strikingly different viewpoints and opinions. We kindly ask that you refrain from cheering, chortling or heckling.

MODERATOR:  Except for right now as we welcome cats, Katie and Waffles. 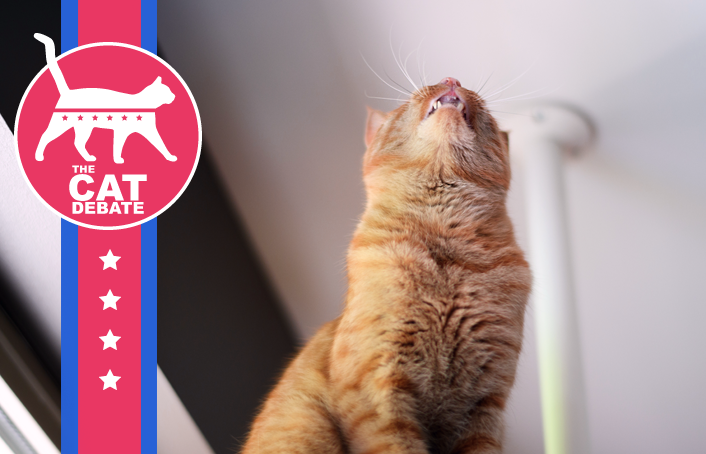 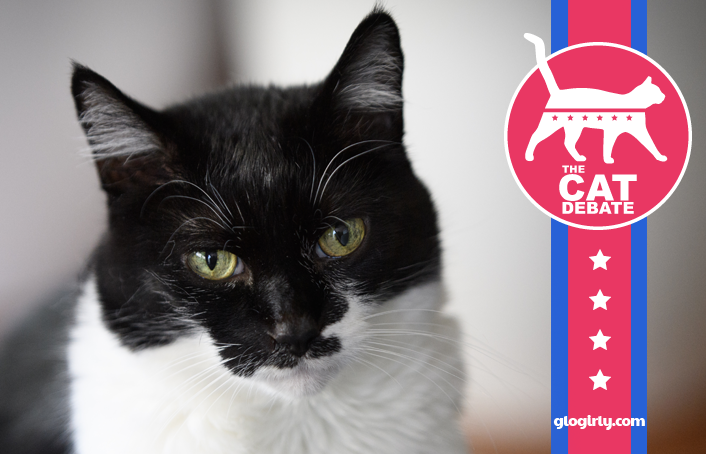 KATIE:  Seriously, Waffles. Cheering for yourself??? 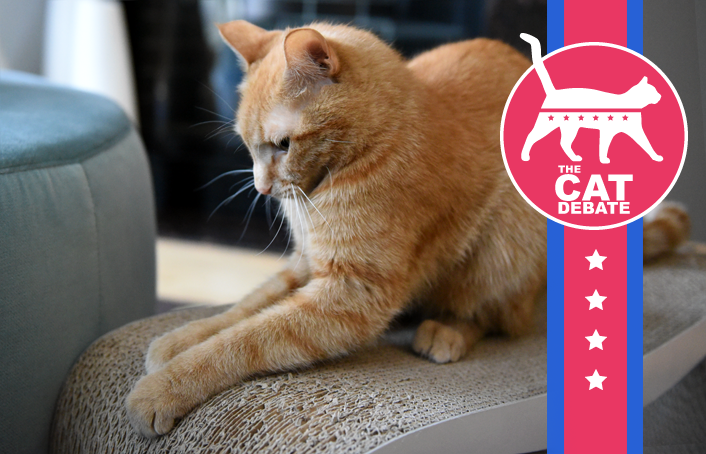 WAFFLES:  Wait! I'm not ready. I have to get my scratcher, um.. I mean my podium ready. Where's the snacks? Aren't there supposed to be snacks? 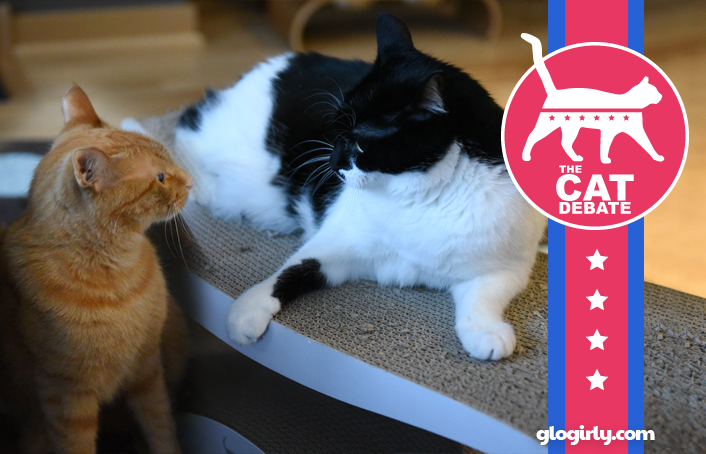 KATIE:  Waffles, get back to your podium. This one's mine.

WAFFLES:  Does your podium have snacks? Because mine doesn't. Aren't we supposed to have snacks?

KATIE:  Waffles, forget the snacks. The readers want to hear us discuss the issues. 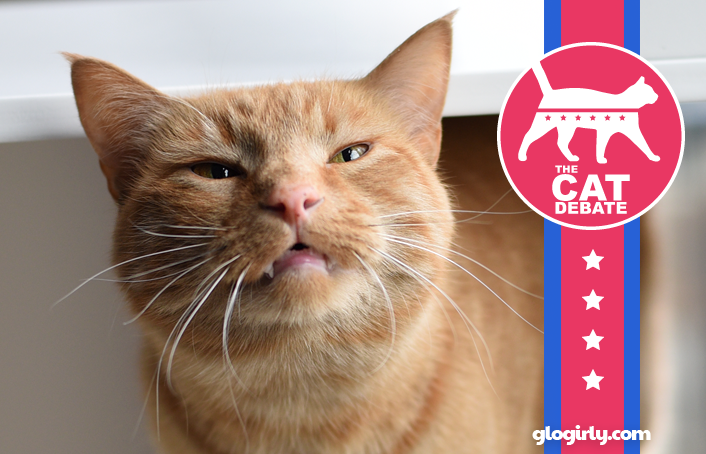 WAFFLES:  Hey, Mister Moderator Guy, I have an issue that needs to be discussed. My podium doesn't have snacks. 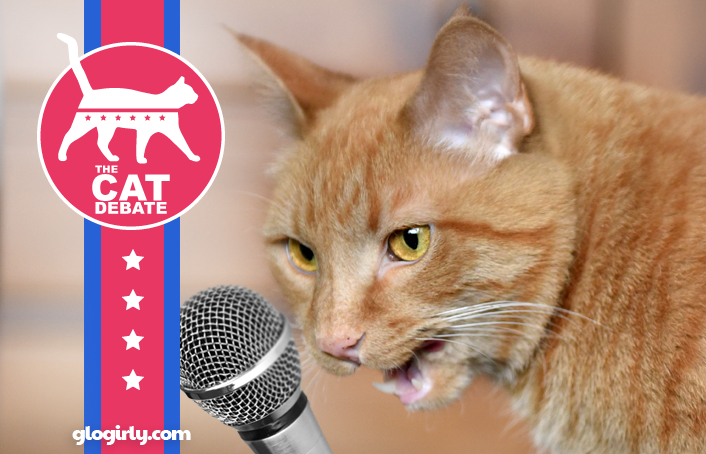 WAFFLES:  Doesn't this thing work? Hellooo, can anyone hear me? Hey, where'd the moderator guy go? 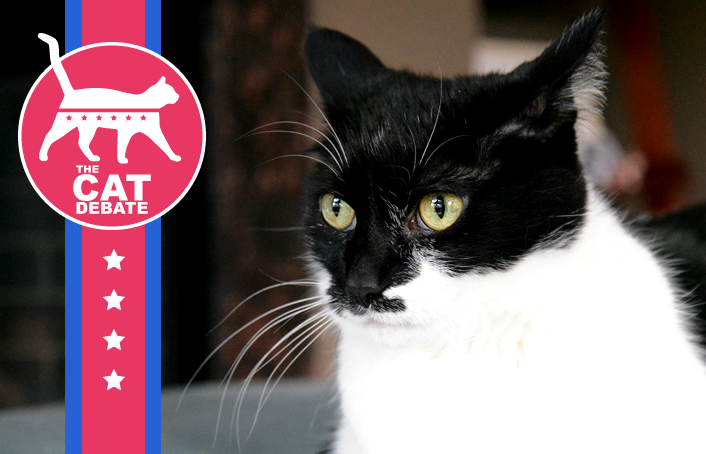 KATIE:  Something tells me he's not coming back.

And...
...there you have it. The debate has ended before it even got started. Despite the lack of thoughtful discussion, tomorrow's polls will likely show that Katie won while Waffles tweets about the lack of snacks.

Democat, Republicat, Independcat...
No matter which side of the litter box you lean towards, we bet you'll be glad when this election cycle is over. 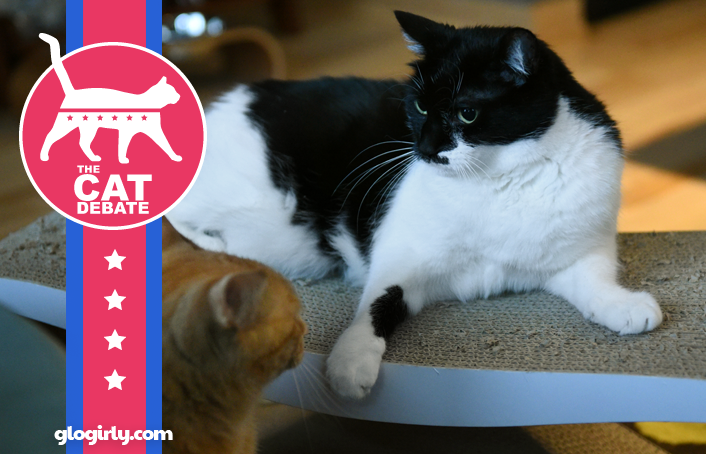 WAFFLES:  Which side of the litter box do you lean towards, Boss?

KATIE:  MY side, Waffles.