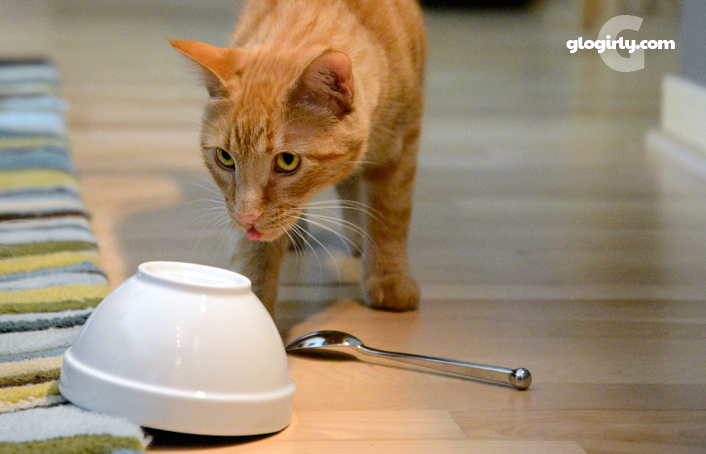 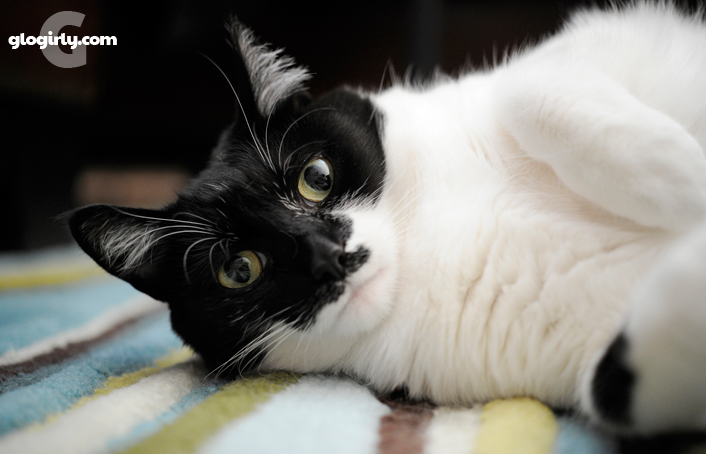 KATIE:  Waffles, what are you doing?

WAFFLES:  It's the Souper Bowl, Boss. You know, the big game! I'm practicing my play calls.

KATIE:  For the record Waffles, yesterday was Superbowl Sunday. And that's a cereal bowl. 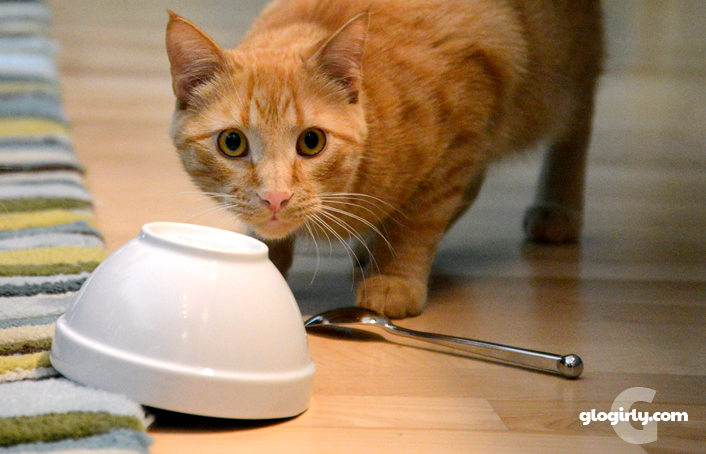 WAFFLES:  There's a Cereal Bowl game??? COOL! Maybe I can be the quarter-cat. On account of– 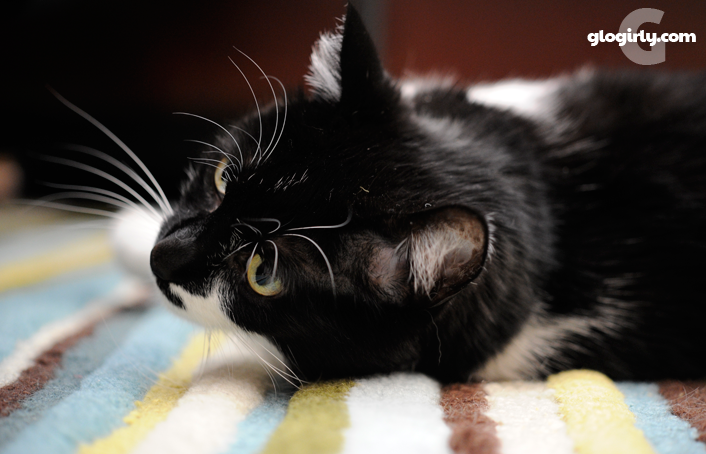 KATIE:  I know, I know. The ladies all love the quarter-cat. Whatever Waffles, there's no cereal bowl game. There's no SOUPer bowl either.

WAFFLES:  Uh huh. There is too a Souper Bowl. Glogirly and Gloman were watching it last night. The orange team won and their quarter cat guy is retiring. It's PURRfect! I'm going to be a Souper Bowl star!

KATIE:  Whatever, Waffles. Just know that when Glogirly sees you've tipped over her bowl on the floor, she's not going to be souper happy. 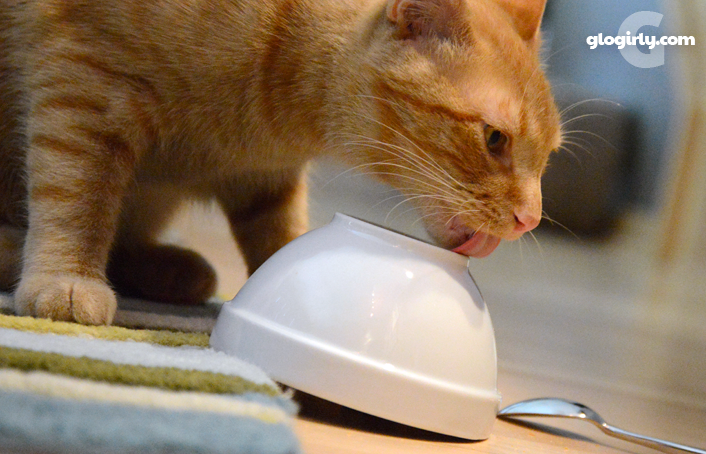 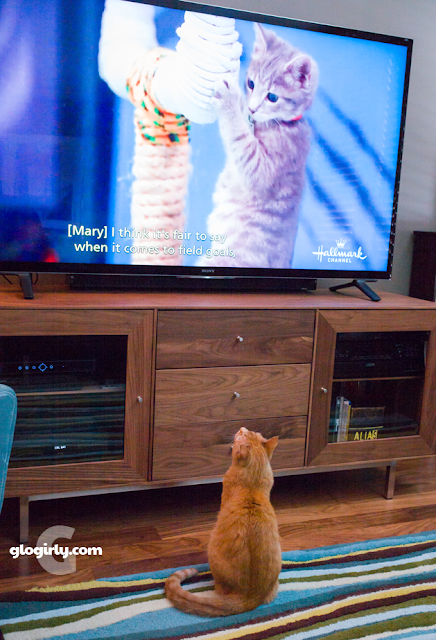 Yesterday was full of bowls for us here at the Townhouse. And we're not talking about Glogirly & her Cheerios.

We started the day off by live tweeting during the Kitten Bowl. We had a blast and were really excited to see so many of our friends tweeting and watching too!

Big kudos to the Hallmark Channel for putting on what we thought was the best Kitten Bowl ever! The slow-motion camera work was fabulous and the teams could not have been cuter.

Next we turned our attention to that other little football game. We hope your weekend was souper too!