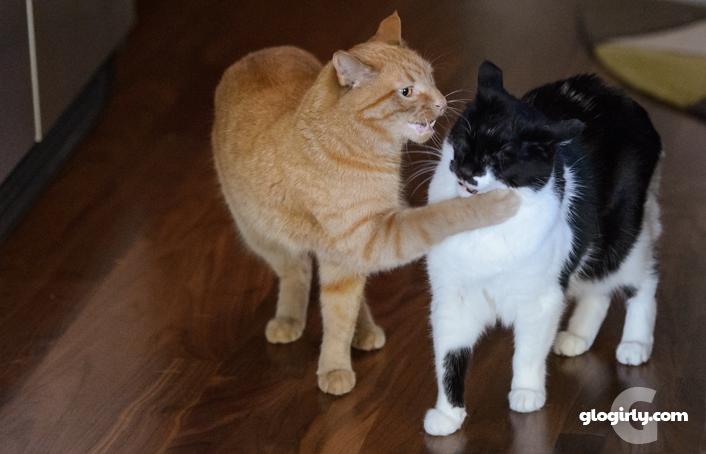 WAFFLES:  Hey BOSS! Do you smell what I smell? 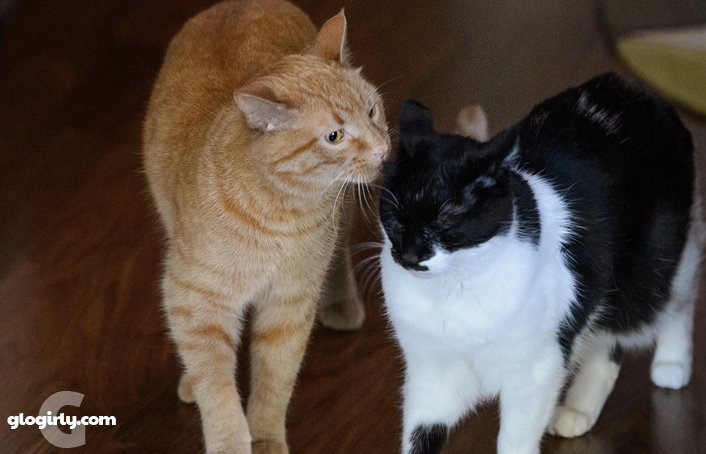 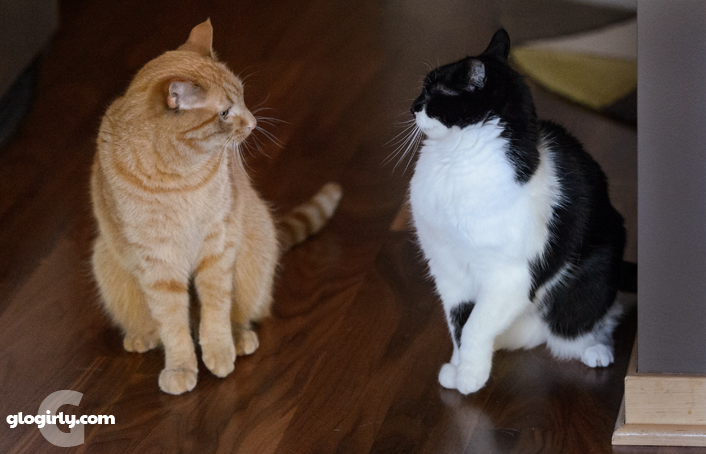 KATIE:  I heard you the first time, Waffles. And to be honest, I'd rather not smell what you smell. 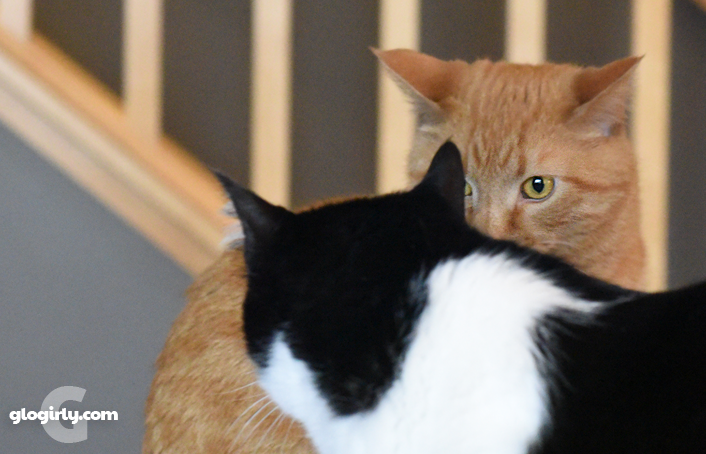 WAFFLES:  No, Boss. You don't understand. Glogirly smells... well.. she smells funny. And not haha-funny, but funny-funny.

KATIE:  What do you mean, funny-funny? 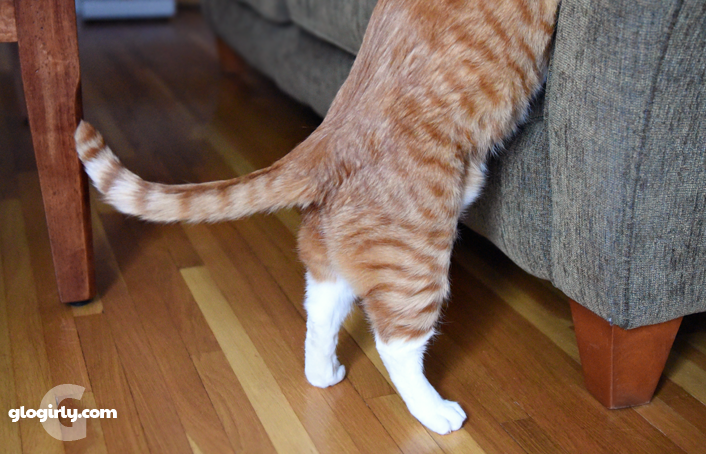 KATIE:  Waffles, since when do you have a pair of white boots?

WAFFLES:  I don't have any white boots. And that's NOT my tail. 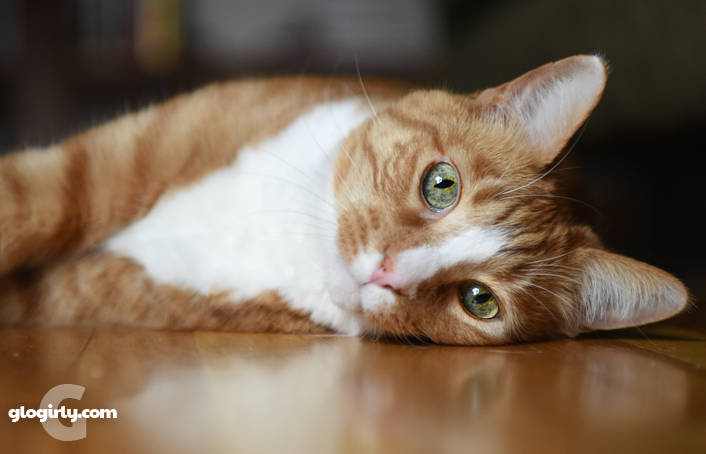 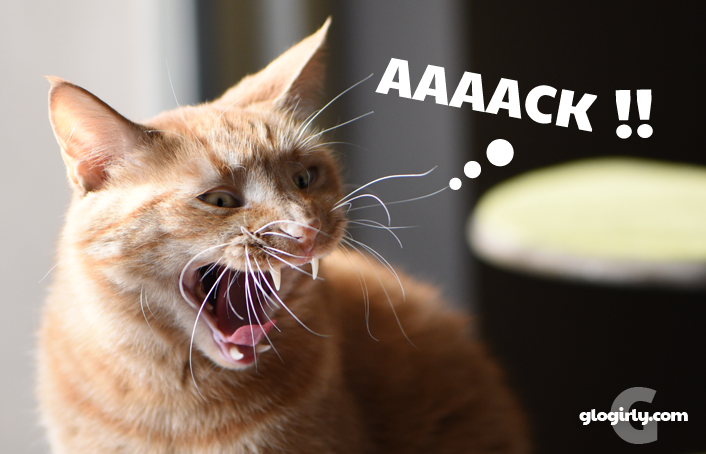 WAFFLES:  AAAACK!! It IS an orange tuxedo cat! Boss, how does that even happen? 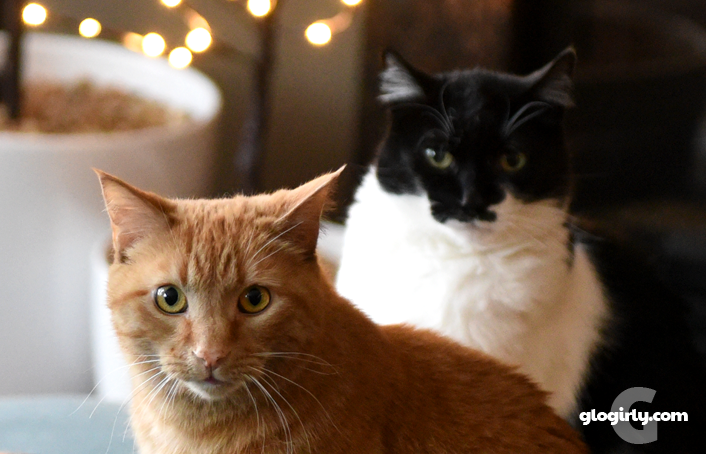 KATIE:  Let's just keep this on the down low, Waffles.

Meet Rocky. An adorable tabby tuxedo that Glogirly was cat sitting last week. He belongs to her friend and coworker. Rocky's humans went on vacation with their regular cat sitter (can you imagine???) and he needed a friend to look in on him. 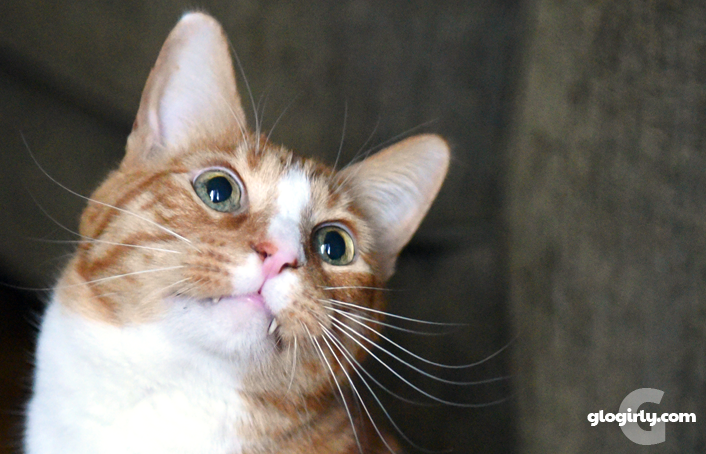 We knew something was up when Glogirly snuck out of the townhouse with her camera in one hand and a wand toy in the other. The gig was totally up though when she returned home covered in orange and white fur. We don't even want to think about what they may have been up to.