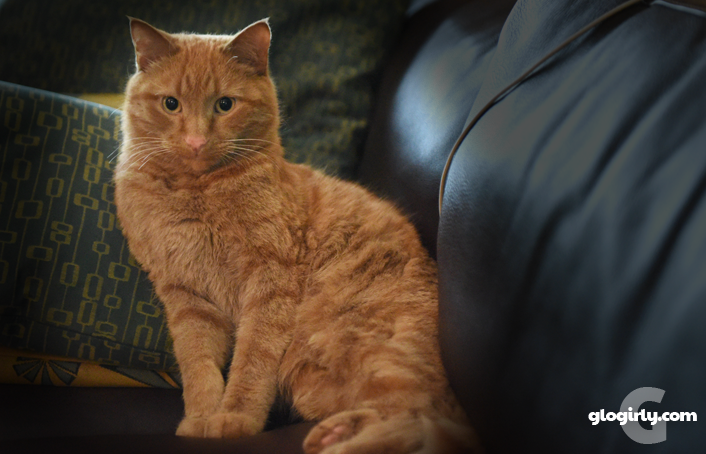 WAFFLES:  I bet you didn't know I'm a male model, did you? Don't tell the Boss... you know how she gets. When we receive cat products to review and write about, I get to pose with them so they look more handsome. Because everyone knows that handsome sells.

It takes a LOT of work to learn how to pose and stuff. 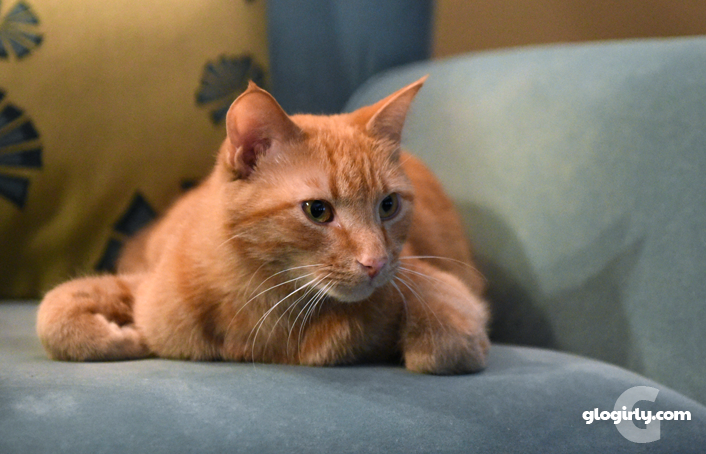 WAFFLES:  Sometimes it's hard to know what to do with your paws. 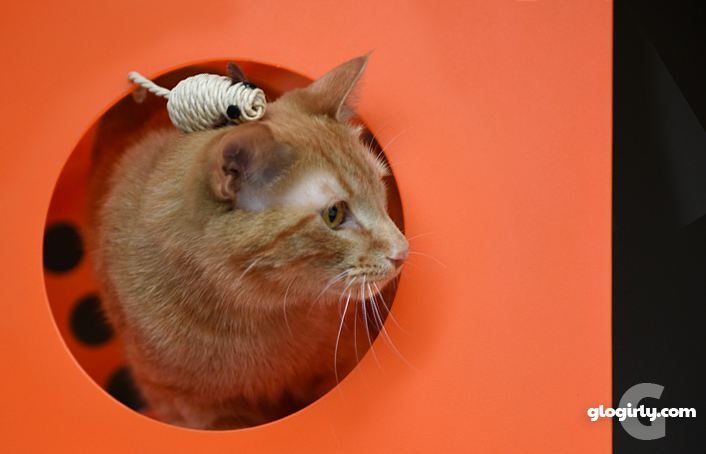 WAFFLES:  Sometimes you can't find what you're supposed to pose with. 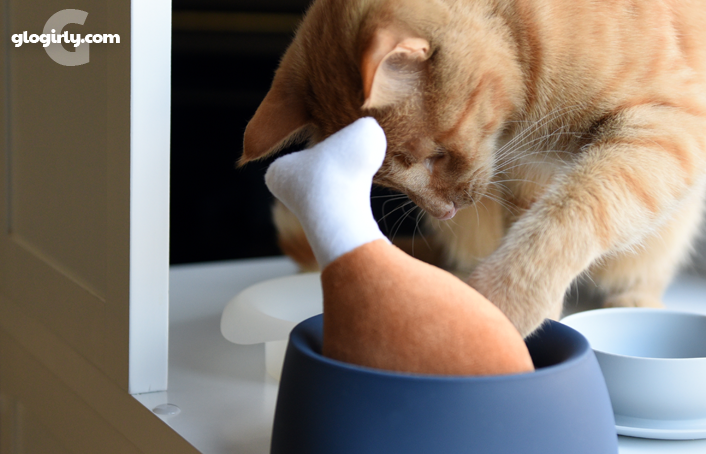 WAFFLES:  But no matter what, there's usually chicken involved. 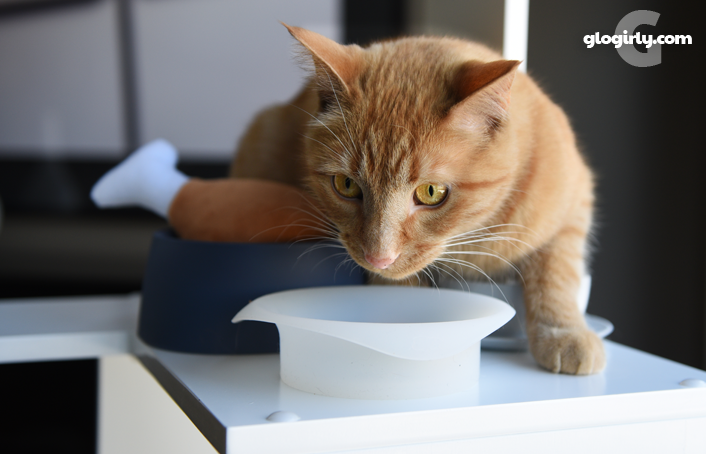 WAFFLES:  Wait a minute. Something's fishy about that chicken. It doesn't taste like chicken. Or fish.

About Today's Photos
Today's photos are some fun outtakes from a few product photo shoots we've done. Except for that first photo of Waffles with his 'come hither' male model expression.

Waffles is always the first one to check out anything new that arrives at the Townhouse. More and more though, Katie is getting in on the action. Maybe it's curiosity. Maybe it's because she's the Boss. Or maybe it's the chicken.

One trick that Glogirly uses to get photos of Katie & Waffles interacting with anything from a toy to a  lounger to even a new carrier, is to keep everything out of sight until she's ready to shoot. She'll take a quick photo ahead of time, just to make sure the lighting is good and the background doesn't have someone's underwear laying in the middle of it. You'd be surprised what you miss until you really look! Then when she's ready with her camera in one hand and treats in the other, she'll bring out the new stuff. Even when she forgets the treats (gasp!), the best photos almost always happen within the first 60 seconds.

After that first minute, it takes much more work... and bribery.