He Said, She Said #TuxieTuesday 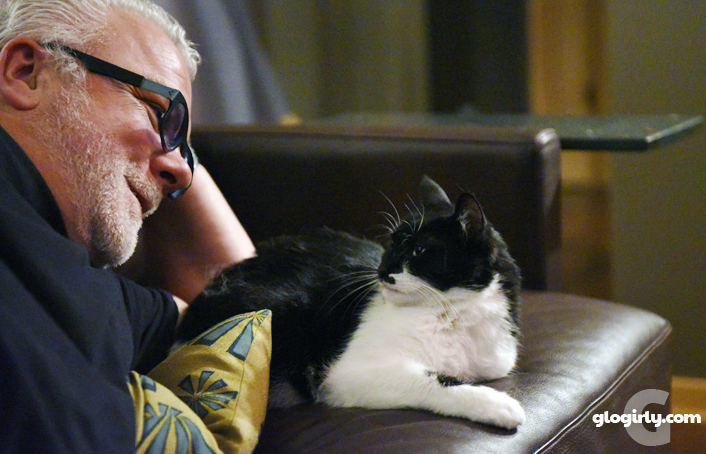 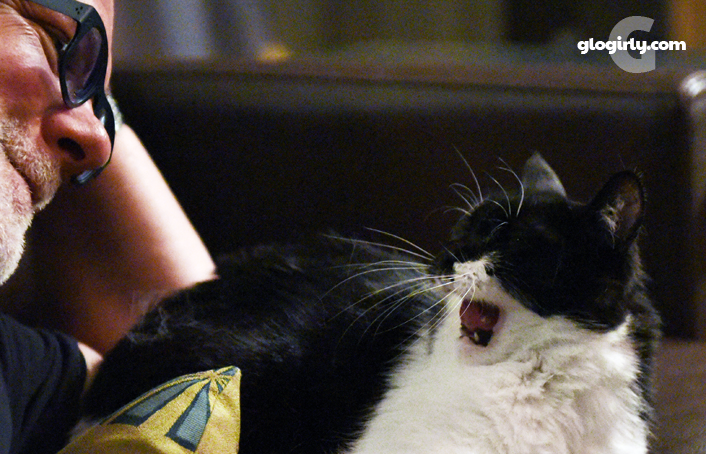 KATIE:  He actually tried to blame ME for stealing those treats. Why, I'd NEVER– 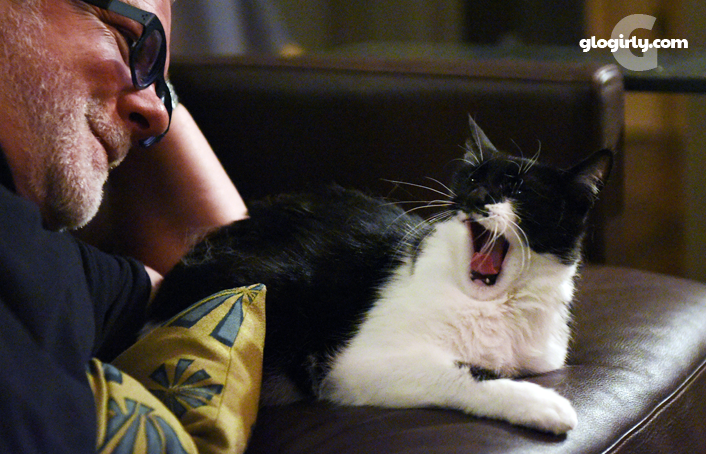 KATIE:  So I told him, "No WAY, those aren't MY paw prints and teeth marks all over that shredded bag." I mean have you seen him lately? It's pretty obvious who's been loading up on all the meal enhancements. 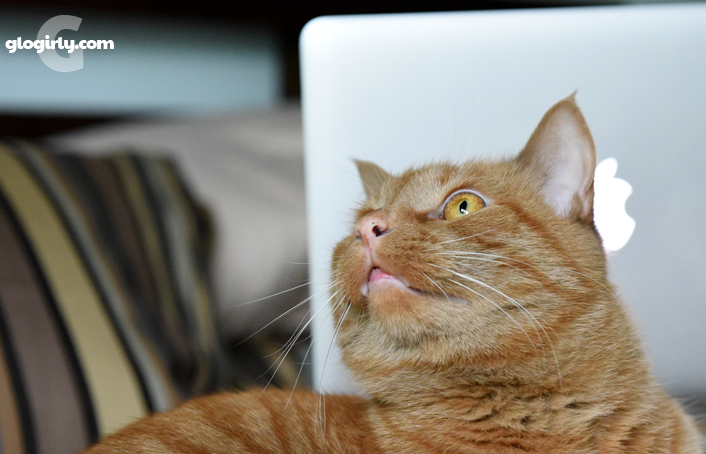 WAFFLES:  Did someone say meal enhancements???

About Today's Photos
Today's photos of Katie were taken only a few minutes before we clicked 'publish' on our blog post. It was so late in the evening in fact, they were shot in virtual darkness. But through the magic of Photoshop and a pretty great low-light camera, we managed to get some beautiful and rare shots of Katie and Gloman having one of their heartfelt conversations.

It's no secret Katie's not a cuddler like Waffles is. Most evenings Waffles waits patiently for Gloman to finish his dinner and lay down on the sofa. That's his cue and in 15 seconds or less, he's curled up on Gloman's lap for the duration of the evening.

But last night it was Katie who had love on her mind as she beelined over to the sofa. There was purring, twirling, outstretched arms, curled up paws... she was not going to let Waffles horn in on her love fest. 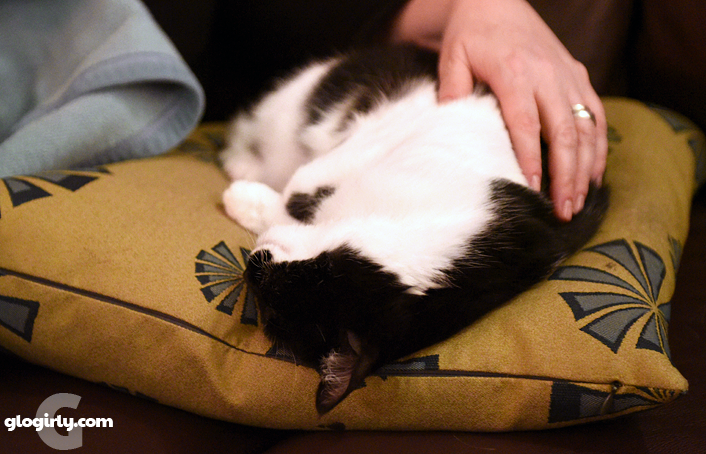 After an hour or so, Katie repositioned herself on a favorite pillow next to Glogirly for Love Fest Part Deux. And as we're clicking that publish button, she's not moved a muscle.

Uh, can someone bring Glogirly a soda?