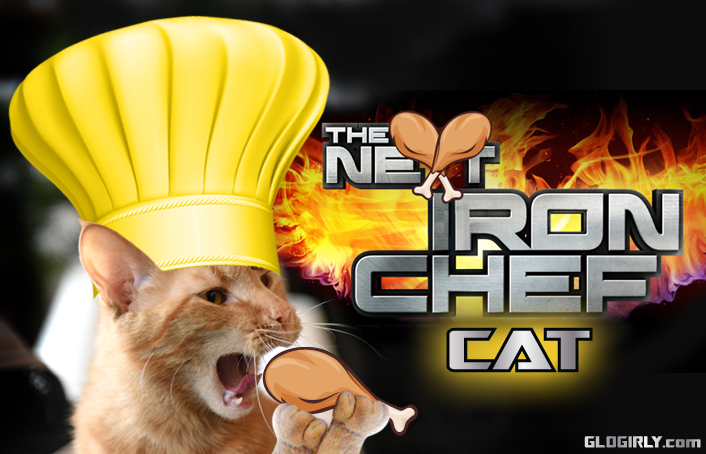 ANNOUNCER:  Nearly a week ago, a cat's fantasy became reality in a form never seen before -

The motivation for spending his fortune (allowance) to create Cat Food Stadium was to encounter new, original cuisines which could be called (loosely at best) true artistic creations. 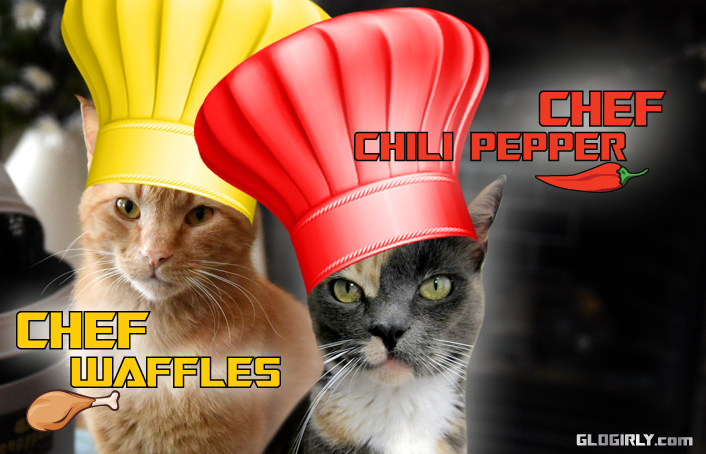 ANNOUNCER:  Some of the greatest cat chefs from around the world will be competing for the title of Iron Chef Cat. Today Chef Waffles will be going head to head, and paw to paw, with Chef Chili Pepper.

Both Chef Waffles and Chef Chili Pepper will have one hour to tackle the theme ingredient of the day. Using all their senses, creativity and skill they're to prepare artistic dishes never tasted before. 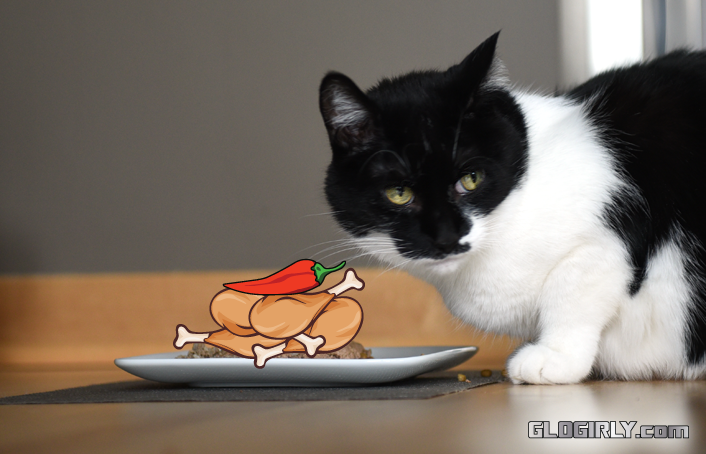 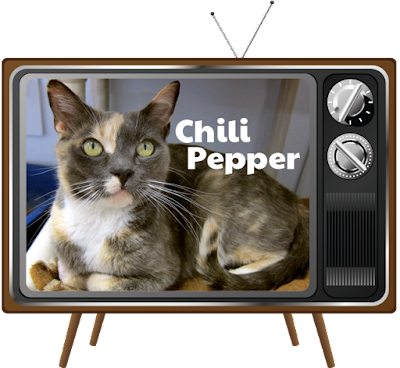 She tolerates other cats, but after six kittens, she’d love to be the only center of attention. Her kittens were Jalapeño, Cayenne, little black Poblano, Chilaca, Habanero, and Serrano.

Special thanks to Maggie Swanson, the talented photographer behind our cameo cats and a devoted volunteer at PAWS.

Maggie is the author of the blog, Sundays at the Shelter, where she features adoptable cats from PAWS each and every week. Her beautiful photos have helped countless cats find loving homes.