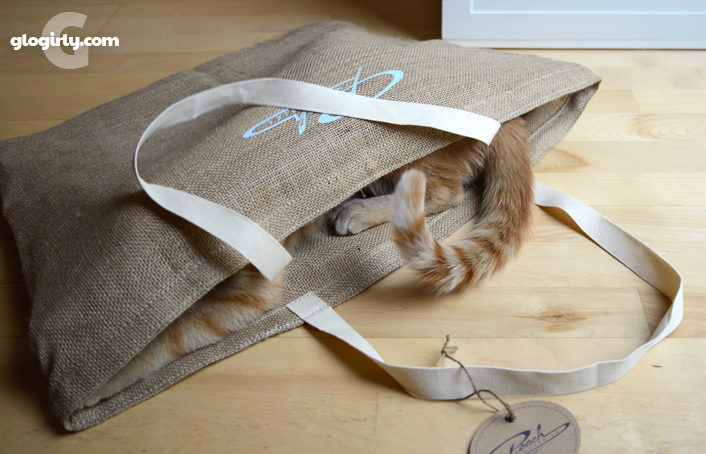 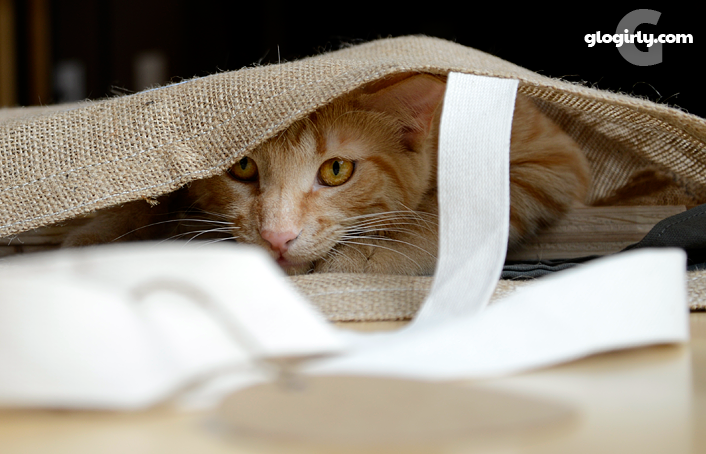 WAFFLES:  All I have to do is crawl inside my super magic bag and TA DA! I'm Waffles the Invisible Superhero Cat. 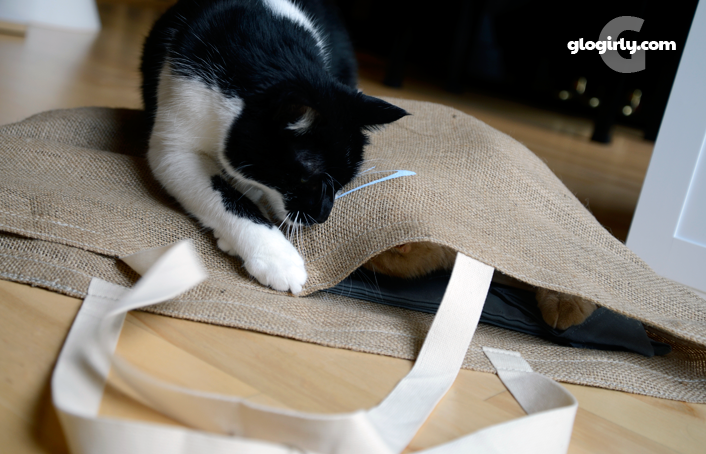 KATIE:  Waffles, I can totally see you. 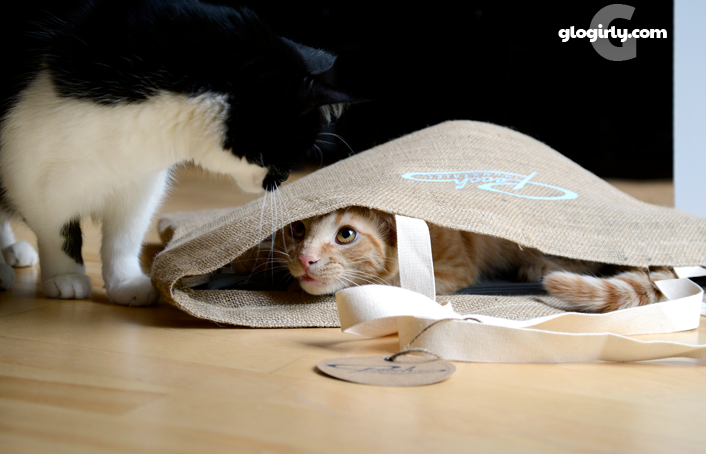 WAFFLES:  But Boss... I'm Waffles the Invisible Superhero Cat. No one can see me.

So often when he's hiding out, Glogirly swears he thinks he's invisible. But with a 15" striped tail, he's never very hard to find.

What's particularly special about the day these photos were taken is that this was one of the first times Katie engaged with Waffles in a playful way. Those of you that have been with us for awhile probably remember that Katie's world was tipped upside down the day Waffles came to live at the Townhouse. It was a very slow road to peace and harmony. In fact we're still traveling that road. But for Glogirly, this day meant there was hope for her furry family and that someday, everyone would get along.