Go Before We Go 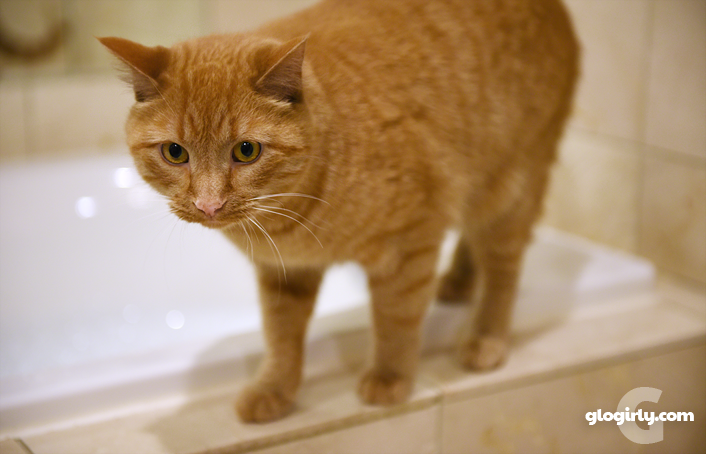 KATIE:  Waffles, just get on with it and go. 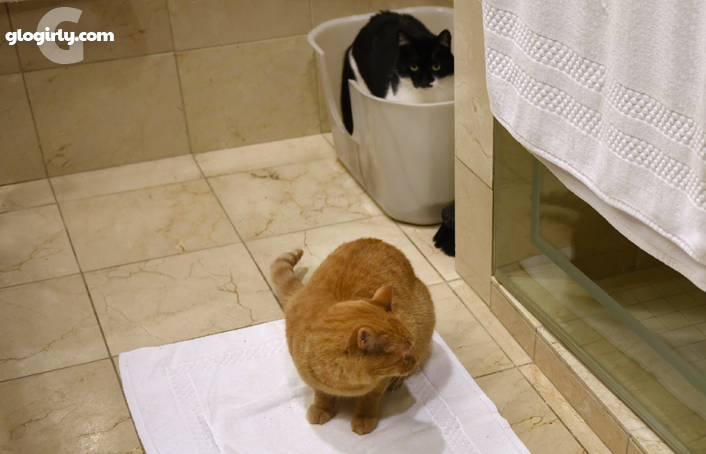 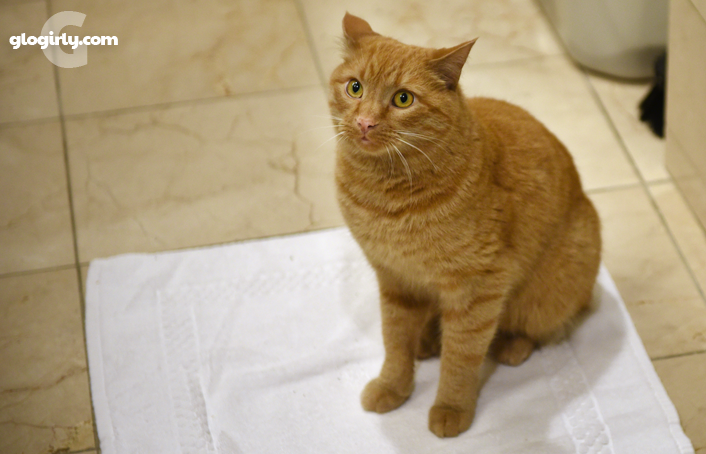 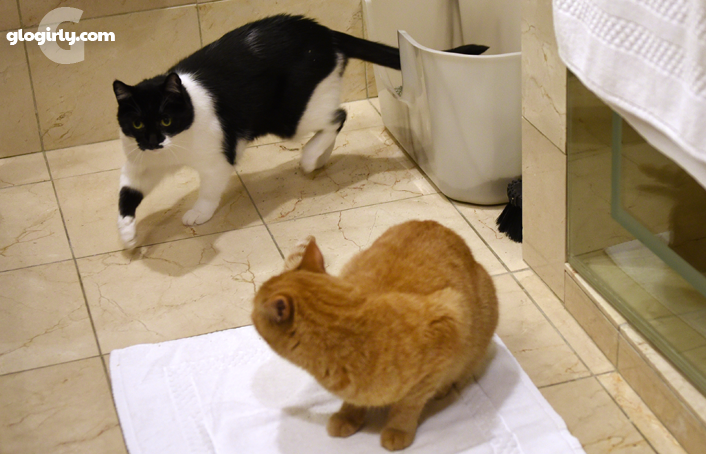 KATIE:  Waffles, you need to learn a little bit about bathroom etiquette. 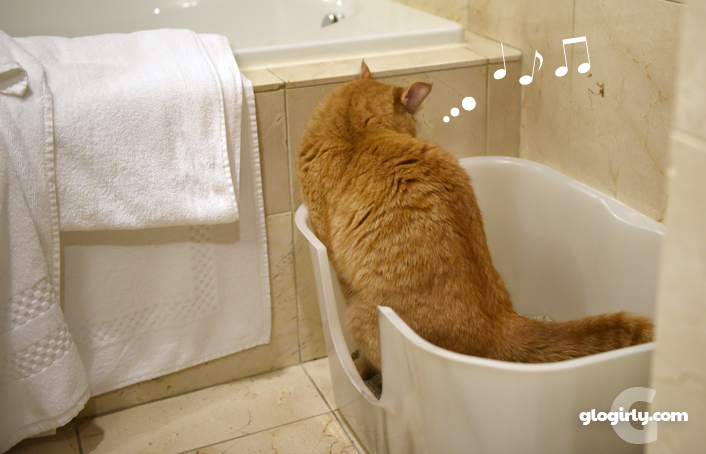 WAFFLES:  ♫♩ The wheels on the box go round and round  ♫♩

About Today's Photos:  Mission Litter Box
True story. While Glogirly was packing up all our hotel stuff,  getting ready to check out, there was a sudden mad dash for the bathroom. She was doing a toiletries sweep to make sure she hadn't missed anything when all of a sudden both Katie & Waffles darted into the bathroom, practically running her over. They were on a mission. A litter box mission.

Apparently they'd realized we were leaving and for all they knew, we'd be in the car for five hours, rather than the five minutes it would actually take to get home. Apparently humans aren't the only ones who make sure they go before they go.