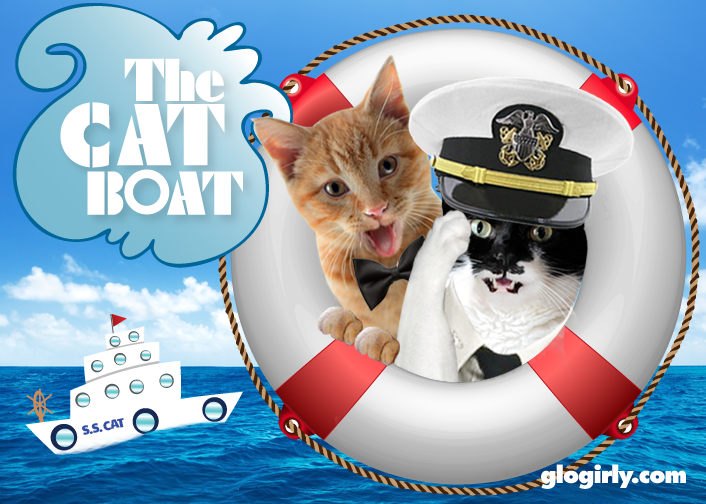 KATIE:  Waffles, a Yeoman Purser is like an assistant. You know, to the captain. Someone who does whatever I tell them to. Like fetching me snacks, fluffing my pillow...

WAFFLES:  Man, this YO man stuff isn't much fun. I don't think I want to be in THIS show.

KATIE:  That's fine. But Cat Boat or no Cat Boat, I'm still the boss of you. 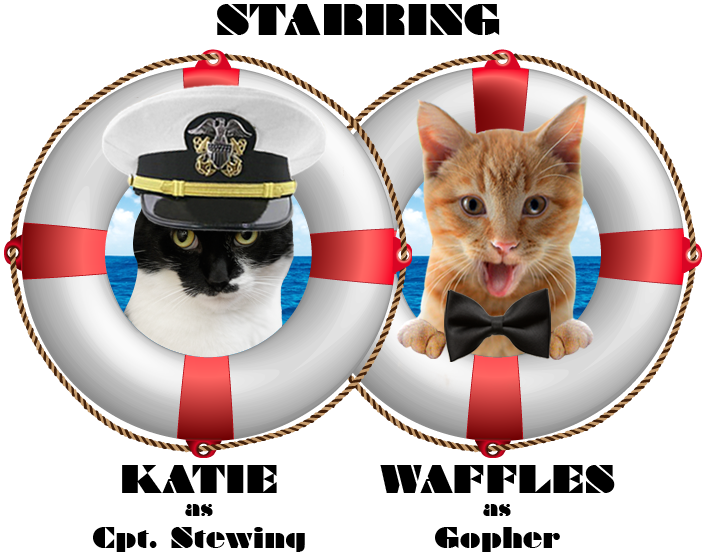 ♫♩
Cats. On cruise ships, who knew?
Come aboard. We’re expecting you.
And Cats… life’s furry reward.
Let us purr, we purr back to you.

The Cat Boat, soon will be making another run.
The Cat Boat, promises something fur everyone.
Set a course for adventure,
You mind on a mew romance…
♩♫

KATIE: Waffles, it's just a theme song. Don't get any ideas. 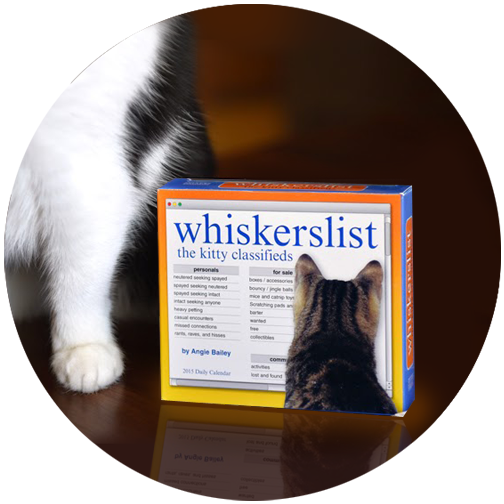 Whiskerslist - The Kitty Classifieds 2015 Calendar Giveaway
Giggle everyday with this hilarious page-a-day calendar inspired by the book that combines two of the hottest things on the internet - craigslist and CATS.

Labels: Captain Stubing, GLOGIRLY-Tails Of A Cat And Her Girl, Gopher, The Love Boat, TV Trip