Waffles Wednesday: I'm Going to be a Movie Star! I'm a real live MOVIE STAR! Yesterday Glogirly and I starred in a MOVIE together!

Most actors would have been really scared on account of the movie was shot on location at my vet clinic. But I'm a really experienced actor and brave too. I did all my own stunts in Waffles & The Red Dot. 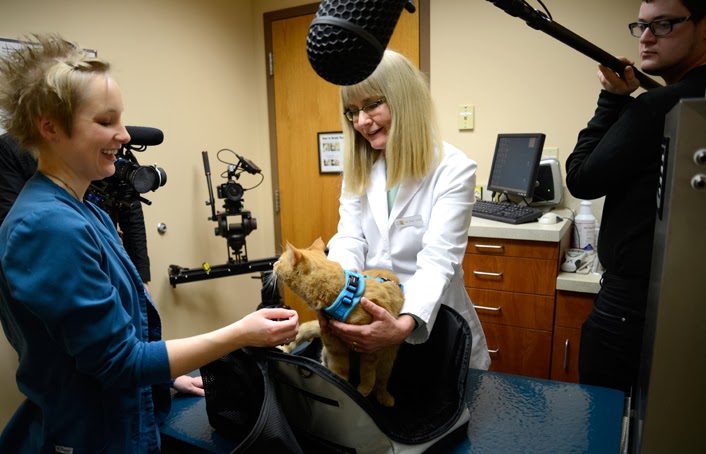 There were lots of people 'on-set.' There was the director guy, his name was Sam. He's the one that's supposed to yell 'ACTION' and tell me what to do. You can't really see him on account of he's hiding behind the one of the cameras. He had TWO cameras rolling the whole time. They weren't rolling on the floor though so I couldn't chase them.

The vet tech's name was Sarah. She was really nice and wanted to tickle me. At one time I had TWO doctors in the room! Dr. Hershey, you know like the candy bar. But she didn't have any candy. And Dr. Reed (above) who pretended to examine me. Don't worry she didn't pretend to take my temperature. 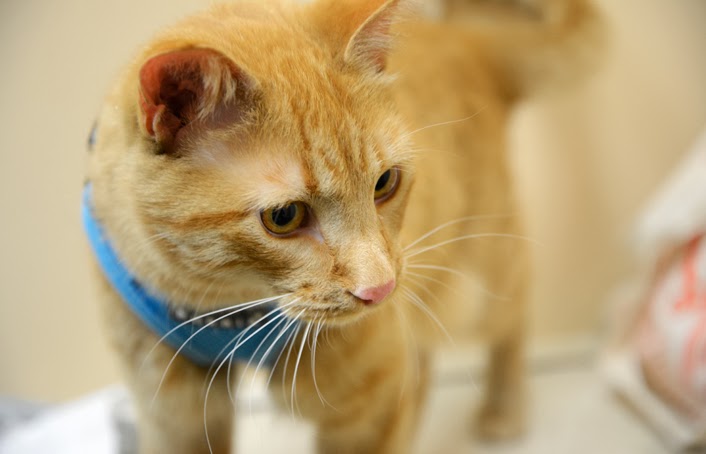 The purpose of the video is to help promote Westgate Pet Clinic and show how great their staff is and how friendly and smart their doctors are too. Dr. Chocolate, I mean Dr. Hershey called Glogirly and pacifically asked for ME! Everyone at Westgate thought I'de be a really great movie star. 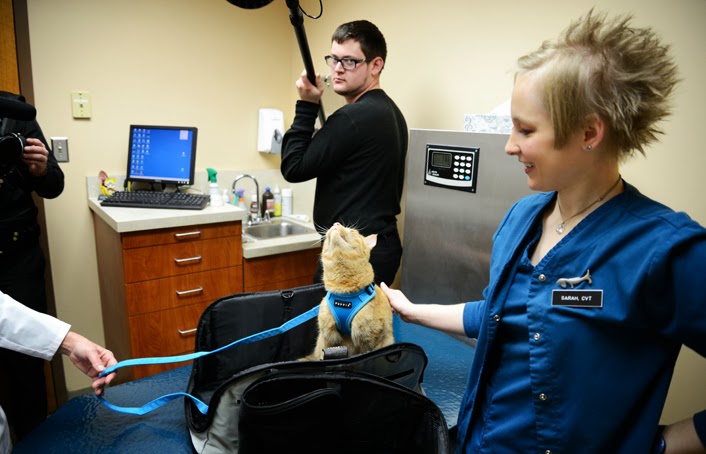 Oh, there was a sound guy too. His name was Tom and he had a GIANT wand toy he called a microphone. It was HUGE. I told him it really needed some feathers and bells and stuff. But I don't think he liked that.

They even talked to Glogirly. They asked her some questions while she was holding me. She told them about my therapy cat work and what a good kitty I am. 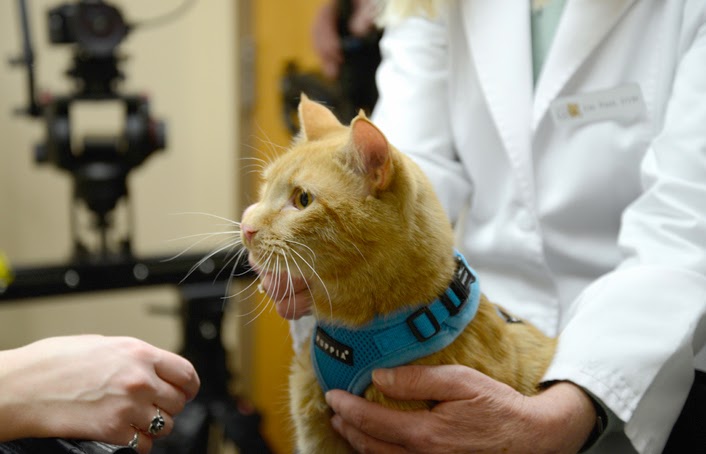 The video won't be done until January, but don't worry! I'll let you see it when it releases. I wonder if I need to get a fancier harness for the red carpet? 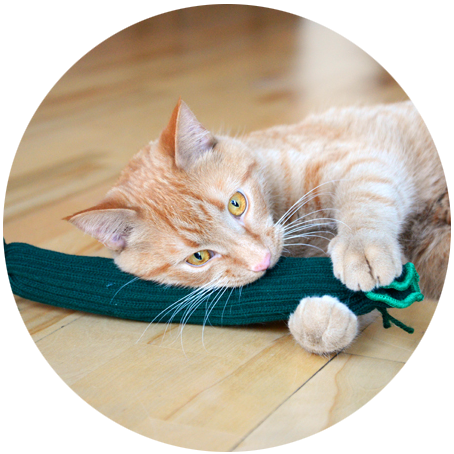 LAST DAY TO ENTER!
Tickle Pickle Pack Giveaway from Tipsy Nip
Enter to win a custom Tickle Pickle Pack valued at $46.50. This is a pawsome collection of some of the finest catnip toys on the market!
Giveaway is open to GLOGIRLY readers WORLDWIDE!
Deadline to enter: Wednesday, December 18, 11:59pm EST.