What Makes the #CuriousCat Tick?

We've written this post on behalf of the BlogPaws Pet Blogger Network for Royal Canin. We are being compensated for helping spread the word about Royal Canin, but GLOGIRLY only shares information we feel is relevant to our readers. 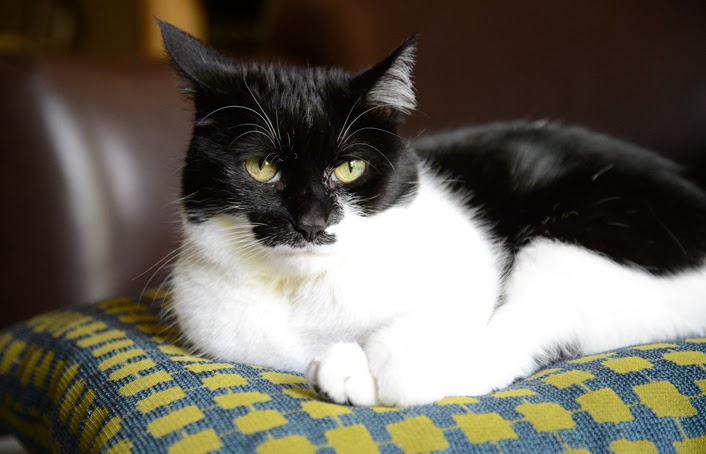 KATIE:  People are SO curious about what makes us cats tick. But we keep our secrets closely guarded, like a precious wand toy or the most delectable of treats. Even Glogirly, as hard as she tries, still hasn't completely cracked the cat code.

Recently the people at Royal Canin uncovered a few of our secrets. They released results of a national survey of cat owners, dispelling myths and shedding light on the oh-so-elusive relationship between cats and their people. They've asked me and Waffles to help share the findings.

I realize you probably think I know everything about, well, everything. But I must admit, some of their discoveries... hold onto your fur... surprised even ME! 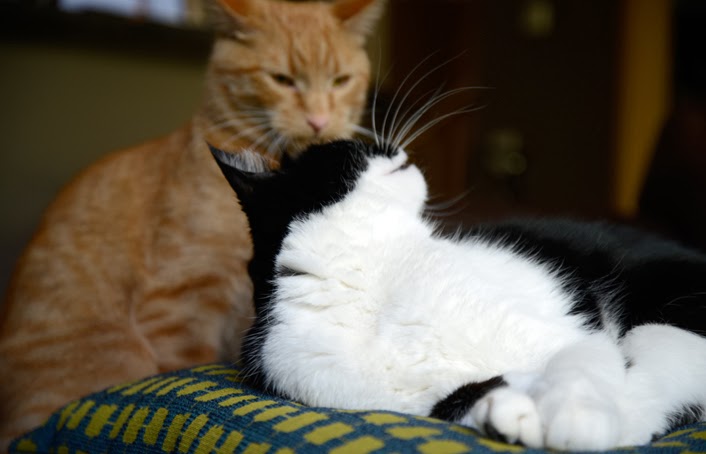 KATIE:  Waffles, do you have to go?  I told you to go before we started.

KATIE:  Not yet, Waffles. Wait for your cue.  Now it shouldn't come as much of a surprise that some of the most interesting secrets revealed involve FOOD. I sure hope you're sitting down for this first one though. 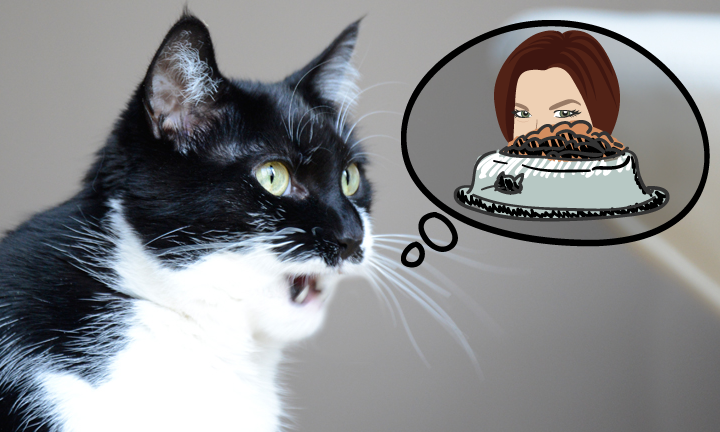 KATIE:  Did you know that 15% of cat owners TRY their cat's food??? They actually TASTE it!!! I KNEW something smelled off at breakfast this morning. Waffles! Go smell Glogirly's breath. 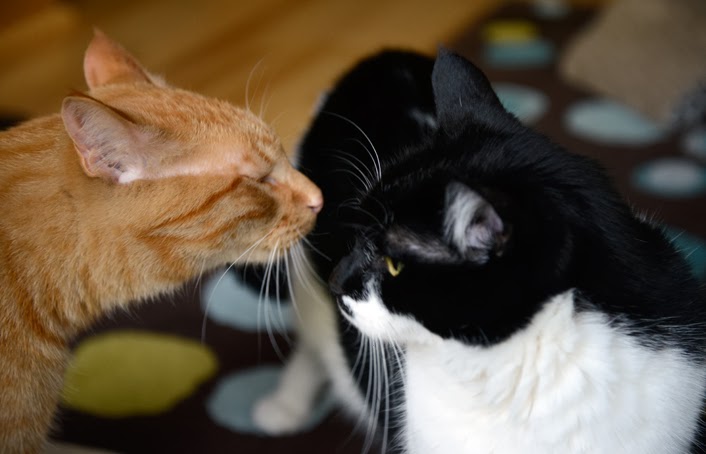 KATIE:  Not ME, Waffles, GLOGIRLY!  You know, the tall one that feeds us every morning.

And 42% of cat owners would change their food if their vet recommended it.

WAFFLES:  You mean like when you had to go on a diet because you were...what did the vet call you again? O-beast?

KATIE:  For the record, I was just fluffy. But yes, I did trim down to my former girlish figure and nutrition played a big role in my weight loss, as did chasing you around the Townhouse.

The study also dispelled a number of common myths. For one, the majority of cat owners consider us to be low maintenance. 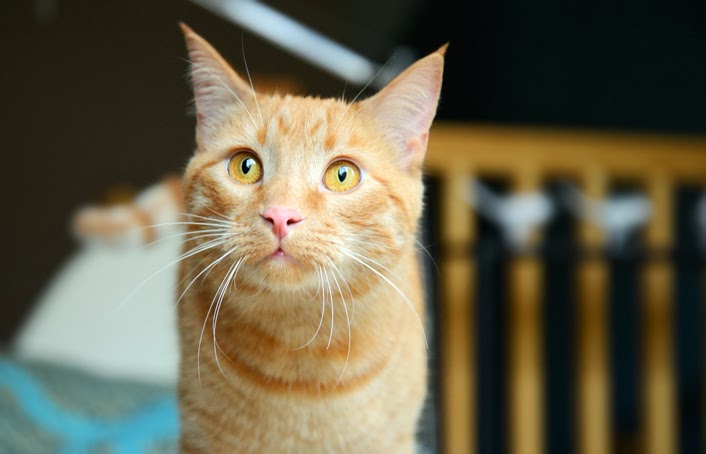 KATIE:  For some reason they think we sleep all day. We might spend a nominal 16 hours/day resting, but we also maintain a rigid schedule of important tasks like hunting, hiding and marking our territory. Cod knows, I'm constantly trying to get rid of the smell of Waffles around here.

WAFFLES: But what about playing? Do they know we like to play? I mean a LOT?

KATIE:  What many don't realize is that playing for us is actually hunting. 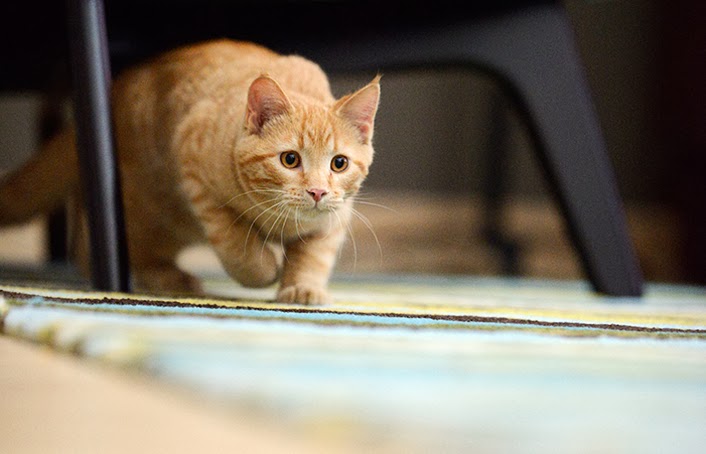 Another impressive talent we have that many cat owners might be surprised to hear, is how vast our vocabulary is. Cats can make up to 100 sounds. Dogs are rookies at a mere 10. 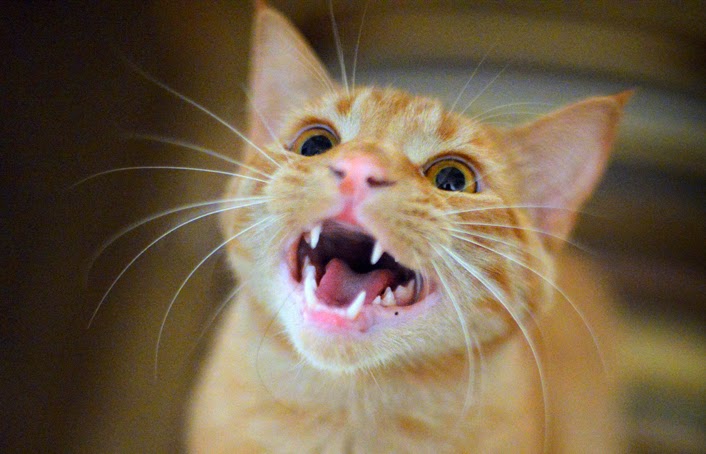 KATIE:  Frankly I think you make ONE sound about 100 times an hour.

WAFFLES:  Does opening the food cabinet count as one of my sounds?

To learn more and save $7 on any Feline Health Nutrition formula, just visit Royal Canin on Facebook.
Click to SAVE $7