Shocking Discovery At The Townhouse 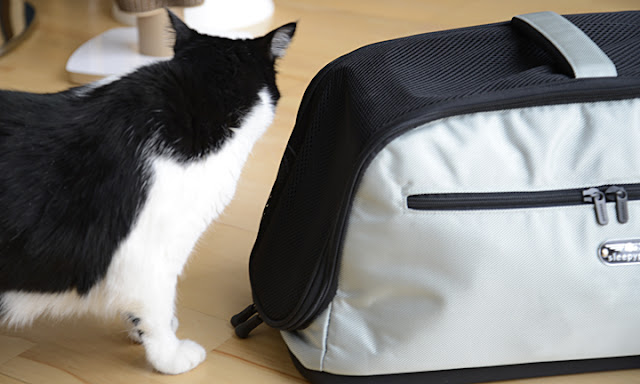 There's been a very concerning development here at the Townhouse. It's hard to even look at it.

At first I thought it was another piece of luggage. Maybe a fancy camera bag. But upon closer inspection, I discovered what appears to be a zippered entry point with a mesh top and sides. Then my heart sank. I noticed one of my TOYS inside. I'm afraid to say this can mean only one thing. 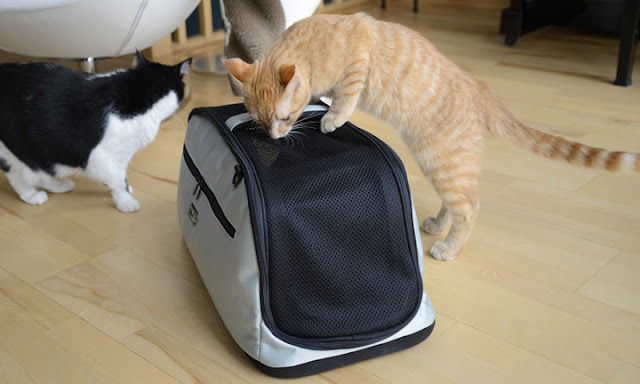 Waffles Too was quick to the scene. Checking out every inch of it. 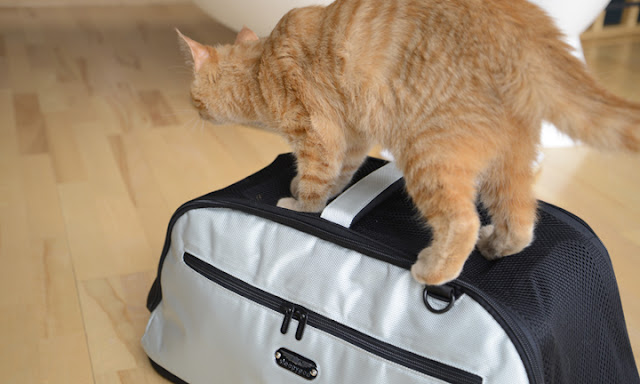 Rookie mistake. Any cat with half a brain knows to run UTB when a PTU comes out. This is NOT a toy.

Out of the clear blue, Gloman appeared and scooped me up while Glogirly unzipped the case to expose a dimly lit, cavernous hole. The incredibly soft and plush barren floor didn't even have a blanket. Trapped inside I was nearly overcome by new-PTU smell.

It became clear this was not a test run to make sure I fit inside the new mobile jail cell. Glogirly's profuse apologies meant we were going somewhere. And it wasn't to the mall for smoothies and sandals. 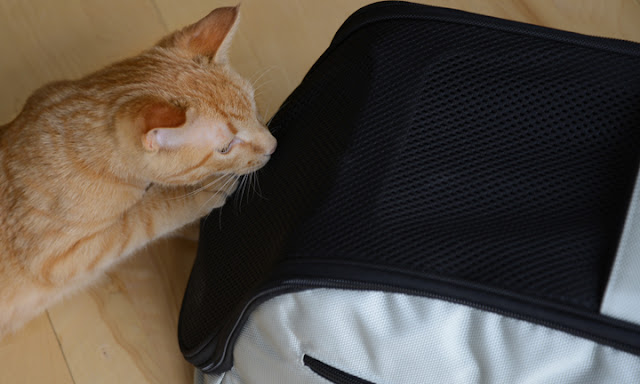 Thanks, Waffles Too. Thanks alot. Way to stare at me in my most vulnerable state of suffering. What? You want me to say hi to the Vet for you?  *sigh*

You have NO idea what it's like living with the Vet's "pet" patient. 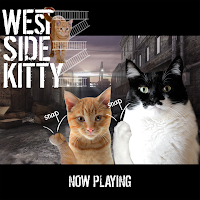 1800PetMeds Photo Contest:
What Would Your Pets Do If They Had Thumbs?

Anyone can enter. All you need is a fun photo and a clever caption.
We would be ever-so-thankful if you have a moment to vote for us.
• Voting is through Facebook, so you'll just have to log in once and then it will remember you.
• You can vote once everyday...not that we expect you to. But maybe you're bored.
• Or maybe you just want to look at our picture over and over and over again.
• Voting ends on Mar 31.

VOTE HERE FOR GLOGIRLY'S West Side Kitty
"If Waffles & Katie had thumbs, Broadway would NEVER be the same."


Labels: GLOGIRLY-Tails Of A Cat And Her Girl, Pet Carrier, PTU, UTB, VET