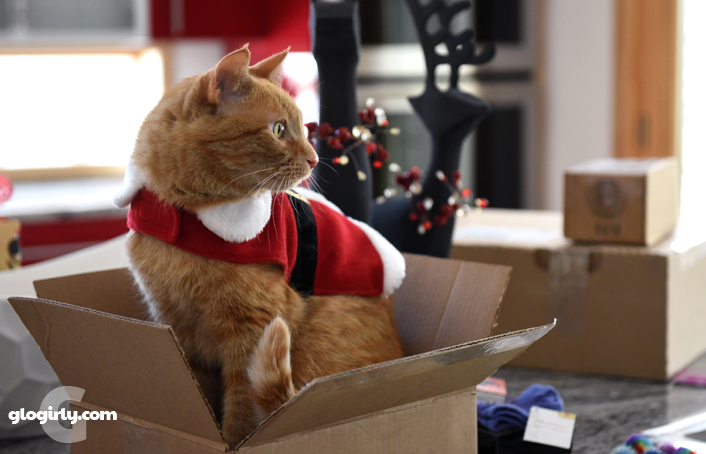 WAFFLES:  Hey Boss, where does this one go? 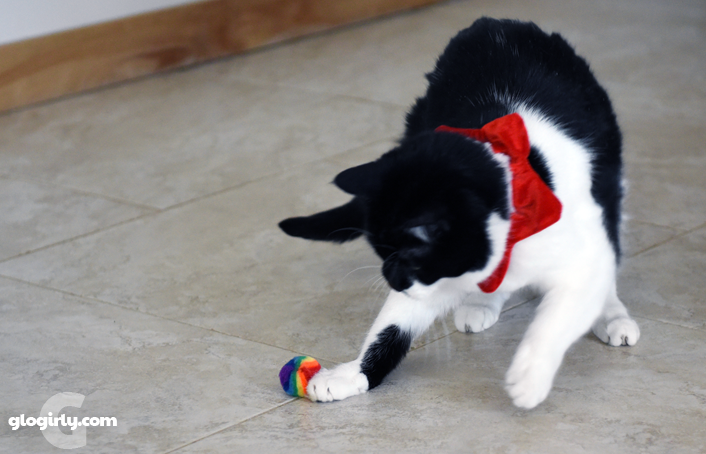 KATIE:  Watch it, Waffles. Or YOU might get packed in that box. 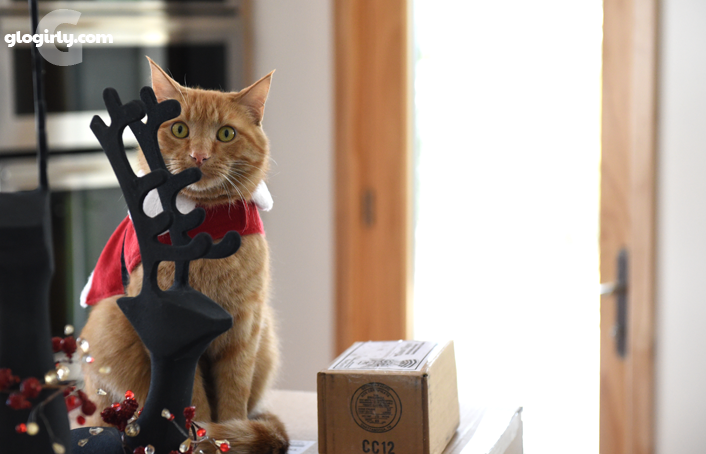 WAFFLES:  Well who's it going to? Because if it's going to the Colonel, I'm IN.

KATIE:  Pretty sure it's going to Glogirly's friend in NYC.

WAFFLES:  Well isn't there a KFC in NYC? OMG! Maybe Glogirly's BFF can take me to the KFC in NYC. Then I can meet the Colonel IRL. 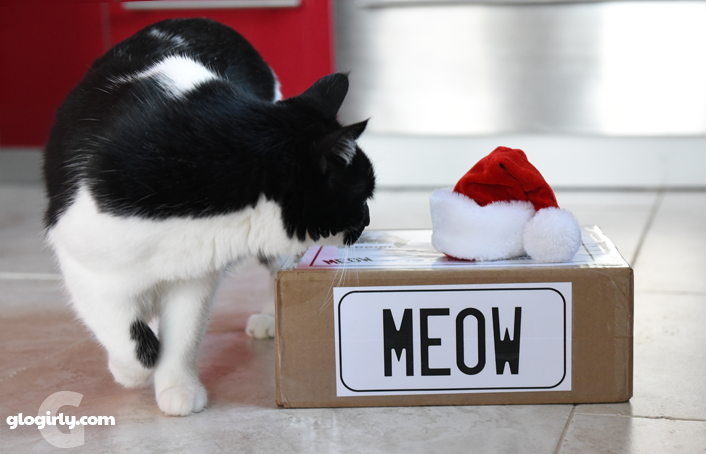 KATIE:  You know, Waffles. Despite your exhausting overuse of acronyms, you might be onto something. But I think we're going to need a bigger box.

Wrapping It Up
Glogirly's been busy wrapping up gifts and the temptation of boxes, tissue and ribbon was just too much for Waffles. He had to be in the middle of everything.

Katie is more of a spectator. Always keeping an eye out for falling tissue paper and cat toys. 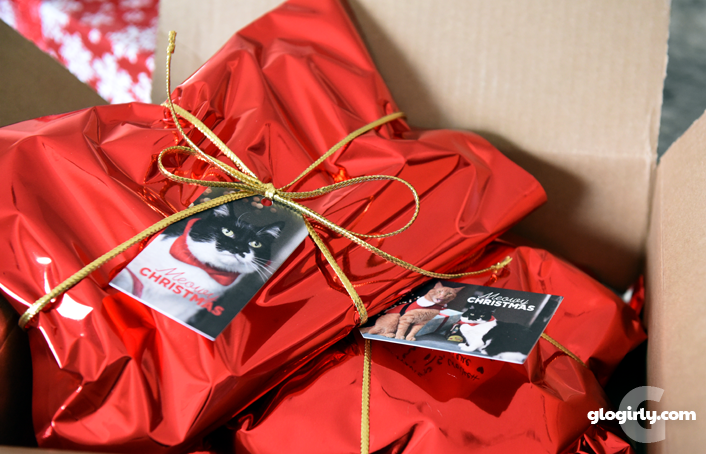 Cat Daddy Enroute!
Gloman is arriving today for a nice long Christmas break in Colorado. Katie and Waffles will be getting lots of quality Cat Daddy time in. ...and so will Glogirly!