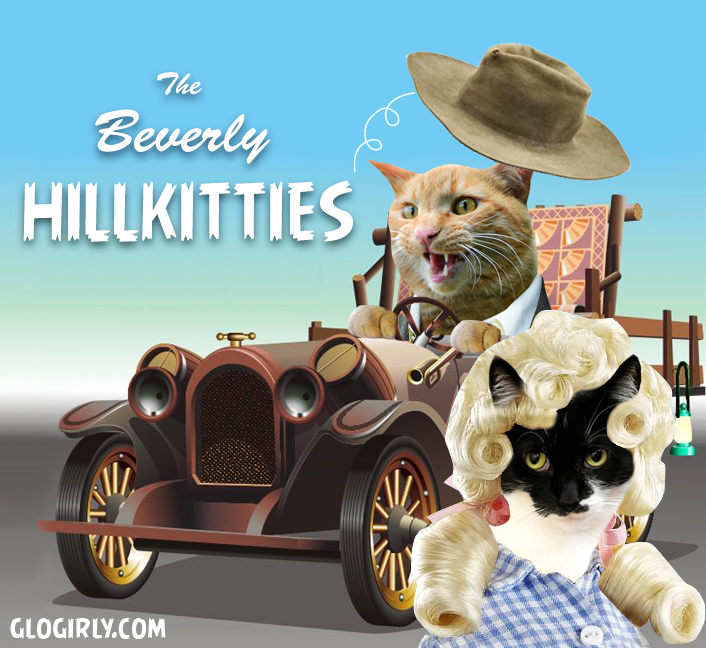 ♩♫
Come and listen to a story 'bout an orange striped cat.
Waffles was his name, but the Boss - she called him Brat.

Hungry day & night, always stealing all her food,
Then up on the counter, he grabbed and he chewed. 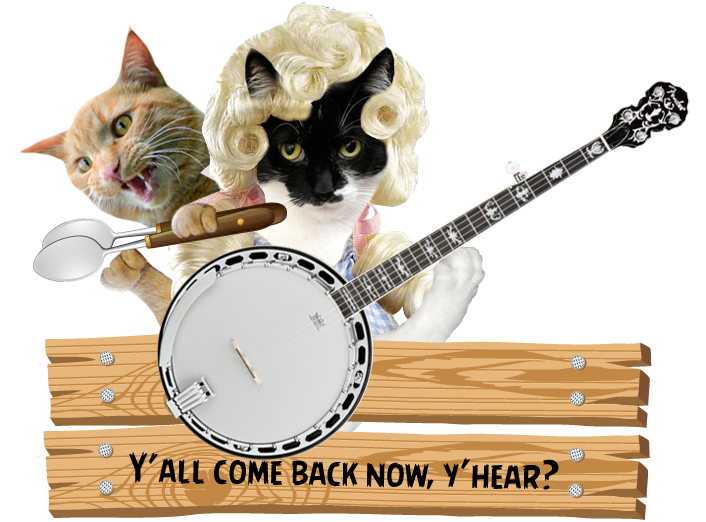 TV Spoof Flashback Week!
Some of our most favorite TV spoofs are all about the theme song. Of course, finding words that rhyme with Waffles and orange is never easy! When it comes to living with Waffles, Katie would say that's never easy either.

The Beverly Hillbillies was a little before Glogirly's time, but thanks to reruns, she's seen ALL the episodes. And now, thanks to this blog post, she's got that banjo music stuck in her head.

And we bet you do too!

About Our TV "Trips"
From 2014-2015 we published a weekly feature called TV Trip Caturday, featuring some of Glogirly's favorite TV shows from the 70s and 80s. It gave her a chance to develop her Photoshop prowess and often, we included an adoptable kitty from PAWS Animal Welfare Society.